Did NASA designate a "new cloud" called a sundog in 1998? No, that's not true: A sundog is not a cloud. It is an optical phenomenon caused by refraction of the sun's rays by ice crystals in the atmosphere. This phenomenon is not caused by nano-sized metallic particles sprayed in the sky, nor is it new -- in 350 B.C.E. the Greek philosopher Aristotle described "mock suns" in his treatise, "Meteorology." In 2017 the World Meteorological Association published a new edition of the International Cloud Atlas, which includes several changes in cloud classifications. Sundogs, technically termed parhelia and included with the photometeors in the International Cloud Atlas, were not among the changes.

The claim appeared in a video posted on Instagram on July 25, 2022. The post has a lengthy caption that includes a sales pitch for detox products. The scope of this fact check does not extend to the products. The caption begins:

If you see these clouds... just know - you are looking at direct evidence with your own eyes, of the covert war on humanity.

This is why we have to stay strong and detox our biological systems. They want to merge us with Artificial Intelligence by implanting us with nano sized biomedical devices from Chemtrails. I wish I was kidding. 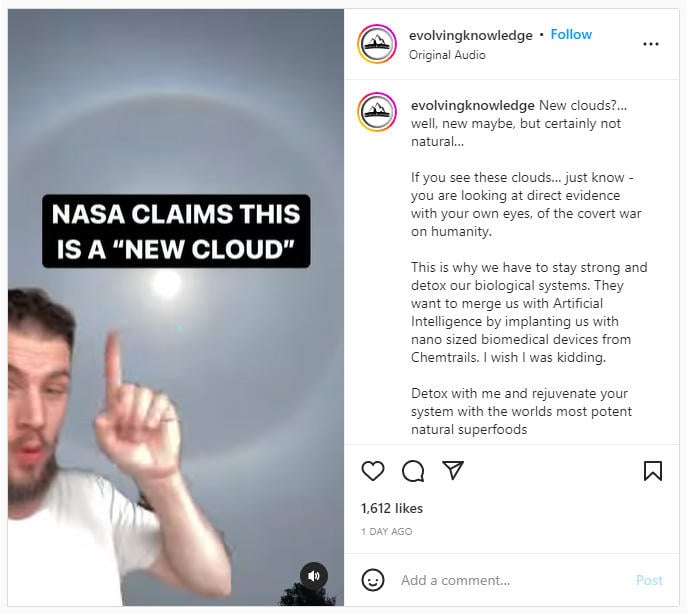 The video begins with an image of a 22° halo ringing the sun in a hazy, featureless sky. The sheer cloud in this photo is technically called cirrostratus nebulosus. The video includes more image examples, some of which include incidental condensation trails or contrails. The first three images (below) show a 22° halo with no sundogs, the fourth image shows a single left side sundog with no 22° halo, and the last image shows contrails made by passing aircraft. Complicating matters, the narrator calls the 22° halo a sundog.

So I took this picture yesterday and you won't believe what you're looking at in this image. In 1998 NASA came out and said there's a new type of cloud. It's called a sundog.

There is no evidence that NASA identified a new cloud in 1998 and called it a sundog -- a sundog is not a cloud. Lead Stories did reach out to NASA to inquire if there have been any new clouds identified by NASA in 1998 or recent years and we will update this article if appropriate.

In 2017 the World Meteorological Association published a new edition of the International Cloud Atlas, which had not been updated in 30 years. Several new cloud classifications were introduced, and the Atlas was reconfigured for online use. Of special relevance to this fact check: One of the new classification types is called homogenitus -- these are clouds that "develop as a consequence of human activity." Examples include the cloud seen above a power plant's cooling tower, as well as contrails from aircraft. With this new classification, contrails that persist for at least 10 minutes have been given the formal scientific name "cirrus homogenitus." Those that spread out over time may be identified by the cloud form they resemble, followed by the term "homomutatus."

The video's narrator goes on:

And you will never see this new cloud on a day that you don't see these lines in the sky. And that's because this sundog is the refraction of light from nano-sized metallic particles that are sprayed in the sky, behind planes.

These are the kinds of things you'll see when there's ongoing weather modification operations going on in your sky. There's about 450 weather modification patents that you can look on Google for yourself. And when you think about it, they're trying to control the food supply, energy, transportation, fuel, oil, corporations, media education, but they're not going to control the weather when they have the technological capabilities to do so? Please.

This is not true. Sundogs, 22° halos and contrails can be seen together or independently -- and none is the result of metallic particles sprayed from a plane. Contrails are made of water vapor that freezes into ice particles. While there are some emissions from the jet fuel combustion, an Aircraft Contrails Factsheet produced by the Environmental Protection Agency in September 2000 explains that water vapor is the only required component in contrail formation. This fact sheet also explains that persistent contrails pose no direct threat to public health but that the cloudiness caused by persistent contrails might contribute to human-induced climate change.

Aircraft engines emit water vapor, carbon dioxide (CO2), small amounts of nitrogen oxides (NOx), hydrocarbons, carbon monoxide, sulfur gases, and soot and metal particles formed by the high-temperature combustion of jet fuel during flight. Of these emittants, only water vapor is necessary for contrail formation. Sulfur gases are also of potential interest because they lead to the formation of small particles. Particles suitable for water droplet formation are necessary for contrail formation. Initial contrail particles, however, can either be already present in the atmosphere or formed in the exhaust gas. All other engine emissions are considered nonessential to contrail formation.

The high humidity that supports contrails is frequently the same conditions that support the type of ice crystals that produce phenomena such as the 22° halo and sundogs. Depending on the weather, ice particles from contrails can evaporate quickly or can also stay aloft for hours and spread. Halo-producing ice crystals can originate from contrails, but can also be produced in natural conditions. Representations of halo phenomena, and descriptions such as Aristotle's, date back centuries before jet airplanes. Parhelia are frequently seen in halo displays where there is little air traffic -- in Antarctica. 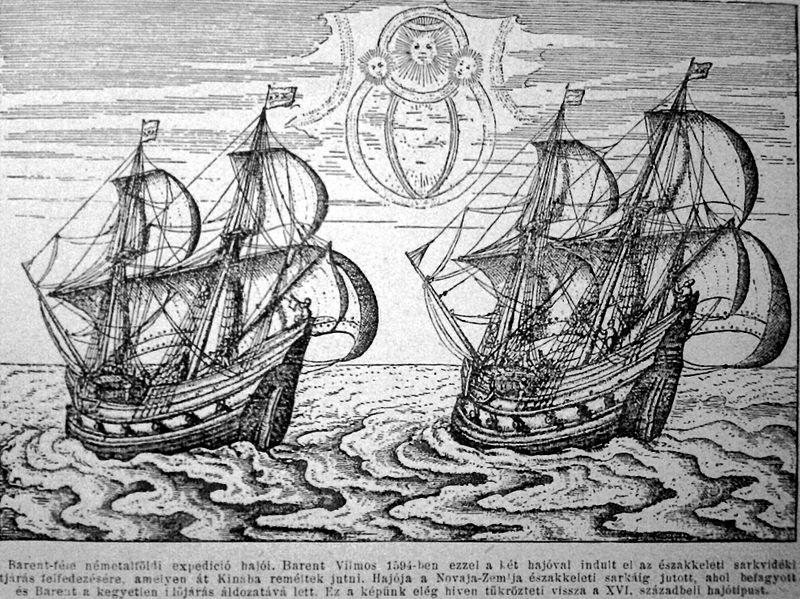 Lead Stories has addressed claims about "chemtrail spraying" in the past -- a collection of photos showing a variety of specialized equipment, a weatherman discussing military use of chaff and a woman who tricked a digital assistant into giving her the answer she was looking for.