Did Spiderman's "Tom Hollard" die by tripping and falling into a well, then freezing to death? No, that's not true: The social media post making this claim misspelled Tom Holland's name when posting the clearly fake announcement. There have been no news reports of Holland's death as of July 2022.

THE TRUTH REVEALED: Spiderman's Tom Hollard confirmed to have died by tripping+falling into a well and freezing to death. 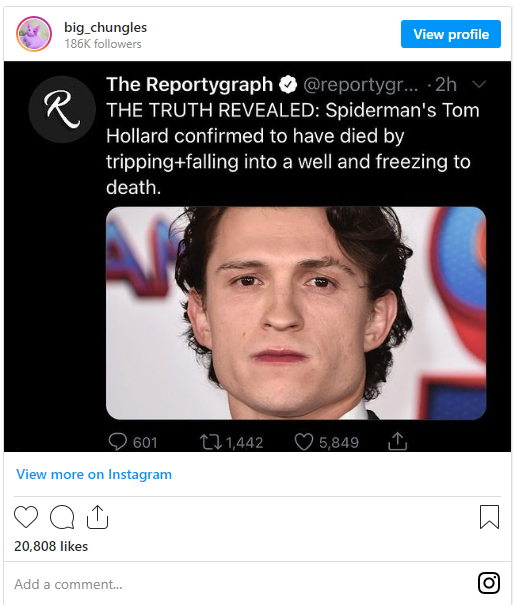 The Instagram account first posted a picture of Holland with the years 1996-2022 on a black and white image along with a lengthy tribute to him: 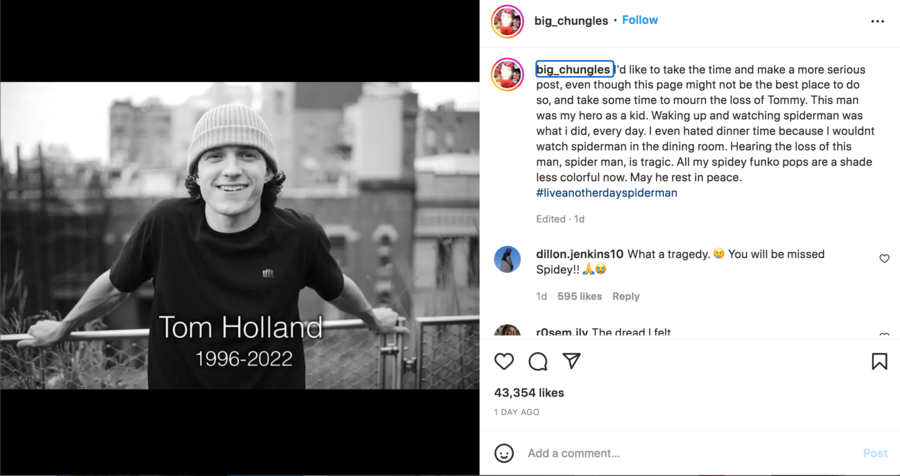 The account then shared several posts including this one that appeared to acknowledge that the claims that Holland had died were false: 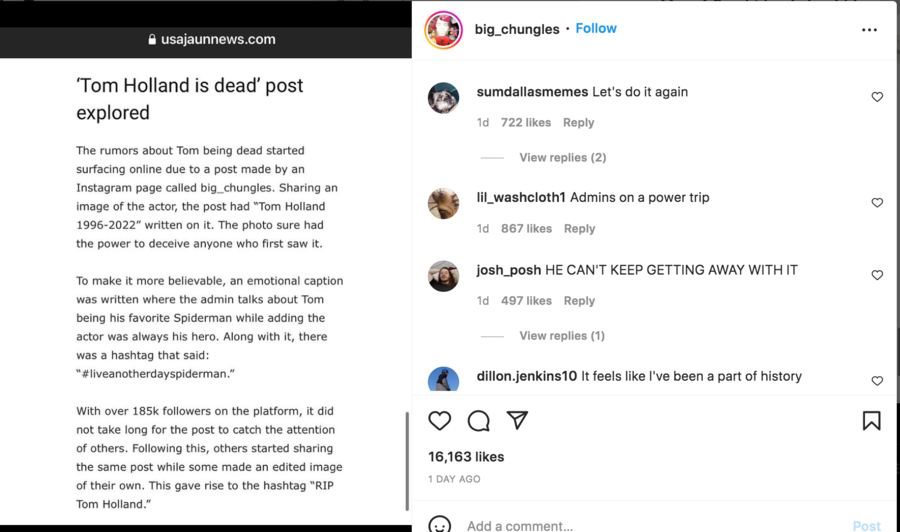 There have been no credible news reports of Holland's death. Lead Stories reached out to his representative and will update the story when a comment is received.