Was Michal Stenger, the Senate sergeant-at-arms, murdered after saying the violence at the U.S. Capitol on January 6, 2021, was an inside job? No, that's not true: Stenger resigned after the January 6 riot, as did other officials who were in charge of security. He died at age 71, on June 27, 2022.

The claim appears in a doctored photograph of Cassidy Hutchinson, a former aide in the Trump administration, who testified at the House January 6 committee hearings. In a Facebook post published on July 12, 2022, Hutchinson is holding up a white piece of paper that appears to read : 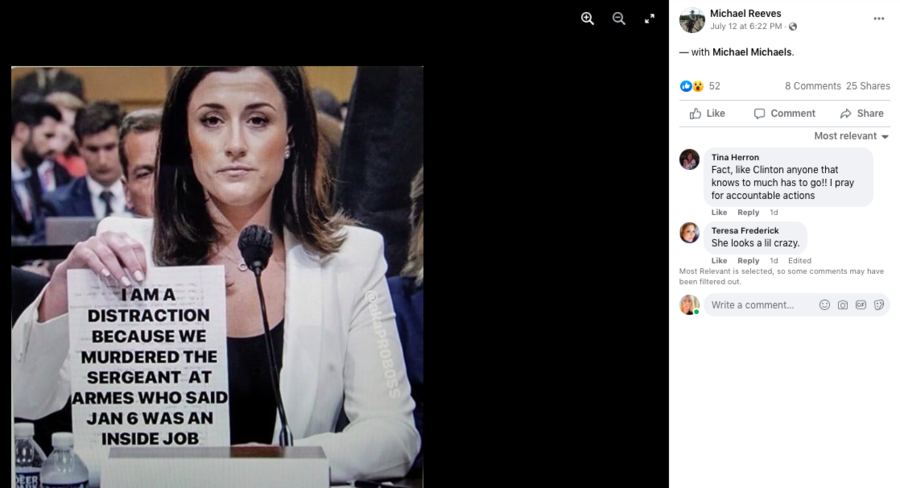 The doctored photo has been taken from a copyrighted photo of her testimony. The authentic photo is below: 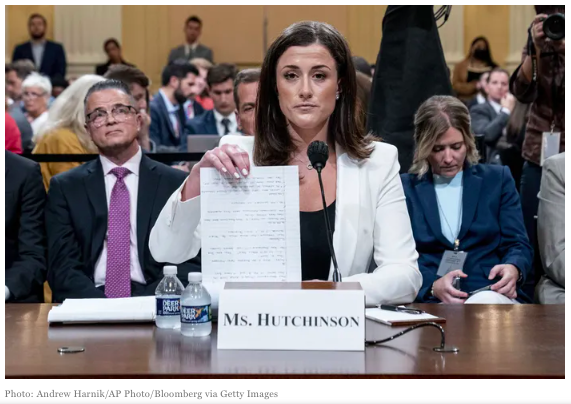 According to longtime congressional correspondent Chad Pergram at Fox News, "Stenger had been suffering from cancer."

NBC News reported that Stenger's death was not considered suspicious:

Stenger's cause of death is not yet known. U.S. Capitol Police declined to comment. The medical examiner in Virginia did not handle his death, a spokesman said, indicating it was not considered suspicious.

Lead Stories has reached out to officials at the Senate sergeant-at-arms office in Washington, D.C., and will update accordingly.