Does a video posted on Facebook prove that Israel destroyed one of Russia's nuclear submarines, the Kazan? No, that's not true: The clip contains an image of a different submarine, and there have been no credible reports about any Russian submarines being attacked, damaged or destroyed by Israel as of August 9, 2022.

The claim originated in a video published on Facebook on August 8, 2022, under the title "UNBELIEVABLE

After 10 seconds of dramatic music opening the video, a robotic-sounding male voice begins:

Despite the absence of any official statements from the command of the Russian navy and the ministry of defense of the Russian Federation, the Israeli media presented satellite images that allegedly depict the Russian nuclear submarine Kazan towed and supported afloat by surface means. 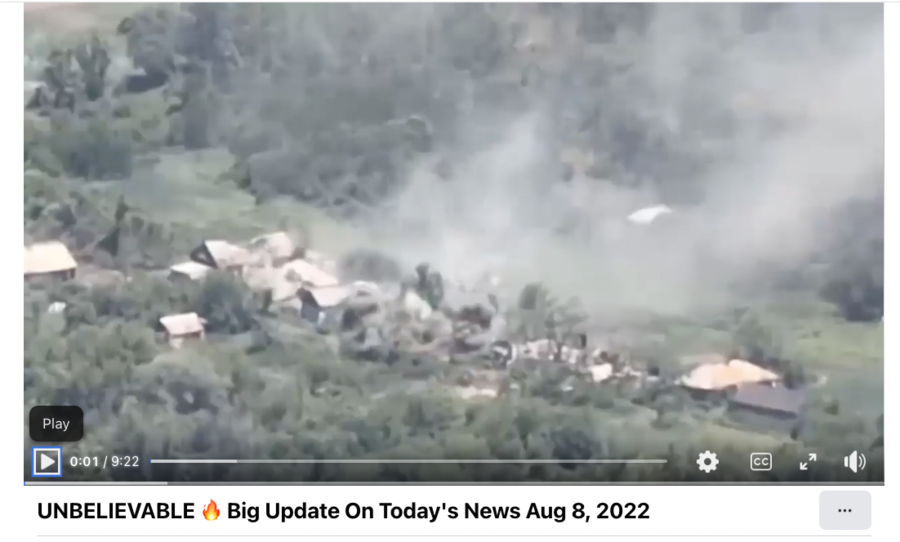 The Kazan, named after the capital of the Republic of Tatarstan included in the territory of contemporary Russia, is one of the most modern and sophisticated guided-missile submarines of Russia's Northern Fleet. But there is no evidence that either the Israeli state, ministry of defense or major media companies (for example, here, here and here) published any news discussing it on August 8, 2022, when the video was posted on Facebook by an account with an image of a crying Vladimir Putin on its profile picture.

Despite the narration talking about satellite images supporting its claim, the video did not contain any of them. Instead, it showed a picture of another Russian submarine, the Dmitry Donskoy. The photo at left below is from the video posted on Facebook. The same image shown at right below of the Dmitry Donskoy appeared in a July 20, 2022, Moscow Times article:

According to the Moscow Times -- an English-language independent news outlet that relocated its team from the Russian capital to Amsterdam after the Kremlin invaded Ukraine in February 2022 -- Russian authorities announced that the Dmitry Donskoy, the world's largest submarine, was decommissioned in midsummer 2022. However, on August 6, 2022, state-owned TASS reported that the sub was in the sea again. On August 9, 2022, another pro-Kremlin resource, Aif.ru, also ran an article saying that the Dmitry Donskoy was still on assignment, and independent Russian-language media, now predominantly operating from offices outside the country, did not contest these reports. No American media published any news articles about that submarine being attacked on the day when the claim appeared on Facebook.