Is it true that chemotherapy and radiation "actually causes cancer"? No, that's not true: Both treatments are rigorously studied, evidence-based effective therapies against this disease: They cure cancer, not cause it. Some people do develop another cancer after the initial diagnosis, about 16 percent. But an oncologist interviewed by Lead Stories says that less than 1 percent of those second cancers are linked to previous radiation or chemotherapy (which is .16 percent), and it's treatable.

In contrast, herbs, advertised in the same Facebook video that made this claim about conventional cancer therapies, are not known for curing cancer. Choosing "alternative medicine" over evidence-based treatments prescribed by licensed oncologists dramatically decreases life expectancy in cancer patients with treatable forms of this disease.

The claim originated in an August 3, 2022, video published on Facebook. Its host, a man who goes by "Yah'ki," begins:

Chemotherapy is mustard gas. That what they used [inaudible] in war to kill hundreds of thousand people. That's chemotherapy. Radiation is literally they isolated the chemistry of the sun, and then they burn all the cells, even the good cells, out of the body. Radiation and chemotherapy actually causes cancer ...

What I would do if I was you, she needs the 'Geo'genetic therapeutic package level 3.' 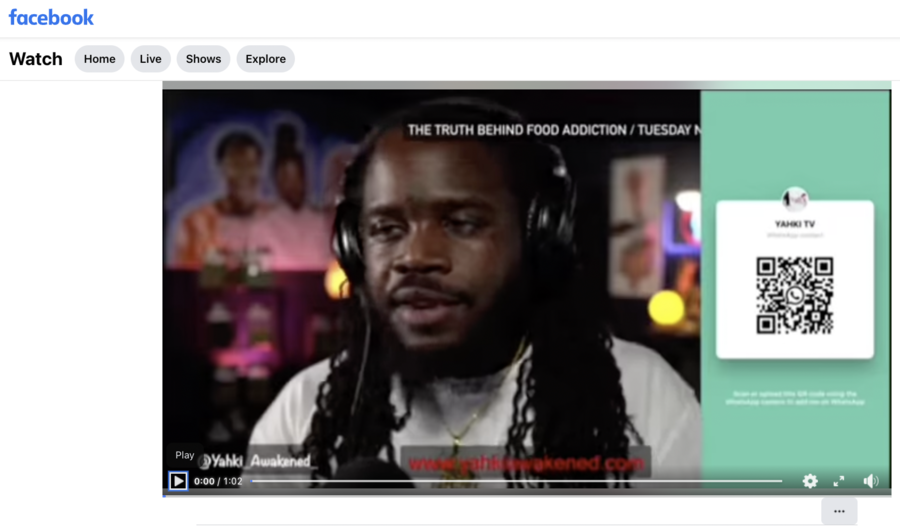 The National Cancer Institute (NCI), a federal government agency, gives the following definition of this disease:

Cancer is a disease in which some of the body's cells grow uncontrollably and spread to other parts of the body.

U.S. medicine uses several evidence-based methods or their combination. Chemotherapy and radiation are on the list of approved treatments, according to the Centers for Disease Control and Prevention.

Both chemotherapy and radiation have side effects, but healthy cells often recover with time. In some cases, patients may develop a second cancer. According to Cancer.Net, a resource of the American Society of Clinical Oncology, one in six cancer patients (or 16 percent) was diagnosed with a second cancer.

However, the odds of chemotherapy and radiation alone leading to new cancers are minimal, according to Dr. Skyler Johnson, oncologist and researcher at Huntsman Cancer Institute at the University of Utah. He told Lead Stories via email on August 14, 2022:

The absolute risk of this occurring is very small (usually 1% or less) and varies widely depending on the chemotherapy used, radiation used, location treated with radiation, and age of the patient. This is complicated as many patients who are prone to develop a cancer, especially at younger ages, are predisposed to develop second cancers, regardless of anti-cancer treatment received. If this rare event occurs, it is generally many years down the line (<10 years) and is treatable.

According to Johnson, direct comparisons between cancer treatments and deadly poisons are dangerous and incorrect:

This is a common scare tactic used to persuade patients not to use chemotherapy. Many substances that serve valuable therapeutic purposes in low doses can be deadly in high doses. For example, potassium, a natural component of vegetables, meat and fruits, plays a vital biological role in humans. It influences the function of nerves, muscles, blood vessels, hormones, and organs like the heart, kidneys and bowels. However, potassium, when combined with another naturally occurring substance, chloride, is a part of the drug cocktail used for executions by lethal injection. It causes the heart stop. The dose generally determines the effect and often makes the poison. It's through rigorous scientific study, that we know the exact doses (natural or otherwise) that may make a something beneficial or toxic.

The video claims that chemotherapy is mustard gas. While it was World War II studies of mustard gas that led to the discovery of chemotherapy, the two are not the same. First, it was not mustard gas but its compound, nitrogen mustard, that showed effectiveness against lymphoma. Unlike mustard gas, nitrogen mustard has never been used as a chemical weapon. Moreover, by now, it has been substituted with other, more advanced classes of drugs in oncology (the full list of drugs approved for different cancers can be found here.)

Radiation, in turn, does not rely on sunlight, as the video claims. Doctors most often use external energy beams similar to X-rays.

A study published in the journal of the American Cancer Society on June 23, 2022, says that as of January 1, 2022, more than 18 million Americans who were diagnosed with cancer were still alive. According to this article, while survival rates vary depending on the site and the stage of this disease, they have increased over the past five decades due to better screening procedures and more advanced treatments.

A 2017 study published in the Journal of the National Cancer Institute, found that people who were diagnosed with cancer and chose alternative medicine (AM) as their sole anticancer treatment instead of receiving conventional cancer treatments (CCT) had much lower chances of survival:

After controlling for sociodemographic and clinical factors, the magnitude of difference was largest for breast cancer because women who used AM as initial treatment without CCT had more than a fivefold increased risk of death. Patients with colorectal and lung cancer had a more than fourfold and twofold increase in risk of death, respectively.

The man who hosted the Facebook video and made the claims about conventional cancer treatments is not a medical doctor. Alexander Hickman, his real name, describes himself as "a Master Herbalist, Holistic Teacher, Crystal Healer, Detoxification Specialist, Reiki Healer, Motivational Speaker, and community activist."

He became interested in herbs after watching a YouTube video featuring Dr. Sebi -- another herbalist without formal medical training who's been cited posthumously in many recent online claims already debunked by Lead Stories.

Hickman also started his own holistic health company. The "Geo'genetic therapeutic package level 3" he promoted in the Facebook video goes for $2,000. The product description says nothing about cancer. The disclaimer says:

These statements have not been evaluated by the Food and Drug Administration (FDA). This product is not intended to diagnose, treat, cure, or prevent any disease.

Dr. David Gorski, an American oncologist and professor at Wayne State University School of Medicine, said this to Lead Stories via email on August 11, 2022, about that "level 3" package:

It just looks like herbal medicine that's never shown to be useful against cancer clinically.

The National Institute of Cancer says that some practices that are not included in a standard medical protocol (for example, yoga and meditation) may complement conventional treatments by helping patients cope with side effects. However, its brochure warns that it does not substitute for evidence-based therapies and that cancer patients should be very careful about any supplements they consume. In this context, "natural" products may not be safe to use because they may interfere with prescribed treatments:

The herb St. John's wort, which some people with cancer use for depression, may cause certain anticancer drugs not to work as well as they should.

Some studies have shown that kava, an herb that has been used to help with stress and anxiety, may cause liver damage.

Vitamins can also take strong action in your body. For example, high doses of vitamins, even vitamin C, may affect how chemotherapy and radiation work. Too much of any vitamin is not safe--even in a healthy person.

A study, published in the same journal on July 11, 2022, looked into cancer misinformation patterns on social media. It concluded:

Echo Warner, assistant professor at the University of Utah and researcher at Huntsman Cancer Institute, who co-authored another article about cancer misinformation, told Lead Stories via email on August 12, 2022:

The main takeaway is that there is no single food, herb, or supplement that is a known cure for cancer or cancer side effects, despite online claims to the contrary. Online cancer nutrition claims are extremely pervasive because they are profitable. This is an excellent example of the extreme lengths that individual entrepreneurs and businesses will go to to take advantage of cancer patients, many of whom find themselves in a precarious situation as they fight a potentially debilitating and life-threatening disease. I often recommend that patients use the CRAAP test to determine the quality and trustworthiness of online information.

Other Lead Stories fact checks about cancer can be found here.