Is a photograph real that shows Ghislaine Maxwell, the former girlfriend of Jeffrey Epstein, partying with the judge who approved the FBI warrant to search former President Donald Trump's Mar-a-Lago residence? No, that's not true: It's been altered. The original photo, previously published by several media outlets in December 2021, shows Maxwell with Epstein, not the judge.

The claim appeared in a Facebook post on August 10, 2022. Under the caption, "Well well," the post included a photograph of what looked to be Maxwell rubbing the feet of a man who is seen holding a bottle of whiskey and a package of Oreos. The post read:

The dude on the right signed the Mar ALago warrant

The photograph is not real. It's been altered. The original photograph, which was entered into evidence during Maxwell's sex-trafficking trial, showed Maxwell rubbing Epstein's feet. It can be seen below: 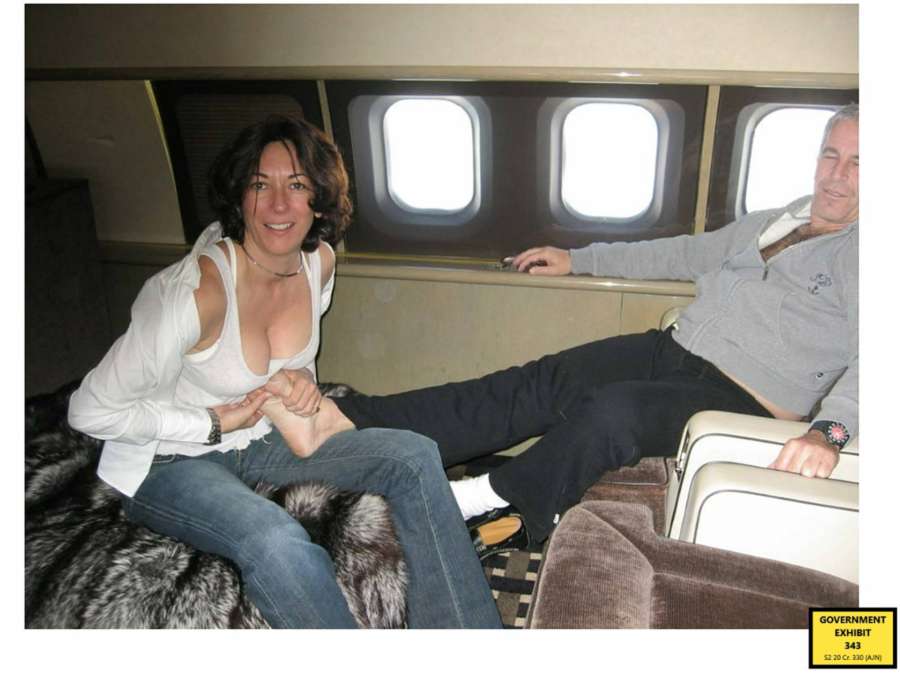 The altered image shows the exact same scene, but with the face of U.S. Magistrate Judge Bruce E. Reinhart pasted over Epstein's. Reinhart approved the Mar-a-Lago search warrant. The fake photograph appears to be a combination of the above photo and a photo of Reinhart that was posted to Facebook in 2017. That photo can be seen below:

Reuters and the Associated Press have also debunked the altered photograph. You can read their stories here and here.

In June 2022, Maxwell was sentenced to 20 years in prison for conspiring with Epstein to sexually abuse minors.