We are happy to announce that we will be donating 4 cars which cannot be sold due to minor scratches as they are still in perfect condition. 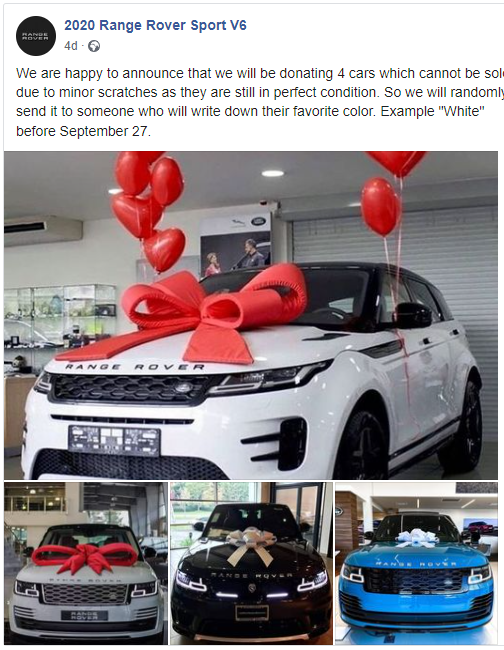 "This is not an initiative from the North American market," Joe Stauble, public relations and communications manager for Land Rover told Lead Stories via email on September 29, 2022.

The claim of free Range Rovers being given away on Facebook is years old, with examples going back as far as 2016, as the That's Nonsense Facebook account noted in October 2016. 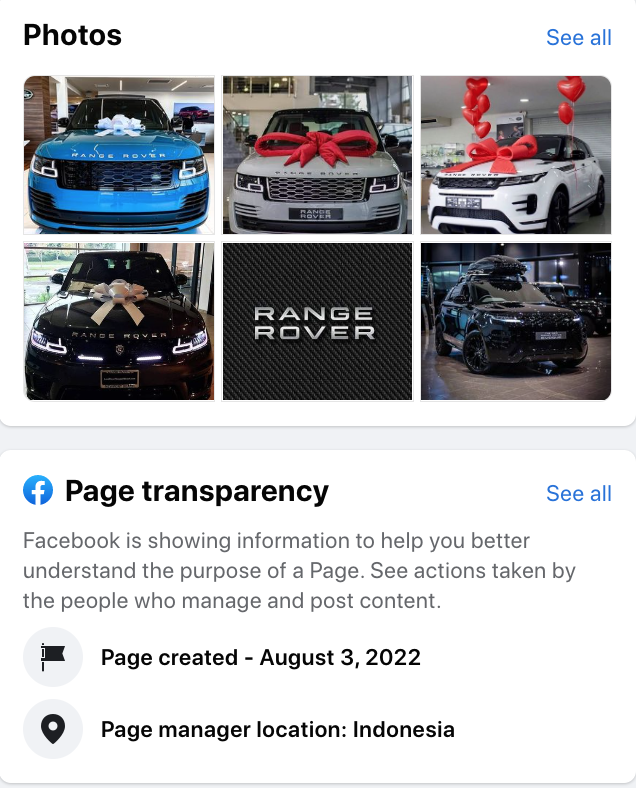 There does not appear to be a dealership address or name that is associated with the page. Whenever a response is received on the account, an automated reply is posted that instructs people to share the post in "5 Facebook groups you are in":

A Facebook account with the slightly different name of Range Rover 2022 made the same offer of four cars that "cannot be sold due to minor scratches" on September 19, 2022, the same day its account was created.

There do not appear to be any winners of the cars on the account as of this writing.

Similar offers for other products, like Toyota cars or "mini fridges," use the same language that the goods "cannot be sold due to minor scratches" and are also found on Facebook. None of these offers appear to have publicly declared winners, either.