Did locals block a NATO column in Moldova on September 18, 2022? No, that's not true: The video that allegedly demonstrates the "evidence" was shot in 2016.

The claim appeared in an English-language tweet (archived here) on September 18, 2022. It said:

Column of #NATO military equipment blocked by residents of #Moldova. They blocked a convoy of NATO equipment, chanted 'NATO we don't need!', 'NATO go away!' & 'We are with #Russia!', which emphasizes the principled position of citizens of this republic. 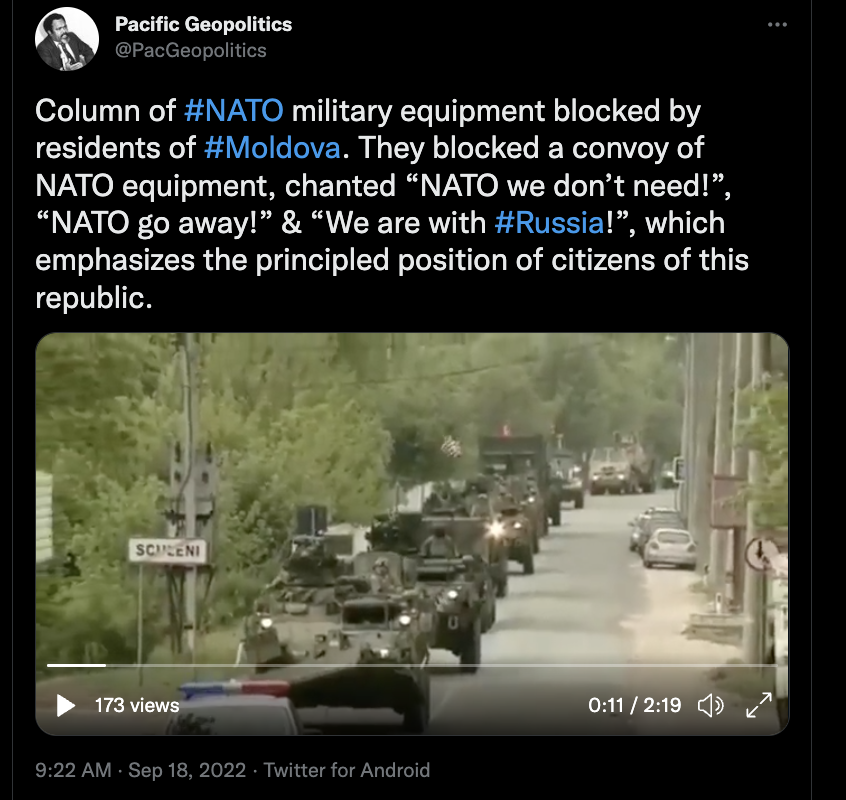 A reverse image search shows that the claim originated from the Russian-language Telegram account of the Moscow-based website Avia.Pro. This website previously spread other false statements debunked by Lead Stories, such as this example. Avida.Pro repeated the claim in Russian-language and English-language articles, illustrated by a magnified screenshot from the video. That screenshot also appeared in a French-language Facebook post with the same statement.

The video was actually shot in May 2016, when Moldova saw a series of anti-NATO rallies: At the time, the pro-Russian opposition perceived joint military exercises of Moldova and the United States as a NATO invasion.

On September 18, 2022, when the clip resurfaced on social media, mass protests erupted in Moldova again. However, NATO was not a part of the participants' agenda.