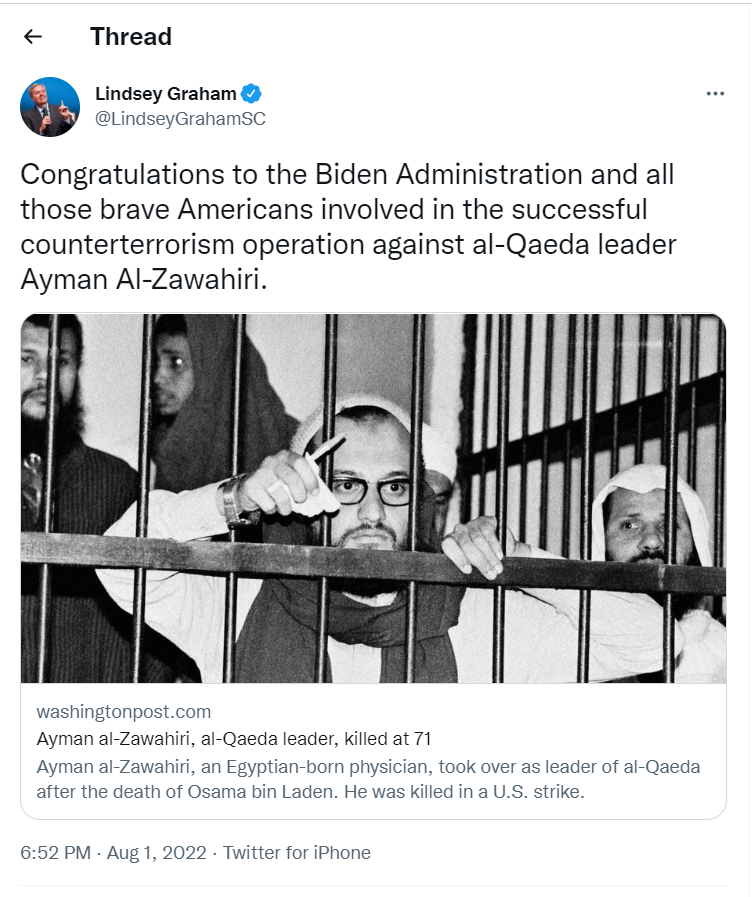 The statements from Representative Katko and Senator Graham were posted prior to the tweet from Dash Dobrofsky. They contain no wording to support Dobrofsky's conclusion that a lack of GOP gratitude for the al-Zawahiri strike "means the Republicans side with Al Qaeda over America."

Representative Liz Cheney's (R-WY) website posted a press release without a time stamp on August 1. On the evening of August 1, after Dobrofsky's tweet, Cheney tweeted her thanks to the Biden Administration and linked to the release.

Nonetheless, on August 4, days after these GOP remarks, Dobrofsky, who hosts a podcast called "Uncovering The Truth," tweeted (archived here) that "I haven't heard any Republicans congratulate Biden for taking out the leader of Al Qaeda."