Did the Swiss government call on its citizens to turn in their neighbors to the authorities if people heat their homes above 19 degrees Celsius (66.2 degrees Fahrenheit)? No, that's not true: A claim on social media originated from a tabloid article that misled its readers about the extent of possible energy-saving measures in case of gas shortages. As of September 13, 2022, there is no indication that Swiss authorities have adopted a policy that incentivizes people to spy on each other for a reward.

The claim appeared in a Facebook post published on September 11, 2022, on the page of Andrea Bassi -- a former local elected official from Verona, Italy, who oversaw residential and commercial construction there until December 2021. The post was written in Italian. However, some English-speaking Facebook users saw it automatically translated to English when it appeared on their feeds for the first time, which appears to have happened due to the Facebook default translation settings. The post's caption, translated, began:

In Switzerland, these posters have appeared to invite citizens to anonymously report their neighbor in case the temperature is higher than 19 degrees.

The post contained an image of a purported placard, or display poster, allegedly spreading in Switzerland. Here is what it looked like on Facebook at the time of writing: 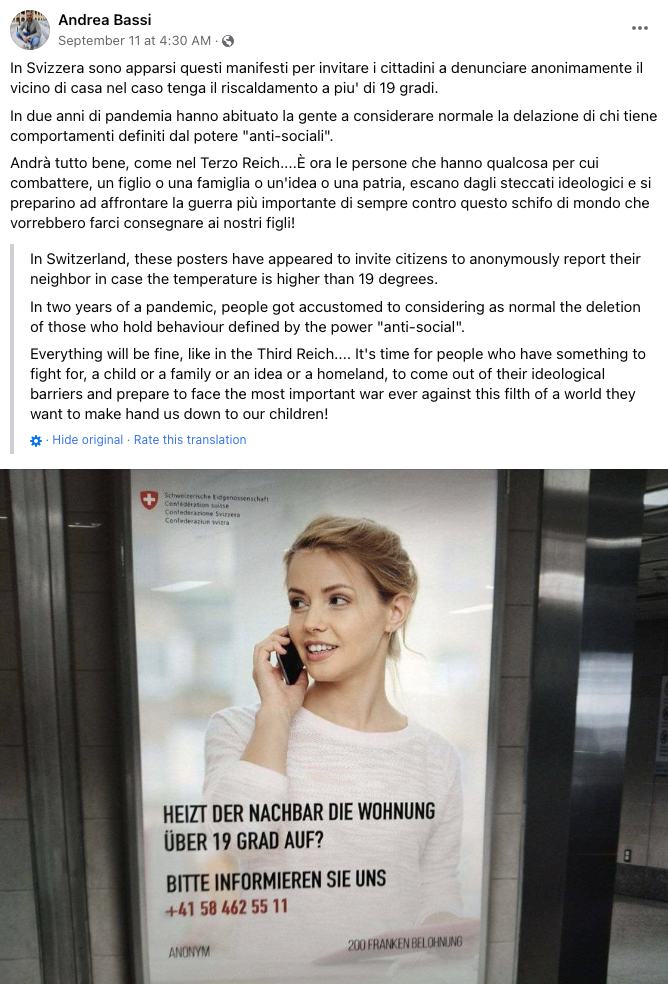 In two years of a pandemic, people got accustomed to considering as normal the deletion of those who hold behaviour defined by the power 'anti-social'.
Everything will be fine, like in the Third Reich.... It's time for people who have something to fight for, a child or a family or an idea or a homeland, to come out of their ideological barriers and prepare to face the most important war ever against this filth of a world they want to make hand us down to our children!

The placard within the post displayed the Swiss government logo. It offered a reward of 200 Swiss francs ( approximately $208 at the time of writing) with text, translated via Google Lens, that said:

The phone number on the poster matched the actual contact information of the Swiss Federal Department of Environment, Transport, Energy and Communications (DETEC.) However, the English version of its website did not show any search results confirming the existence of the supposed bounty for reporting people who heat to temperatures above 19 degrees Celsius (about 66 degrees Fahrenheit): 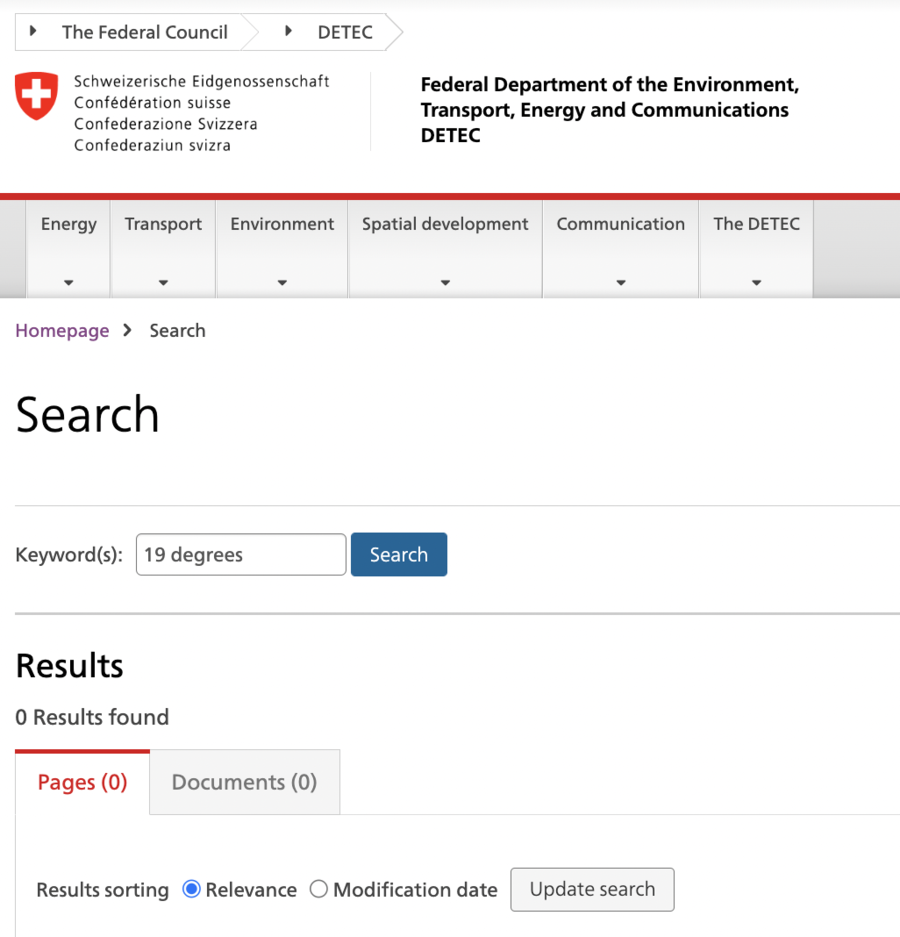 The website of the agency's center dedicated to energy issues, the Swiss Federal Office of Energy, did not show any search results either: 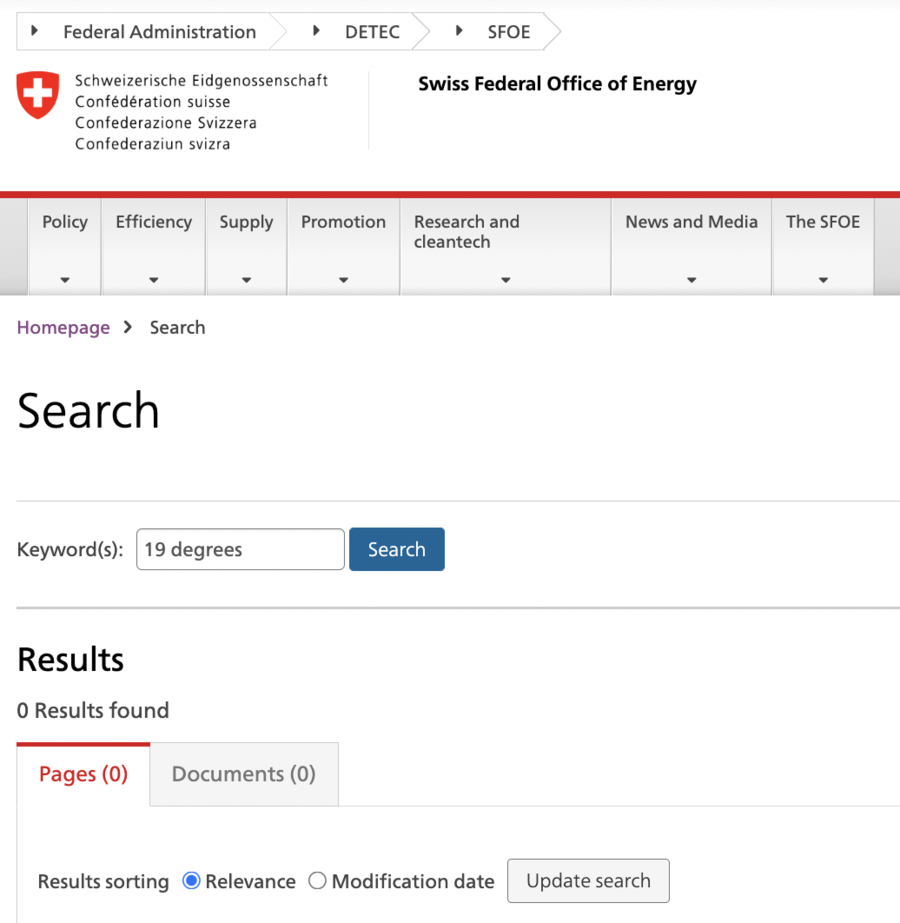 Lead Stories replicated this search in other languages available on the Swiss Federal Office of Energy website (here, here and here), but found nothing.

The exact same picture of the woman from the poster, however, is easily found in a collection of stock images, allowing anyone to use it: 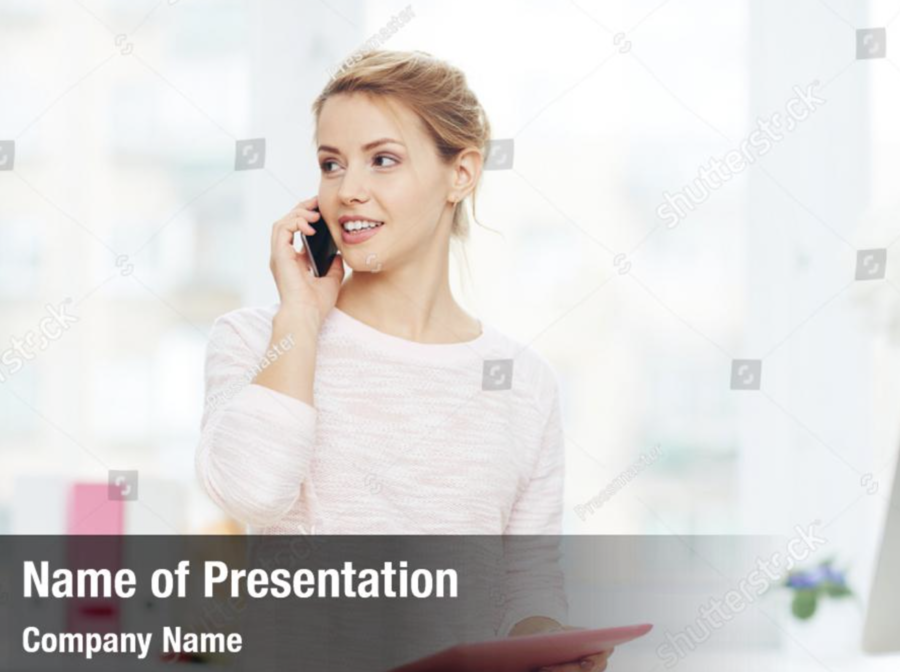 Despite a lack of evidence of this purported incentive's existence, the placard picture rapidly spread in multiple languages, including Russian. For example, it appeared on the Telegram channel of Vladimir Solovyov, a Russian state TV propagandist sanctioned by the European Union in February 2022 in connection to Russia's invasion of Ukraine: 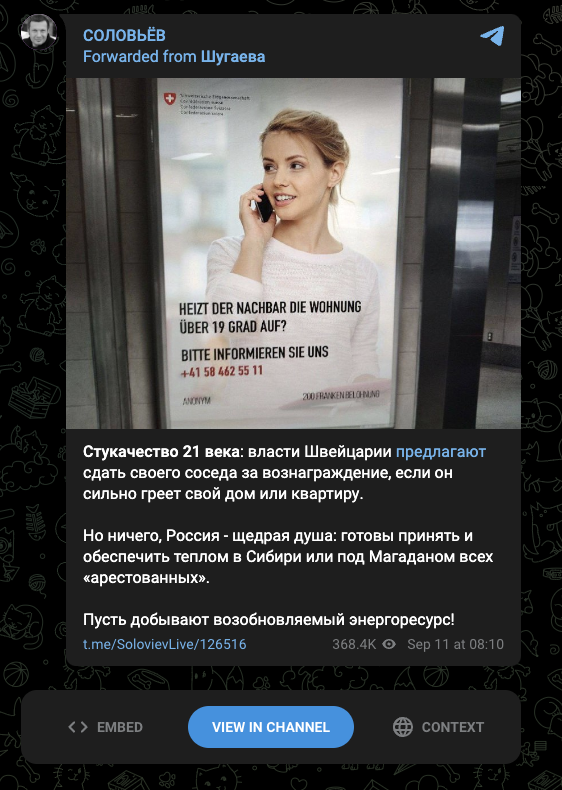 Soloviev's post, translated below, said the following, making an apparent reference to the Soviet practice of forced labor camps:

Snitching of the 21st century: the Swiss authorities offer to turn in your neighbor for a reward if he warms his house or apartment too much.

But Russia is a generous soul: ready to accept all the 'arrested' and provide them with heat in Siberia or near Magadan.

The copy-and-paste repeated wording was present in many Russian and Italian entries on social media. A variation of the same claim, but without references to the placard, was also published by English-language websites (for example, here, here and here.)

The first outlet that ran such story on September 6, 2022, appears to have been a Swiss tabloid, Blick, which carried the story under a headline reading in English, "Heat Sinners Face Jail."

Lead Stories reached out to Swiss agencies regarding the post and Markus Spörndli, a spokesperson for the Department of Economics, Education and Research, responded via email on September 14, 2022. Referring to the Swiss government as "the Confederation," he said:

There is currently no shortage of electricity or natural gas in Switzerland. There are therefore no restrictions or bans on energy usage in force that could be violated ... an important point is that strict checks are neither feasible nor desirable. In Switzerland, we trust people to abide by the law.

The Swiss Federal Office of Energy website does promote an energy-saving campaign launched on August 31, 2022: 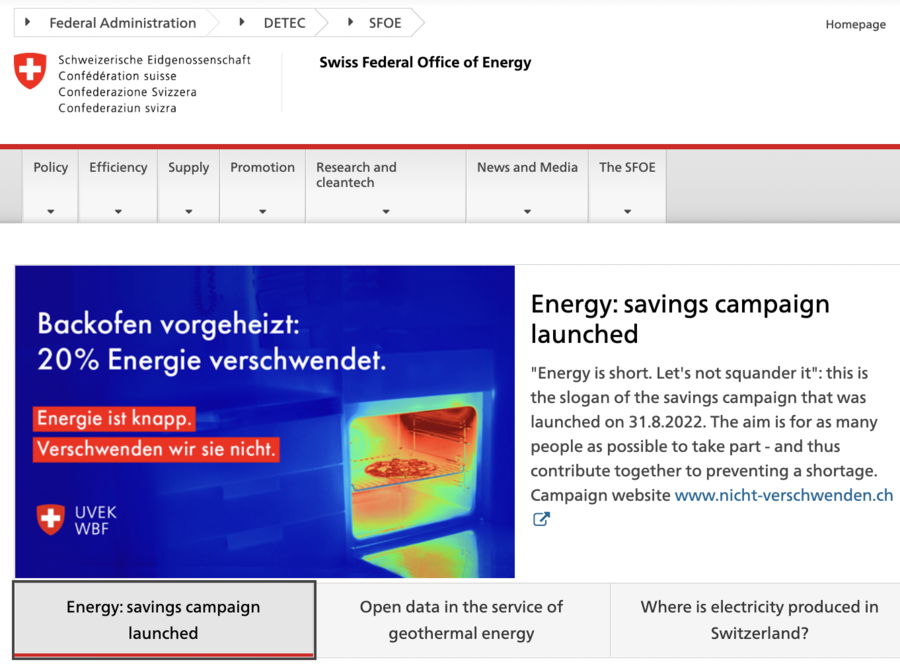 But the campaign's website does not incentivize people to turn in their neighbors for excessive gas use -- it calls on consumers to consume less. One of the offered tips says this:

The country's Federal Department of Economics, Education and Research is also considering other restrictions that would go into effect only in case of gas shortages. However, at this point, this document is not a law - it was published for a public discussion that will continue until September 22, 2022: