Supreme Court ruling hardly anyone noticed that Robert F Kennedy Jr won the case against all the pharmaceutical lobbyists. 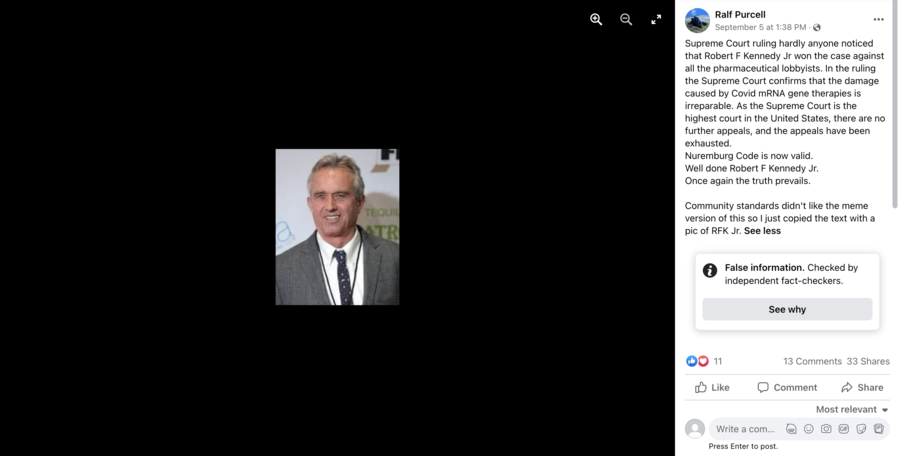 The caption claims the Supreme Court confirmed that the COVID vaccine causes irreparable gene therapy damage to people who get it. There are no dates mentioned or pharmaceutical lobbies named in the Facebook post.

The caption also says the Nuremberg Code is now "valid." The Nuremberg Code is a list of ethical, moral and legal principles developed after World War II, specifically in response to the inhumane experiments done by Nazi soldiers on human subjects without the subject's consent. Lead Stories previously debunked the claim that mandatory vaccines are in violation of the Nuremberg Code. The Code applies to human experimentation, not government-approved vaccinations. 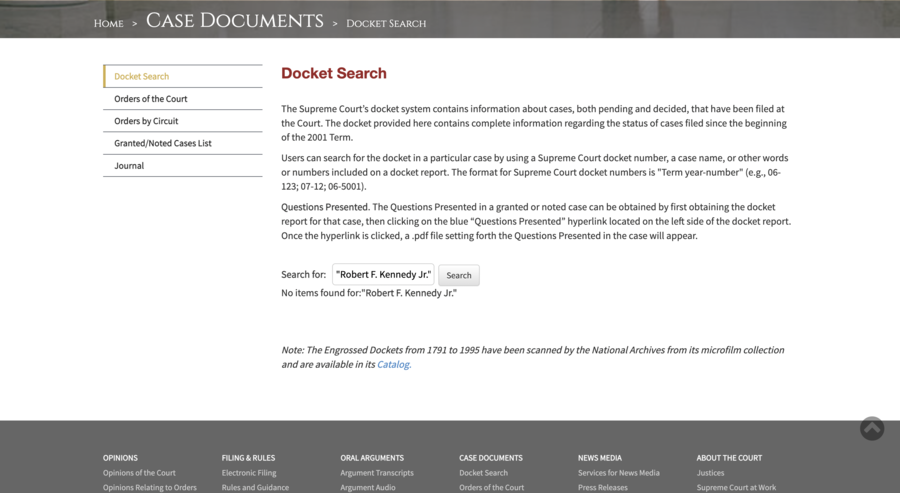 Kennedy has a history of anti-vaccine rhetoric, and his organization, Children's Health Defense, has been suspended from Instagram and Facebook.

Here and here are other Lead Stories fact checks about claims involving the Supreme Court and vaccinations.