Does this video show Italians take down the European Union (EU) flag and replacing it with an Italian flag after the right-wing Brothers of Italy group won an election in 2022? No, that's not true: This video is from December 13, 2013.

The claim appeared in a Facebook post (archived here) where it was published on September 26, 2022. The caption in Italian reads:

Translated from Italian to English by a Lead Stories staffer, the caption reads:

Will Meloni listen to these messages?
A group of Italian patriots went to the EU headquarters in Rome, removed the EU flag and replaced it with that of Italy. Von der Leyen's sordid threats do not scare Italians. 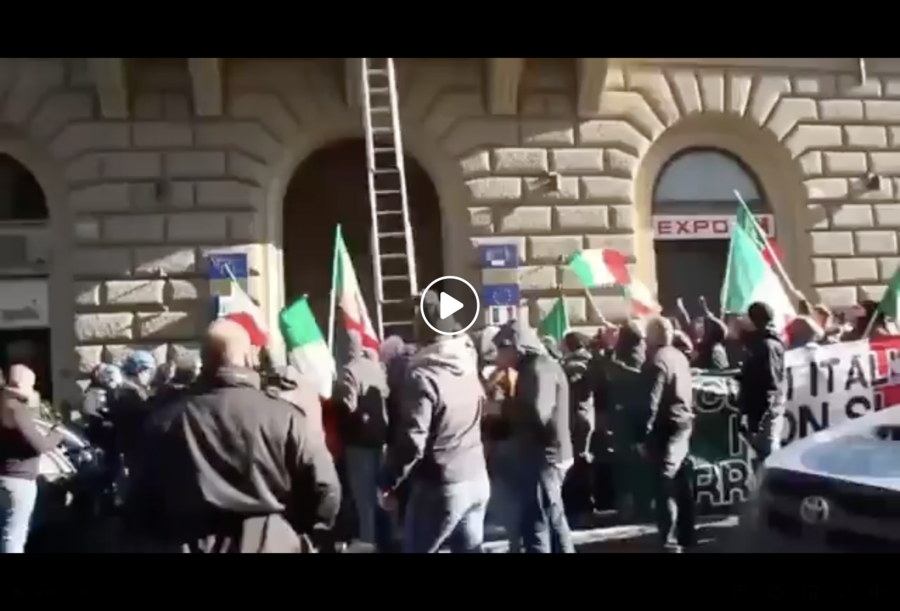 The video shows a group of people yelling and looking up at a building. When the camera pans up, an individual on the side of the building is seen. That building is the European Commission headquarters in Rome, Italy. The individual then proceeds to take down the EU flag and throws it down below to the crowd. The name "von de Leyer" refers to Ursula von de Leyer, the current president of the European Commission.

This video was posted following a general election in Italy on September 25, 2022. The Brothers of Italy party, a right-wing ideological group headed by Giorgia Meloni, led a coalition of other right-wing parties to win the vote for parliament, opening the way for Meloni to become prime minister of Italy. The timing of the video post leaves the clear implication that the scene occurred in the aftermath of the 2022 election.

But this video was actually recorded on December 13, 2013. It is a longer version of the video seen on Facebook and can be found on YouTube (archived here). The description of the YouTube video says this in English:

Action under the headquarters of the EU representation in Rome in via IV novembre. CasaPound militants steal the flag of the European Union in opposition to the economic and financial policies of Brussels, for national and monetary sovereignty. The vice president of CPI Simone Di Stefano arrested.

According to a 2018 article from The Guardian, CasaPound is an Italian movement started in 2003 that "claims it is a democratic and credible variant of fascism, but it is accused of encouraging violence and racism."

In an Instagram repost of this video, on-screen text claims that the EU flag was replaced by an Italian flag. Neither the Instagram video, nor the Facebook video shows any evidence of that.