Did House Speaker Nancy Pelosi call on the Federal Reserve to "ban the new Trump $2 bill"? No, that's not true: This bill does not exist, and Nancy Pelosi did not tweet anything about it.

The claim appeared in an Instagram post (archived here) on October 6, 2022. It was published by the account of donaldtrump_2024, which describes itself as a "Fan Account for President Trump! Giving you updates & photos of the First Family! 🇺🇸 #MAGA."

The attached picture showed a tweet purportedly written by Pelosi at 8:35 am on October 5, 2022. It said:

I am calling on the @federalreserve to BAN the new Trump $2 bill.

There is no reason to print that man's face on real U.S. genuine tender. If the federal reserve refuses to take action, I will take action in Congress.

The caption suggested that users follow an external link:

Click the link in bio to get your Legal US Tender Trump $2 Bill before liberals ban it! 🇺🇸 Piss off some liberals! 😂👍

Here is how this entry appeared on Instagram at the time of writing: 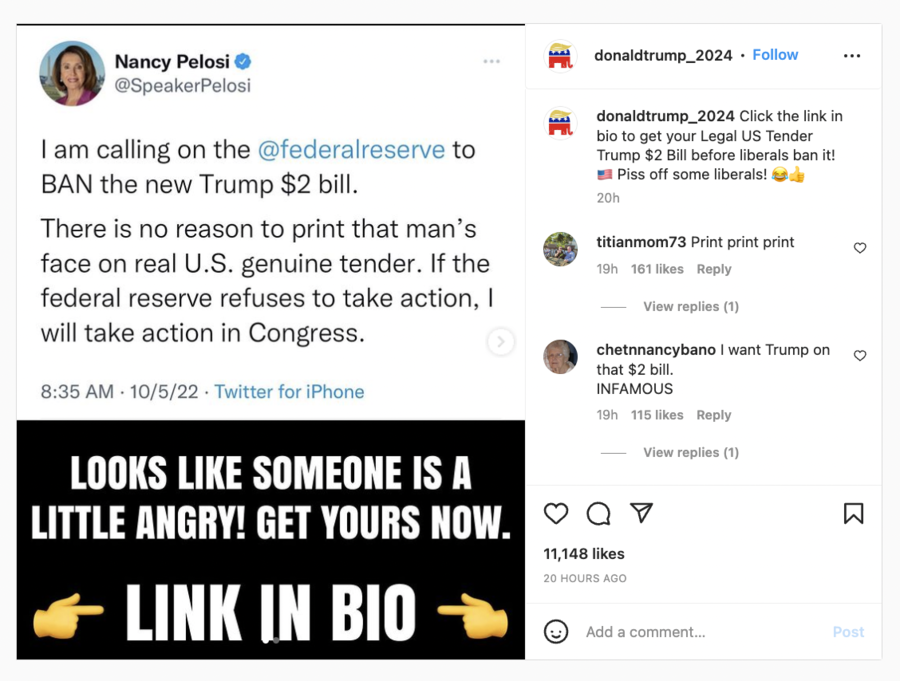 However, the speaker of the House of Representatives did not write anything similar to this.

On October 5, 2022, Nancy Pelosi tweeted about DACA recipients (also known as Dreamers) here, here and here. She criticized "MAGA Republicans in the Senate" for "embracing an extreme agenda of anti-immigrant cruelty." She also negatively spoke about the Republican approach to healthcare and the economy. But the house speaker did not mention Donald Trump by name in any of these tweets and did not refer to "the new Trump $2 bill."

Additionally, the tweet wrongly attributed to Nancy Pelosi contained a factual inaccuracy: The Federal Reserve is responsible for the supply and distribution of money, while the entity that actually prints the notes is the U.S. Treasury's Bureau of Engraving and Printing, not the Federal Reserve.

The Bureau of Engraving and Printing, which offers a detailed, illustrated history of the $2 bill, contains no information about a "Trump $2 bill." A Google News search also showed no results.

The link in the bio of the Instagram account that alleged Pelosi had demanded the end of the "Trump $2 bill" led to this banner: 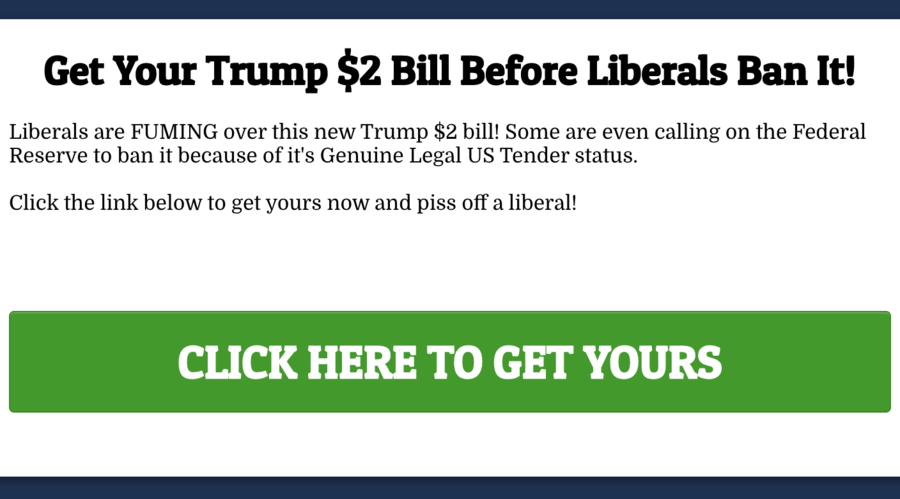 Clicking on the green prompt again shows another page offering to pay $6.99 for each alleged "Trump $2 bill" and $9.97 for "a Melania Trump Coin." The page requires users to fill in a form with personal information:

However, according to the U.S. Currency Education Program, an educational website managed by the Federal Reserve Board, $2 bills still show Thomas Jefferson, the third U.S. president, on the front side and John Trumbull's painting depicting "The Signing of the Declaration of Independence" on the back side: 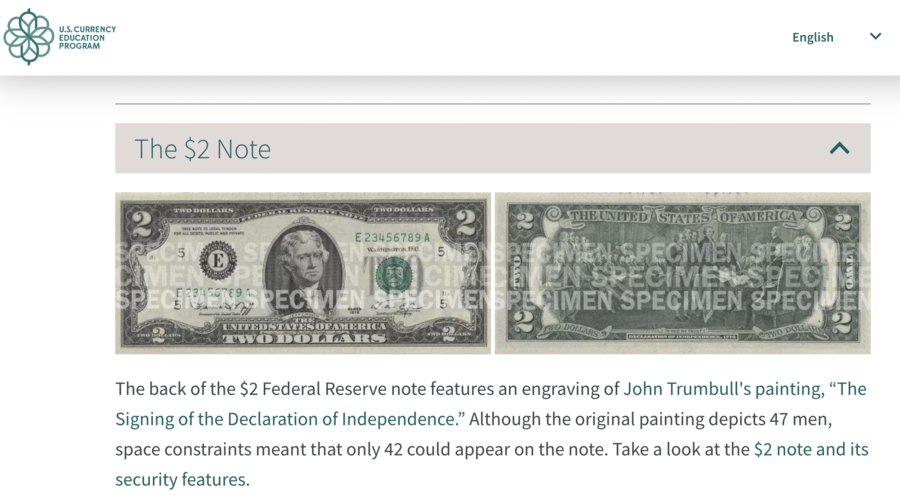 Additional Lead Stories fact checks of claims about the U.S. dollar can be found here.