Has NASA classified people vaccinated against COVID-19 as "Homo Borg Genesis"? No, that's not true: This term cannot be found in any of the agency's publicly available documents, and NASA's representative told Lead Stories the agency hasn't changed "the classification of humans."

The claim appeared in a video published on October 3, 2022, by redvoicemedia.com, a website that describes itself as being "owned and operated by patriots" who support "pro-law enforcement conservative politics, dating back to 2014." The video presented a segment of what appeared to be a live broadcast on another website, zeeemedia.com. Talking to the host Maria Zeee, a man named Todd Callender said at the 0:14 mark:

Homo Borg Genesis is the species that they have named vaccinated people, and I use the term 'vaccinated' loosely, but genetically modified people are now referred to as Homo Borg Genesis, not Homo Sapiens. You can see it in the very first, I think it's the second page actually, in the NASA Langley research paper on fifth-generation warfare. They say, subhumans, whatever and Borgs. So they've already said that people are not going to be Homo Sapiens. 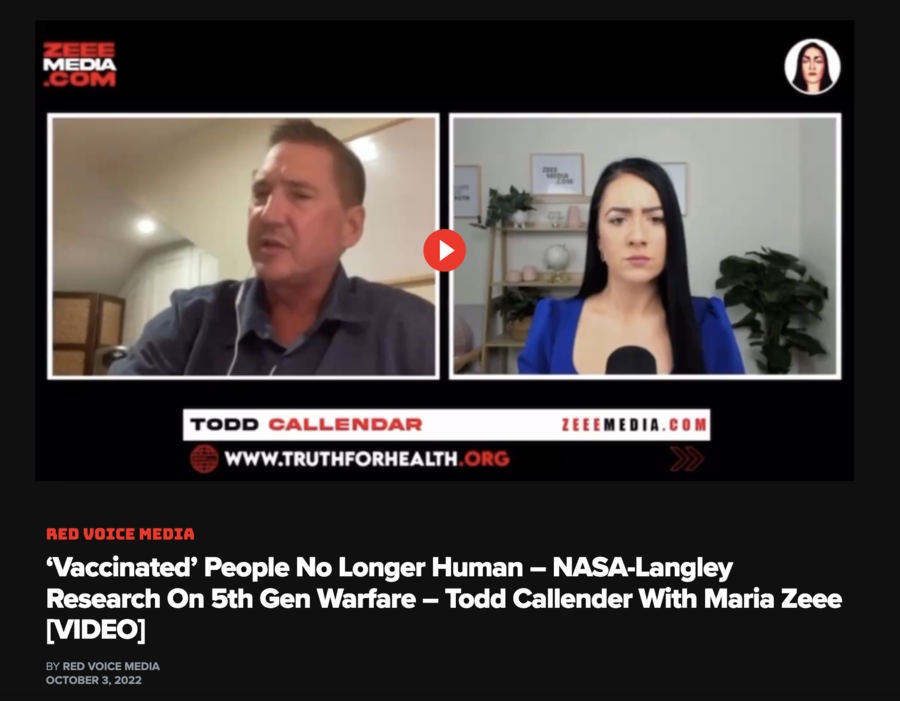 The Virginia-based Langley Research Center was founded in 1917 as "the first civilian aeronautical laboratory in the United States." It also conducts Earth studies in such fields as air quality, climate and atmospheric composition. In other words, it does not focus on warfare, medicine, biology, human rights or the intersection of those disciplines as the video implies.

... there is absolutely ZERO basis in fact for what this guy is saying. I have no idea where they got the idea that NASA Langley was doing research on something like this, but it's completely false.

The NASA website does not show a single use of the term "Homo Borg Genesis":

NASA's director of history and information services, Bob Jacobs, who replied to the Lead Stories email on October 6, 2022, said this:

I'm sure we haven't changed the classification of humans

In fact, an advanced Google search returns zero results for this term on any American government website: 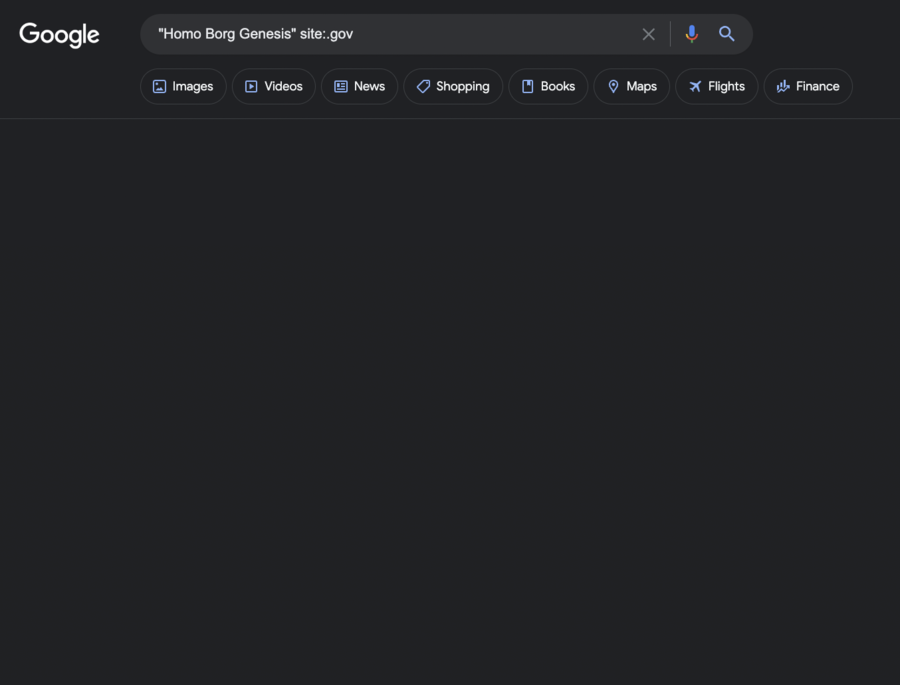 Todd Samson Callender, who made the claim, also tied his statements to his lawsuit against the Department of Defense (DOD), saying at the 0:38 mark that "one of the reasons we're suing" is this:

.. and therefore the question arises, if Maria is no longer a human for purposes of the law, because she's been genetically modified, then what protections does she enjoy under the Penal Code? ...

... I put in front of the court the question: Is it true that people who were given mRNA gene therapy shots are in fact now the property -- the chattel property -- of the patent holders?

However, court files accessible via the Public Access to Court Electronic Records (PACER) do not back up Callender's words. It shows a single case involving him as an attorney, and the initial complaint did not refer to the vaccinated people are either "the property of the patent holders" or "Homo Borg Genesis." Instead, it said the following:

Plaintiffs Staff Sergeant Daniel Robert, U.S. Army, and Staff Sergeant Holli Mulvihill, USMC, individually and on behalf of all other similarly situated active duty, National Guard, and Reserve servicemembers, as documented survivors of COVID-19, file this action against the Department of Defense ('DoD'), seeking a declaratory judgment that the DoD cannot force them to take a COVID-19 vaccination under existing military regulations, federal regulations, federal law, and the U.S. Constitution.

In response, the DOD argued that the plaintiffs' "primary grievance appears to be that they will be required to receive an 'unlicensed drug of unknown long-term safety profile' and that they will be 'subject to or threatened with disciplinary action under the Uniform Code of Military Justice'":

On August 24, 2021, after FDA announced the approval of the Pfizer COVID-19 vaccine, the Secretary directed the Secretaries of the Military Departments to immediately begin full vaccination of all members of the armed forces under DoD authority who were not already fully vaccinated. Only FDA-licensed vaccines are required, in accordance with FDA labeling and guidance. ...

Plaintiffs' only potential 'hardship' is uncertainty as to the outcome of the exemption request (or in the case of Staff Sergeant Mulvihill, the renewal of that exemption), and this is not enough to demonstrate ripeness.

In January 2022, the judge dismissed the case. One month later, the plaintiffs decided to appeal.

But as of this writing, there are no legal cases that would mention "Homo Borg Genesis" in any context: 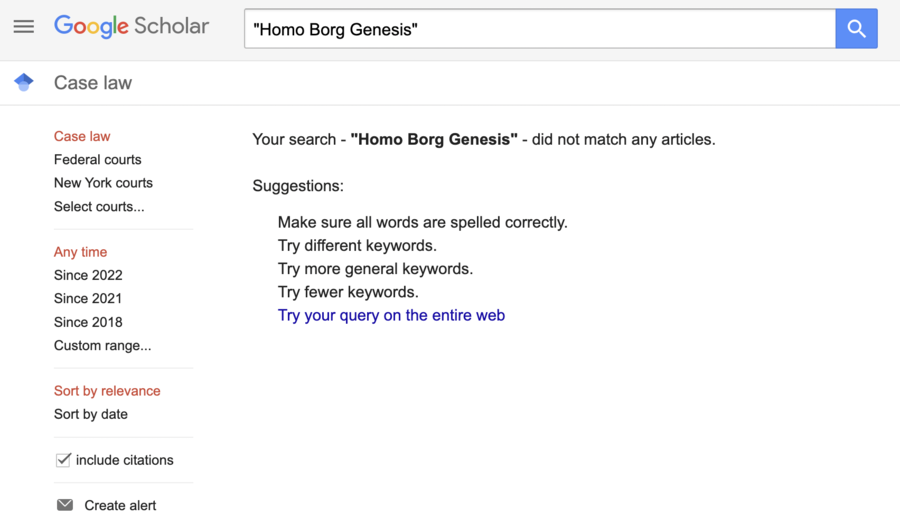