Here is how the post looked at the time of publication: 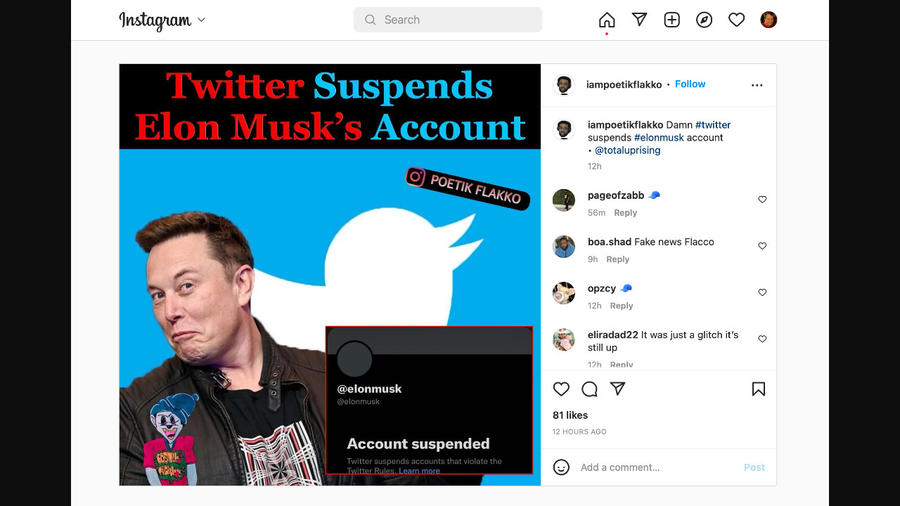 The handle of the account that Twitter suspended uses a capitalized "i" to look like the second letter in "Elon," so the name Elon is in effect "eion," Twitter spokeswoman Katie Rosborough explained in an email to Lead Stories on October 26, 2022. "The account you're linking to is '@eionmusk' not '@elonmusk,'" she said.

Musk's real profile, verified by Twitter's blue check mark, was active at the time of publication.

At the time the post appeared on Instagram, Musk was putting the finishing touches on his $44 billion acquisition of Twitter, which must be closed by October 28, 2022, per the order of a U.S. judge.

Lead Stories asked for comment from the press department at Tesla, the automotive company where Musk is CEO, and will update this story if they reply.