Did the Instagram account @_The.Republican.Party_ publish the full list of Jeffrey Epstein's "clients"? No, that's not true: A social media post claiming to reveal the "full list of Elite Clientele that were present on Epstein island" is nothing more than clickbait. Though the Epstein black book of celebrities is an authentic and consequential piece of information that may be made fully public one day, today is not that day. 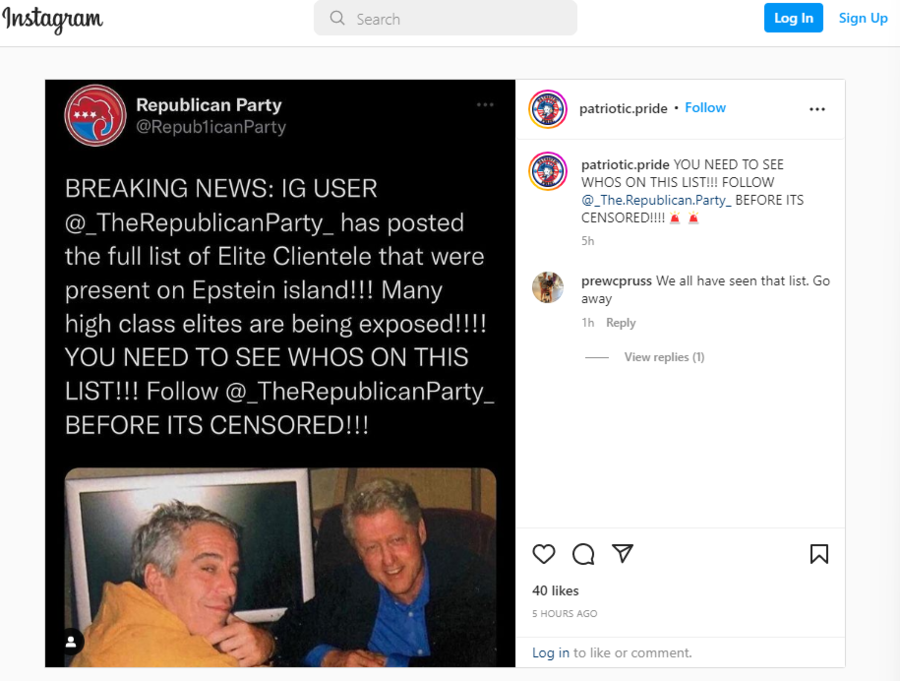 Lead Stories submitted a follow request to the private @_The.Republican.Party_ and, once accepted, our newsroom found the majority of posts featured hyperpartisan memes. Below is a screenshot of the content posted to the profile grid as of this writing:

None of the above posts included information about Epstein's list. The most recent post (featured below), shared to the platform on October 21, 2022, included content that was completely unrelated to claims made in the Epstein post. 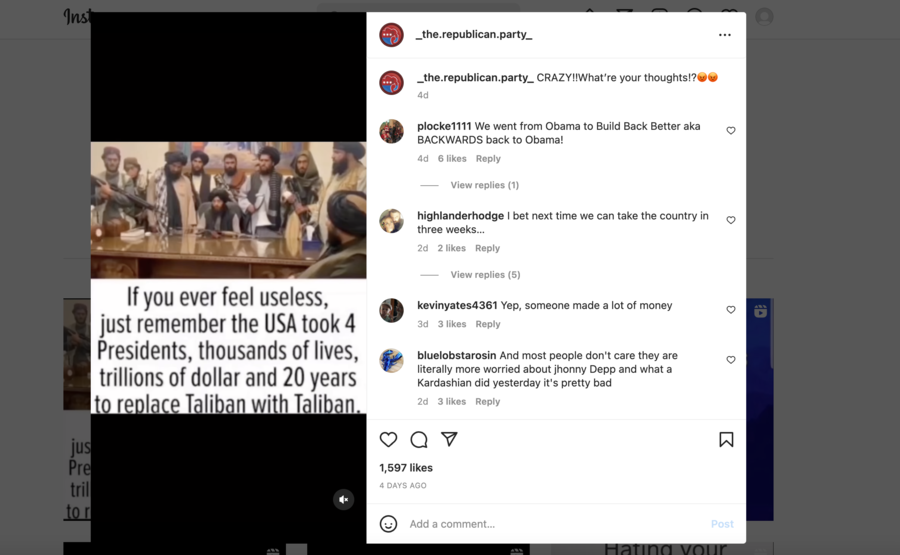 Lead Stories contacted the DOJ, which is overseeing the investigation into the Epstein case, to ask when such a list might be made publicly available. We will update this article accordingly.

Here are other fact checks Lead Stories has written about Jeffrey Epstein.