Do maps of the world show a strong connection between where fluoride is added to drinking water and dementia? No, that's not true: While there is some correlation between countries that fluoridate their drinking water and countries that have higher rates of Alzheimer's disease, a kind of dementia, there are also examples where that's not the case.

The claim appeared in an Instagram post and video (archived here) published on October 16, 2022. The headline in the video reads: "MAP OF DEMENTIA AND ALZHEIMER." The description for the post includes these hashtags: 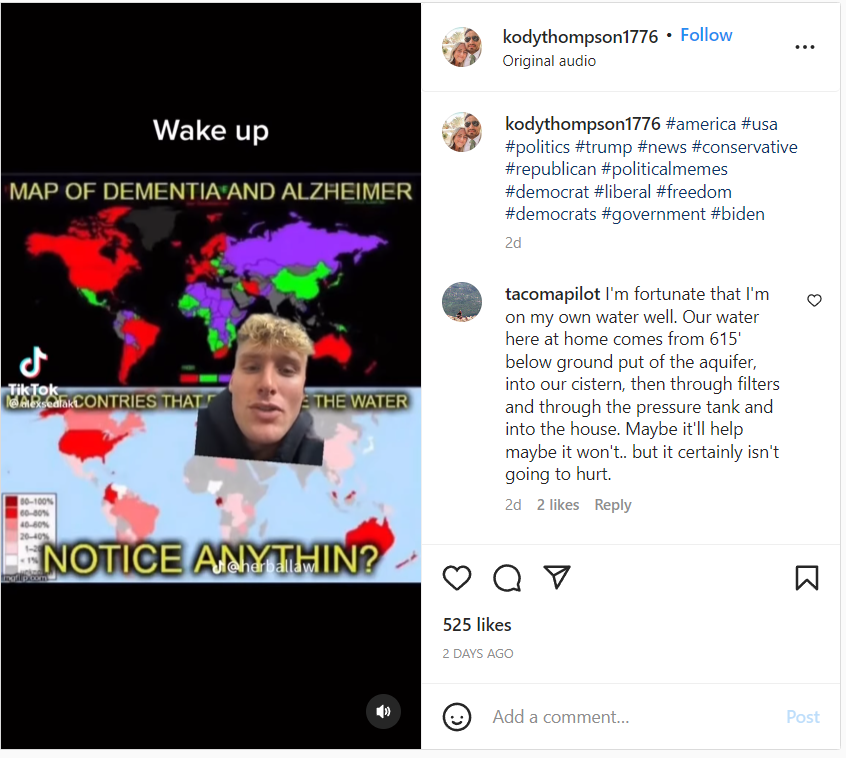 It came from TikTok

The Instagram post is a copy of a video originally posted by TikTok star Alex Sedlak (archived here). In the video, he starts his case by showing global maps detailing documented cases of Alzheimer's and dementia, and then compares them to another map that shows fluoridated-water usage around the world. Sedlak says:

All right. Here's a world map of dementia, so let's look at this really quick, soak it up. Here's another world map of Alzheimer's and dementia -- America, well, North America and Australia, South America. Got it pretty bad.

These are the two dementia-related maps shown in the video. Both illustrate death rates from Alzheimer's disease and other dementias, based on World Health Organization data: 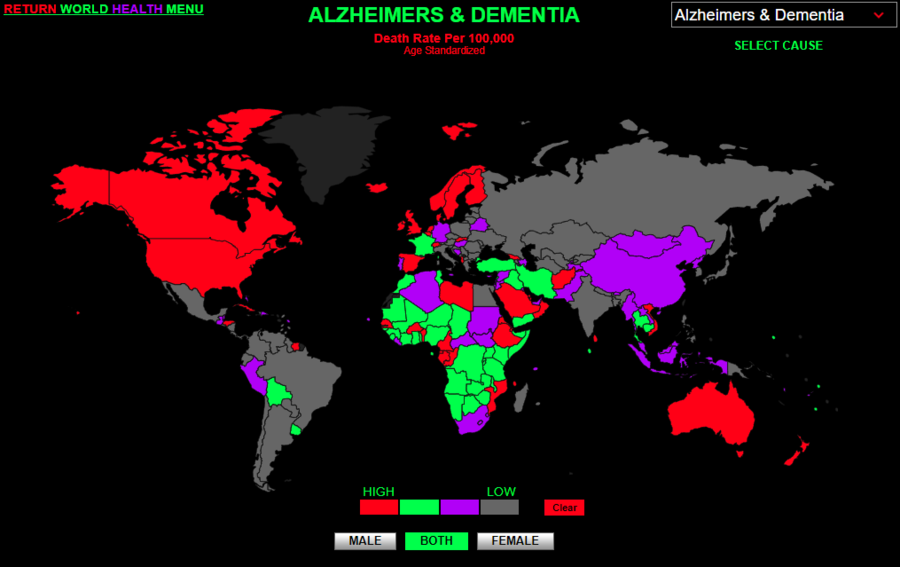 Sedlak continues the comparison in his video by showing a map of fluoridated-water use around the world. He says:

Now let's take a look at this. What countries allow fluoride in their water? Hmmm, North America, South America and Australia. Huh.

Sedlak doesn't explain what he thinks the fluoride in the water is for, only that it's not to help your teeth. The Centers for Disease Control and Prevention (CDC) disagrees with him. The CDC says nearly 75% of Americans have access to fluoridated water, which it says has been shown to prevent tooth decay.

This is the map from the video, which shows the rate of fluoridated-water use. The darker the red, the greater the usage:

While North America, South America and Australia all have higher dementia death rates that graphically correspond to higher fluoridated-water usage, there are also parts of the world where that doesn't hold true. For example, in Europe there is a higher dementia rate in a region that has a relatively low use of fluoridated water.

In addition, correlation doesn't mean causation. The maps that cover different timeframes don't prove that the use of fluoridated water results in higher dementia death rates. They only show that both exist in the same places in some cases. The causes could be independent in each area or have nothing to do with fluoride in the water at all.

The Alzheimer's Association does not include fluoride among the risk factors for the disease listed on its website:

Researchers believe there isn't a single cause of Alzheimer's disease. It likely develops from multiple factors, such as genetics, lifestyle and environment. Scientists have identified factors that increase the risk of Alzheimer's. While some risk factors -- age, family history and heredity -- can't be changed, emerging evidence suggests there may be other factors we can influence.

Sedlak ends his video with a pitch for a $300 water filter that he says will get fluoride out of drinking water.