Did the U.S. Army Cyber Command find evidence that immigrants lacking permanent legal status in Colorado used fraudulent state identification cards to vote for Democrats in the 2022 midterm elections? No, that's not true: The claim originated on a webpage that is known for publishing satirical, fake takes on real people and issues in U.S. news and politics.

The claim appeared in a story published on November 10, 2022, on Real Raw News (archived here) under the title "Illegal Immigrants Vote Democrat in Colorado." It opened:

Illegal Immigrants in Colorado used fraudulent state identification cards to vote for Democrats in the 2022 midterm election, said a source at U.S. Army Cyber Command who has been analyzing suspicious election results.

Here's how the story looked on the day of writing: 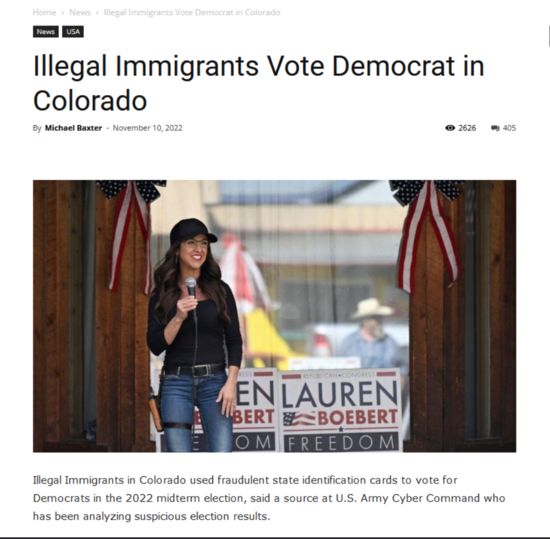 The story cited an anonymous source who said the agency concluded that voting irregularities occurred based on surveillance footage at three polling stations in Pueblo County, Colorado. The footage was said to show a single male who was "conspicuously dressed" and filled out multiple ballots. Each time, elections officials checked his ID, the story stated, and gait recognition software was used to confirm the man's actions.

An email sent by Lead Stories to the Department of Defense seeking comment on this election fraud claim was not immediately returned. Lead Stories will update the article if there's a response.

In an email to Lead Stories on November 14, 2022, [spokeswoman said the claim is false and that no allegations of fraud had been reported.

"Our office reached out to the Pueblo Sheriff's office and can confirm that they reviewed the article, as well as their records management system, and there was no such report or other evidence to support this," Annie Orloff wrote. "The sheriff confirmed that [his office] is not investigating this matter."

Lead Stories could also find no credible news agencies that reported on voting issues in Colorado involving the use of fake government IDs by immigrants. Here's how our search on November 11, 2022 looked: 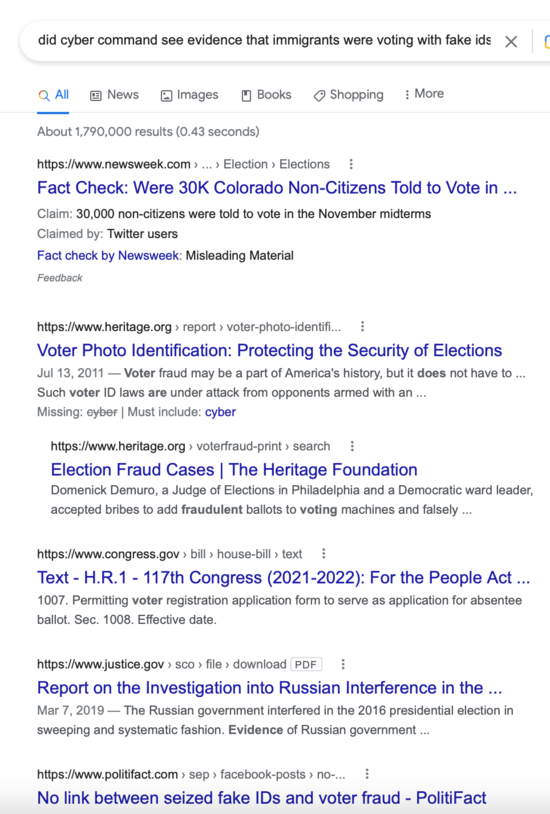