Did an ancient civilization in Africa build a nuclear reactor two billion years ago that was more advanced than a modern nuclear reactor and ran on 100-percent pure water? No, that's not true: About two billion years ago, in the area now known as the Oklo region of Gabon, Africa, several conditions existed that enabled a naturally produced chain reaction to result in nuclear fission. There is no debate among scientists about whether the natural Oklo nuclear fission reactor was "built" by an ancient civilization; it was made by natural conditions long before humans existed. It was discovered in 1972 when uranium mined from Oklo bore the precise concentrations of elements that would only exist in uranium that had already been through the nuclear fission process.

The claim appeared in a video posted on TikTok (archived here) that was captioned:

A young man interviewed during the 1-minute-16-seconds-long video says:

This advanced nuclear reactor was built 2 billion years ago. Archaeologists found the Oklo nuclear plant in Africa that is said to be at least 2 billion years old. The only difference was that it was way more advanced than the modern nuclear reactor and could use 100-percent pure water to generate energy, which is still impossible by today's standards. It has a downside, which was if the water used is the slightest bit impure, it will cause a nuclear meltdown. Scientists have always alluded to the fact that the nuclear reactor is a natural phenomenon. However, looking at the data, it seems like a civilization way more advanced than us actually built this, so how was it possible that ...

This is how the post appeared on TikTok at the time of this fact check's writing: 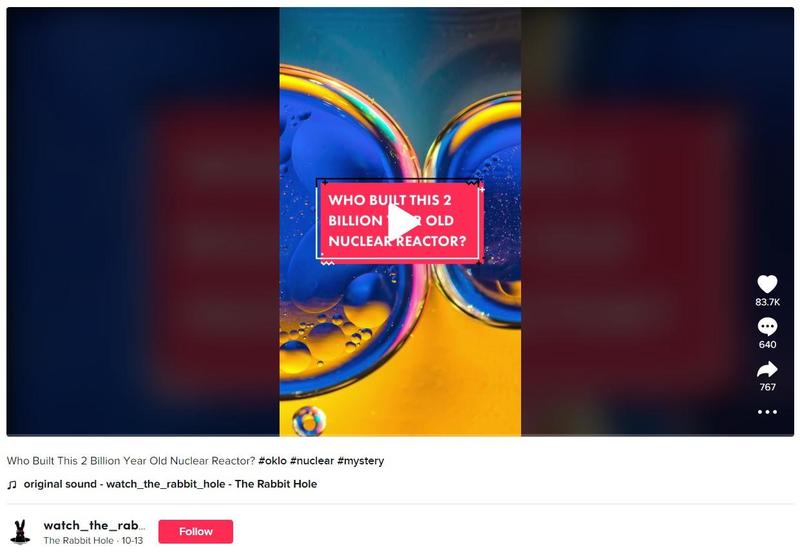 The thumbnail image of this video shows a stone cliff face with a man-made entrance at ground level and a glowing white cross. This is not Oklo. It is a science-fiction-themed photo manipulation by the Polish photographer Michal Karcz. 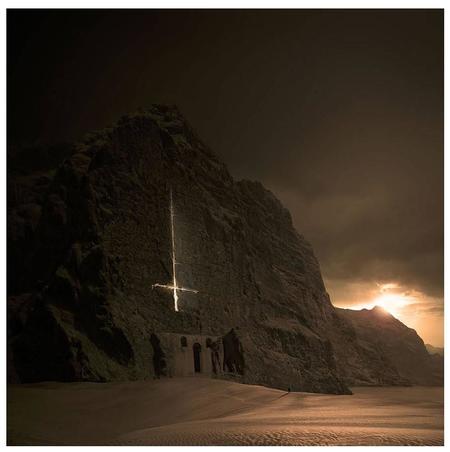 The composite image below shows a photo of the exterior of the Oklo uranium mine, and a cross-section diagram showing the "underground river" where water from the surface could filter down through the sandstone. This led to the uranium deposits, and also would eventually provide the water that acted as a moderator, allowing the natural fission process to occur. There have been 17 naturally occurring nuclear reactors found in Gabon. Sixteen in Oklo have been destroyed by uranium mining operations in recent years; only one in Bangombé remains.

The video cuts off before its last sentence finishes, but there is no data that suggests that these underground nuclear fission reactors at Oklo were built by an advanced civilization of humans (or any other intelligent life form).

In 2007, David Ruzic, a professor of engineering with the Department of Nuclear, Plasma, and Radiological Engineering at the University of Illinois at Urbana-Champaign, described how the scientists examining the Oklo uranium were able to determine that the uranium had been part of a natural nuclear reactor. At the 1:19 mark in this 9½-minute talk (embedded below), he explains how the level of the uranium isotope U-235 was below the expected 0.72 percent. By calculating the half-lives of the U-235 isotope, scientists could calculate that the chain reaction would have occurred about two billion years ago.

Spontaneous natural nuclear fission such as occurred in Oklo is no longer possible because the U-235 isotope on Earth presently is 0.72 percent and needs to be artificially enriched to 3 percent before it can be used as a fuel. Two billion years ago, the U-235 isotope would have been present naturally at the optimal 3 percent level.