Does a viral map claiming that identical tallies turned New York predominantly blue in the gubernatorial race with ">99%" votes allegedly counted prove election fraud? No, that's not true: Even three days after the video with the map was supposedly recorded, not a single news source showed the counted votes reaching the 99 percent benchmark. By then, the Republican candidate Lee Zeldin had already conceded, accepting the results. 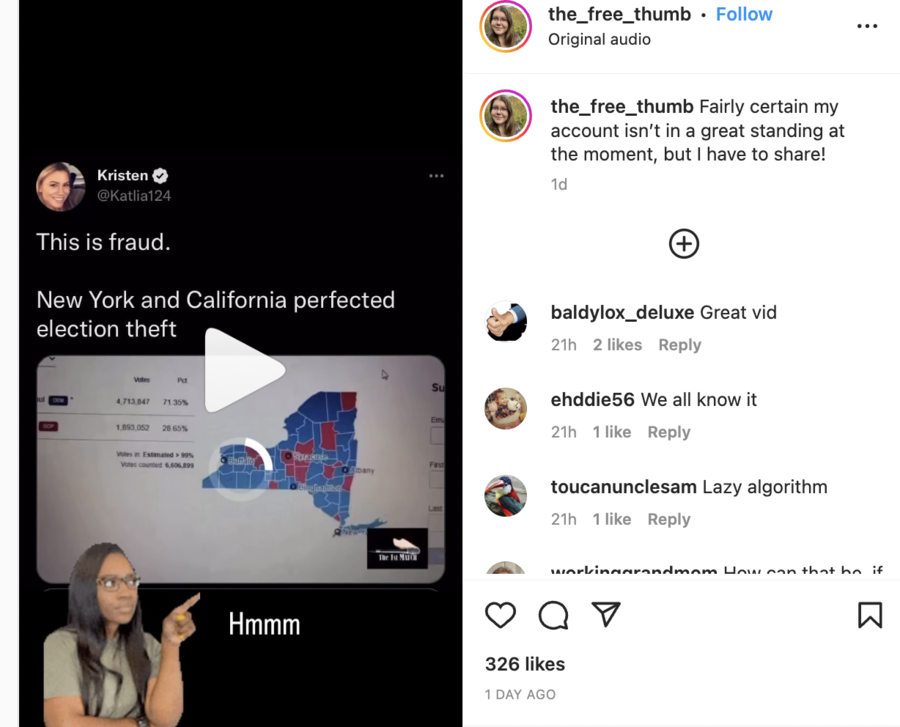 The video, published here in better quality, showed what appeared to be footage of the Decision Desk HQ website on Election Night, with identical tallies appearing in multiple counties in New York where Zeldin had exactly 34,311 votes every time. The description of the better-quality video said:

They made up the numbers, then cut-and-pasted them into the District Reporting statewide.

However, the total -- more than 99 percent of the votes counted -- shown in the video is not a realistic figure, given the circumstances of the recording.

According to the time stamp appearing at the 13-second mark, the video was supposedly made on November 8, 2022, at 8:33:20 p.m. That was still pretty early on Election Night to have almost all votes counted, maybe even half an hour before polls closed in New York if the person who filmed the video was in the Eastern Standard Time zone: 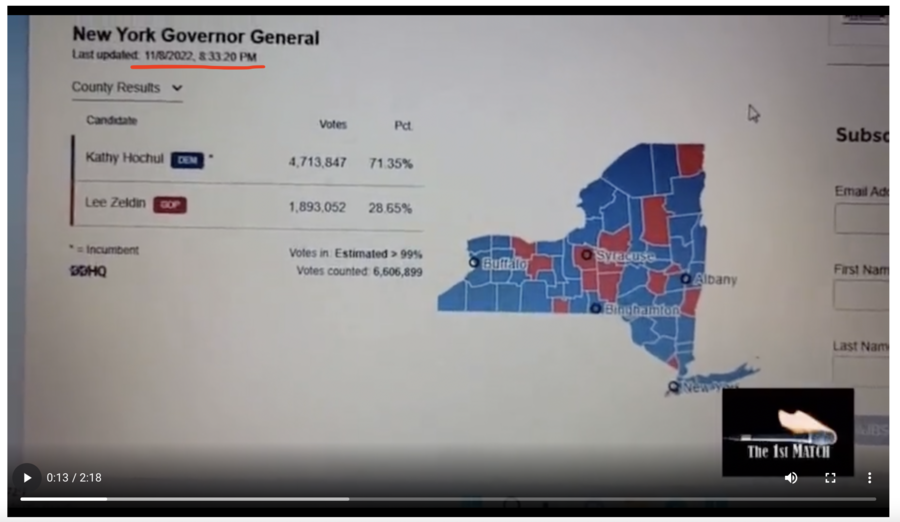 Three sources showed that New York didn't reach that benchmark even three days later. The screenshots below were taken on November 11, 2022, between 12:30 and 1:00 p.m. EST. Neither the DDHQ website nor CNN or Fox News -- the latter two are not on the list of DDHQ clients -- showed 99 percent of votes counted. The estimate ranged from 85 percent to 95 percent, respectively. 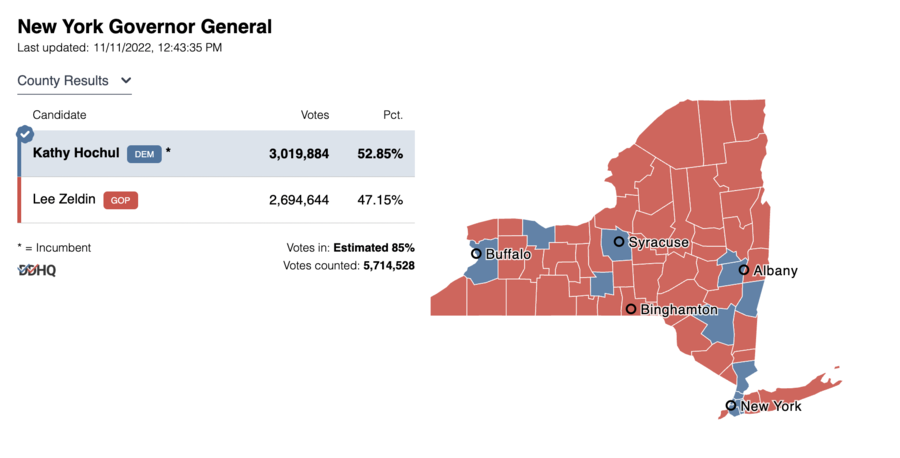 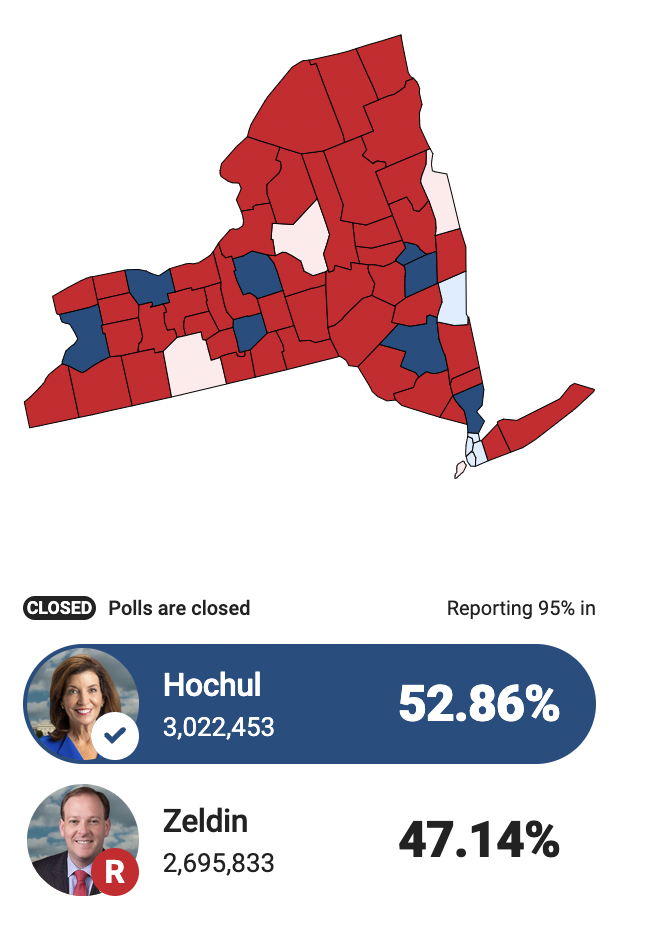 What these three maps have in common is that after counting the majority of the votes, New York clearly wasn't as blue as the video in question implied. Yet, it was not enough to secure the victory for Zeldin over the Democratic incumbent Kathy Hochul. On the day after the election, he conceded, acknowledging that he only got "this close to 50%."

The most recent figures from the above-mentioned sources can be found here, here and here. Lead Stories reviewed the results on the country level there and on the website of the New York State Board of Elections and did not find any allegedly existing identical tallies.

DDHQ is a privately owned company, not a government agency. Its website says that it has an "ability to collect over 80% of all votes via scraping or data feed from an election authorities," which reduces the chances of errors associated with manual data entry and makes the "copy and paste" part of the claim much less plausible. However, it is hard to completely eliminate the possibility of technical glitches and human errors as it had already happened (not by DDHQ). Lead Stories reached out to DDHQ for comments. When the company replies, this story will be updated as appropriate.