Is a "young whizkid" inventor shown in a social media video despised by electric companies for creating a device that "cuts 50% off an average home's power bill"? No, that's not true: The young man shown in the video is an inventor but not of some purported power-saving gadget called FusionWatt. Instead, he's working on mind-reading technology that would allow people to control devices with their thoughts.

The claim appeared in a post and video on Facebook published on December 24, 2022, under the title "Imagine life without electricity." The caption opened:

Electric companies hate this young man and his new invention

The post inaccurately identifies the young man in the video as 19-year-old Noah Watson. His real name is Alex Pinkerton. He's the co-founder and CEO of Brane Interface, a technology company he started with his father in Austin, Texas. The video of Pinkerton, used in what is effectively an ad for a product called FusionWatt, is from a CNBC article published on May 11, 2019. Pinkerton was 16 at the time. Here's a still image from the CNBC video, which shows the Brane Interface company name and logo: 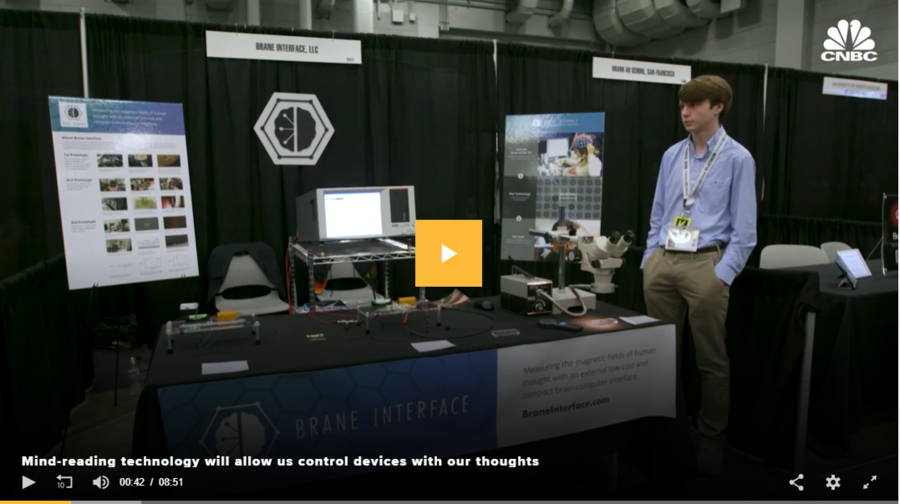 In the video, Pinkerton is seen standing in front of a booth for his company Brane Interface. A banner for the company in the video says:

Measuring the magnetic fields of human thought with an external low-cost and compact brain-computer interface.

Lead Stories reached out to Brane Interface to get Pinkerton's response to the video. If one is provided, it will be added to this story.