Was the statement that HIV causes AIDS "made Up"? No, that's not true: It's an established fact, proven by numerous scientific studies. However, posts on social media continue to claim otherwise.

A recent example appeared on Facebook on December 15, 2022, under the text line:

A video opened with a narrator saying:

Under the premise that HIV was the probable cause of AIDS

The narration continued without providing any context:

But when he went looking for the proof he found there was none. They just made it up. 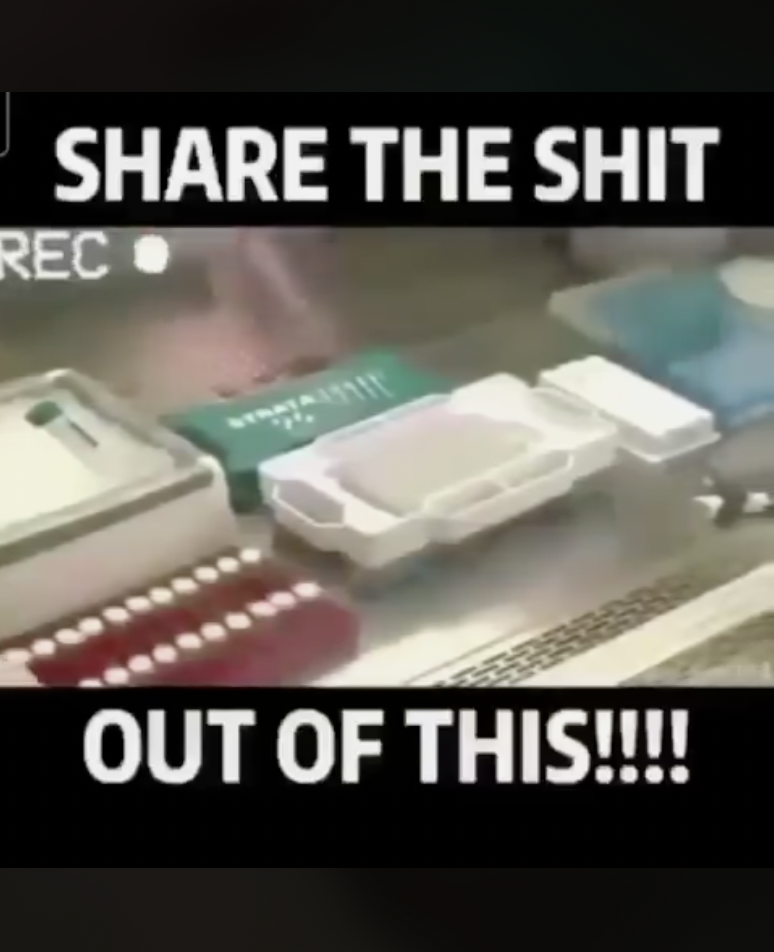 The video showed fragments of undated interviews of the now-deceased scientist Kary Mullis. During his lifetime, as a 2007 New York Times article pointed out, he was known for winning the 1993 Nobel Prize in Chemistry and for denying two things -- global warming, and the connection between HIV and AIDS.

The claim is an example of HIV/AIDS denialism that began with a May 18, 1981, article published by a New York City-based gay medical doctor under the title "Disease Rumors Largely Unfounded." Ironically, as reported by NPR, "it was the first-ever article about AIDS in a U.S. publication."

The disease was a new phenomenon that scientists were only beginning to understand.

When the first papers appeared in scientific literature, they discussed the abnormal occurrence of particular illnesses in immunosuppressed people. One of the first 1981 CDC reports talked about cases of pneumonia caused by the fungus Pneumocystis Jirovecii (previously called Pneumocystis carinii, as in this report), which was extremely rare in the United States. Another 1981 paper brought up cases of Kaposi's sarcoma in patients younger than 40, even though it was previously known to be a cancer that affected significantly older populations.

In 2022, however, a cause-and-effect relationship between HIV and AIDS is a proven fact.

The National Institutes of Health explains:

HIV attacks and destroys the infection-fighting CD4 cells (CD4 T lymphocyte) of the immune system. The loss of CD4 cells makes it difficult for the body to fight off infections and certain cancers. Without treatment, HIV can gradually destroy the immune system and HIV infection advances to AIDS.

The Federal HIV/AIDS Web Council, a U.S. government resource that accumulates information on the matter from all government agencies, confirms:

AIDS is the late stage of HIV infection that occurs when the body's immune system is badly damaged because of the virus.

The Council adds that in the U.S., prescribed HIV medicine prevents HIV from progressing to AIDS in most cases.

A 2010 paper summarized how the scientific community had reached a consensus on the connection between HIV and AIDS by the 1990s:

HIV meets several standards of epidemiologic causality. HIV has satisfied Koch's postulates, the traditional standard of infectious disease causation. To satisfy Koch's postulates, one has to isolate the infectious agent from diseased animals, culture it in the lab, inoculate the agent into healthy animals which then develop disease, and reisolate the same infectious agent. The difficulty in fulfilling the postulates was because HIV does not cause disease in animals other than humans and it is unethical to infect healthy persons with HIV just to satisfy Koch's guidelines. However, the postulates were satisfied when the HIV virus was isolated from AIDS patients, cultured in vitro, and upon accidental inoculation into previously uninfected lab workers who subsequently developed AIDS, the exact laboratory HIV clone was re-isolated from the patients. Using a causal model developed for chronic disease, HIV satisfies all of Sir Bradford Hill's guidelines for assessing causality: numerous studies comparing infected and non-infected persons have shown that AIDS develops only in those infected with HIV (very strong association, consistency and specificity); follow-up cohorts have shown that the time relationship is that HIV infection always precedes AIDS (temporality); higher level of virus as measured by viral load correlates with and predicts severity of disease (biological gradient); treatment that suppresses virus leads to clinical improvement (experiment); there is an almost unique pathophysiological mechanism of how HIV leads to AIDS through the loss of CD4 lymphocytes (specificity and plausibility); and numerous studies on HIV-1, HIV-2, SIV, SHIV and other viruses satisfy the coherence and analogy guidelines.

Medical disinformation and misinformation on the matter were also proven disastrously deadly. One of the most outstanding examples cited by many scholars (for example, here) is South Africa:

In South Africa during Thabo Mbeki's presidency (1999-2008), AIDS denialism was institutionalized at the highest levels of government. This disinformation delayed official recognition of HIV as the etiology of AIDS and the accessibility of life-saving anti-retroviral therapy, which directly contributed to more than 330,000 preventable deaths.

During the COVID-19 pandemic, as observed by Lead Stories, many HIV/AIDS claims merged with anti-vaccination narratives.

Other Lead Stories fact checks about HIV/AIDS can be found here, here, here and here.