Did Harry Hoxsey, an ex-convict who had no medical licensing, create an effective method for curing cancer using a family concoction made up of herbs plus diet? No, that's not true: This old claim has been debunked as ineffective and dangerous by credible health organizations since the 1950s.

The claim appeared in a Facebook reel published on December 10, 2022. The text above the black-and-white video of a man speaking reads:

The text that opened in the center of the screen over the video reads: 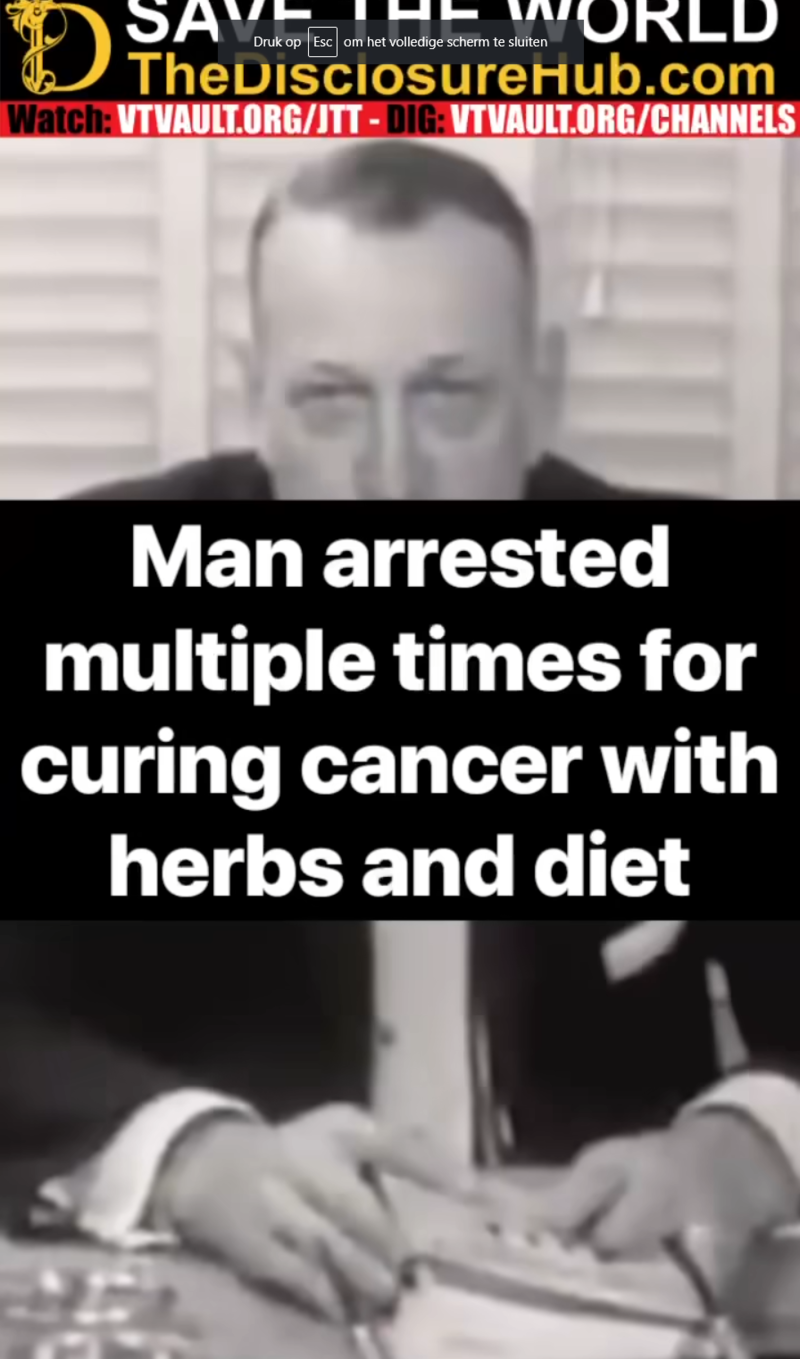 The man featured in the reel was Harry M. Hoxsey. Hoxsey was a man who worked many odd jobs throughout his life, including as a coal miner and an insurance salesman. None of his many titles included licensed medical doctor. He was imprisoned for attempting to sell ineffective cancer "treatment" oil despite legal warnings from the American Medical Association (AMA). Hoxsey died in 1974 from prostate cancer; he didn't use his own cancer "treatment" for his terminal diagnosis, opting for conventional surgery instead.

The Hoxsey clinic's history page says Hoxsey was given the "family secret tonic," purportedly an alternative to chemotherapy. This lone medical center, based in Tijuana, Mexico, is self-described as "one of the leading holistic cancer treatment centers." While there are medical doctors working at this clinic, the center itself is not licensed as an official medical treatment center. It calls itself an alternative medicine clinic -- which is different from complementary therapies as there is no scientific evidence that alternative therapies offer any form of effective treatment for patients.

The claim that the Hoxsey family's concoction cures cancer is old but has recently resurfaced after being recirculated on Facebook since at least 2006. The mixture has been debunked as a cancer treatment by certified medical organizations since the 1950s.

A September 4, 2020, Food and Drug Administration (FDA) webpage titled, "Products Claiming to 'Cure' Cancer Are a Cruel Deception," asserted, "Harry M. Hoxsey had no medical training yet made millions hawking quack cancer 'cures' to desperate patients for more than three decades, until FDA was able to help remove the products from the market in the 1950s." The FDA's Flickr account shows both a "Hoxsey Cancer Clinic Bottle" and an Hoxsey Cancer Fraud Warning Poster.

An American Cancer Society 1990 journal article titled "Unproven Methods of Cancer Management" concluded, "Hoxsey medicines for cancer have been extensively tested and found to be both useless (the internal treatments) and archaic (the external treatments)."

Lead Stories reached out to the AMA, several oncologists and medical historians for an updated statement on the validity of this claim. We will update this story if any responses are received.

Other Lead Stories claims about alleged cancer cures can be found here.