Is a swastika-shaped decoration on a Christmas tree in Latvia a Nazi symbol? No, that's not true: The symbol has been a part of the history and mythology of Latvia since the third century. A tree in Latvia this year was decorated with the "Lielvarde Belt and Spruce" that is a traditional Latvian Ugunskrusts symbol, which means "fire cross." The use of a Nazi-style swastika is illegal in Latvia if it is used for "glorification of totalitarian regimes or the justification of committed crimes."

The claim appeared on Twitter (archived here) on November 29, 2022. It opened:

A Christmas tree in Latvia wtf 😳 what is happening in these former Soviet regions?

The Facebook page for the county where the tree was displayed shared images of the tree and noted it was decorated as the "Lielvarde Belt and Spruce" in Lielvarde. 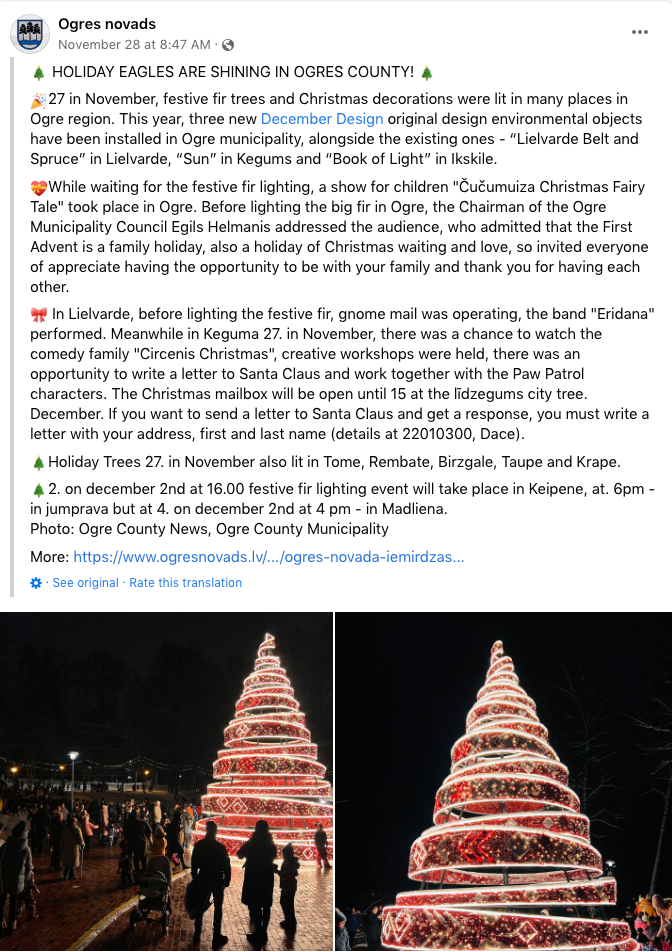 The Lielvārde Belt is a traditional sash with different patterns:

One of the Latvian folk costume elements that brings with it an air of mystery and mysticism is the Lielvārde belt. An important part of the Lielvārde folk costume, it has legendary status because of the symbolism woven into it - reputedly the origin of the universe and human DNA is encoded in its red and white patterns and geometric ornaments, also providing the wearer with protective powers from evil.

The pattern can be found on the right of the Latvia 100 Latu bill as seen here: 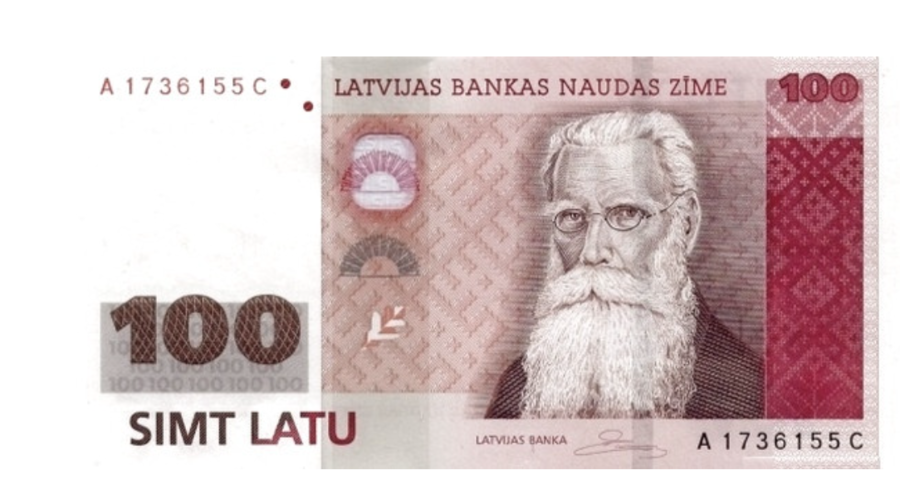 The swastika-style symbol is known as Ugunskrusts. The Ministry of Culture online National Encyclopedia notes the "fire cross" symbol "dates back to the 3rd century." However, using the symbol that represents the Nazi swastika is illegal in Latvia as of 2005 (translated using Google Translate):

The use of symbols of Nazi Germany in Latvia (including swastikas) is regulated by the 'Law on the Safety of Public Entertainment and Festive Events' adopted by the Saeima in 2005, which stipulates that the swastika may not be used, even in a stylized form, during a public event, except in cases where the purpose of use is not related to the glorification of totalitarian regimes or the justification of committed crimes.

Latvians.com explains the history of the symbol:

The swastika appears in many versions in Latvian folk costumes and crafts. Indeed, there is no other culture in which it appears more ornately or in more variations. It is inseparably ingrained in Latvian identity. Different incarnations of the swastika cross symbolize different Latvian deities or aspects of life.

Here is an image of an historic shawl featuring the swastika- style symbol: 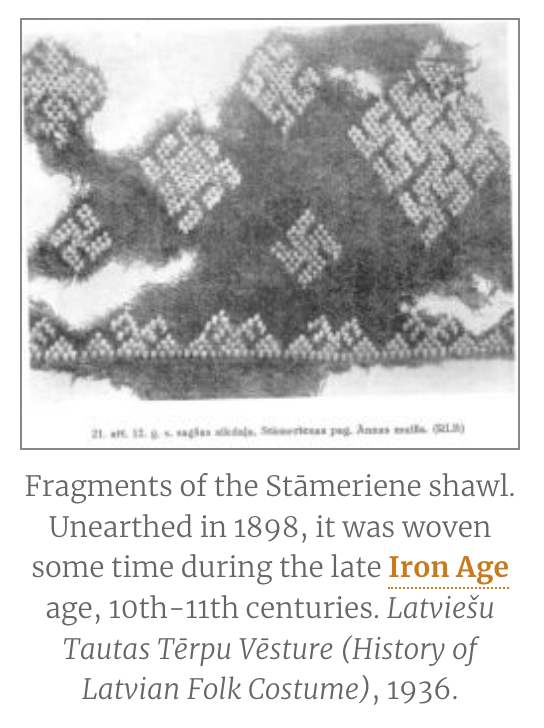