Did Tesla launch a new cryptocurrency that will rapidly turn a £200 ($240) investment into thousands in just days? No, that's not true: This deceptive ad is not associated with Tesla. Although Tesla has invested in cryptocurrency, and Dogecoin can be used to buy some Tesla products, the automotive-energy company owned by Twitter CEO Elon Musk has not created a "new official Tesla e-money," as claimed in a promotional video on social media.

This ad is not from a legitimate investment company or Tesla, and the linked website is concealed with a redirecting method called "cloaking." The digital security company Avast has determined that such a promotion for another fake Tesla currency, TeslaCoin, tricks victims into paying to create an account, costing them "at least $250."

The 10-second-long video was posted on Facebook on December 20, 2022. The video was captioned:

𝐓𝐞𝐬𝐥𝐚 has invented a new electronic currency. Investing in 𝐓𝐞𝐬𝐥𝐚 is booming.

Starting today, you can buy the new official Tesla e-money.

Match does not have any posts visible on its page timeline as of December 22, 2022. Account information from the Page transparency report shows that it was created on September 19, 2022, and that its six page managers are located in Indonesia, the United States and Vietnam. 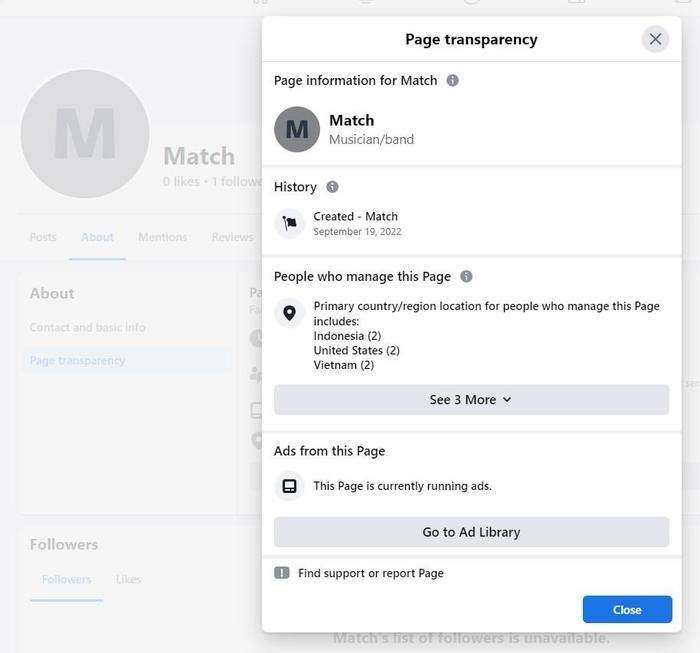 When viewed on a desktop, this post does not have any additional links for the user, but, when viewed on a mobile phone, there is a link to tangowealthpassword.com. Clicking "Learn More" does not take the user to a page on Tangowealthpassword.com to learn about the advertised cryptocurrency investment opportunity. Instead, the user is redirected to a Goodreads book review website. 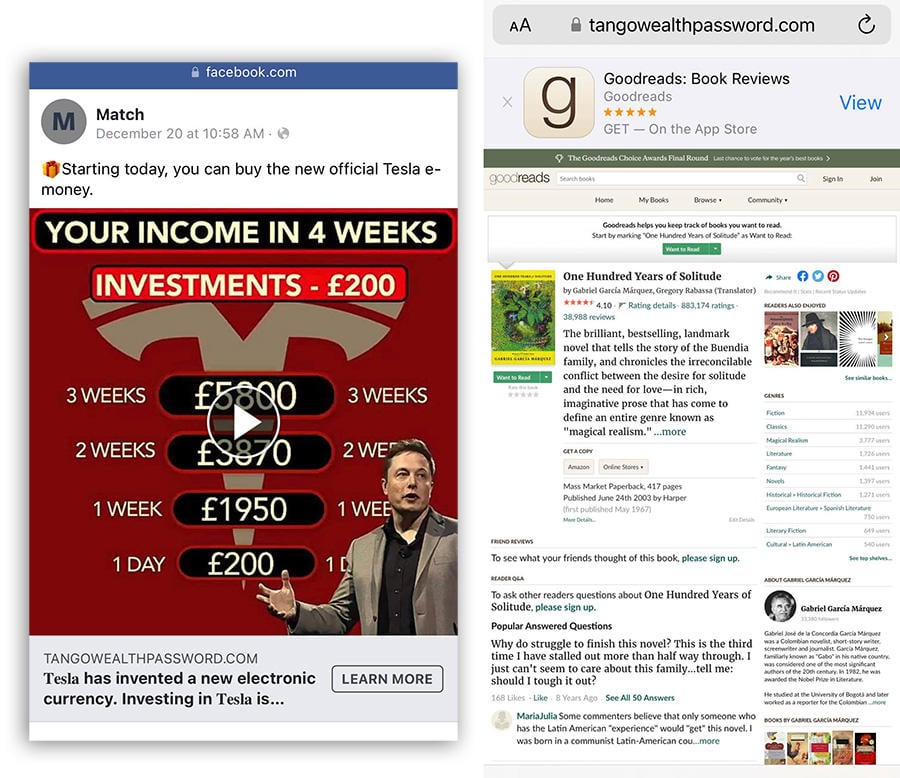 This redirecting trick is known as cloaking. An August 12, 2022, blog post by the digital security company Avast, titled "Fake Elon Musk TeslaCoin cryptocurrency investment scam costs victims at least $250," describes how potential investors are promised earnings that are too good to be true. Some potential investors are taken to a payment gateway where they are pressured to enroll. Others, especially systems that may detect the fraudulent activity, are redirected. Avast describes cloaking this way:

Playing hide-and-seek
The sites used in this campaign can detect if a VPN is being used to access the site, and if so, they display content from an eshop. The eshop doesn't work, site visitors can browse products, but they can't add them to their cart or make purchases. This is done to hide the scam page from unwanted access and as an attempt to evade phishing hunters and security software.

Tesla does not have its own cryptocurrency called Tesla e-money or Tesla Coin. A FAQ page on its corporate website for Dogecoin identifies it as the only cryptocurrency the company takes for payments. The text states:

Lead Stories has debunked other false investment ads in the past, including a phishing scam that used a fake cryptocurrency token.