Did a generator made out of magnets and a battery lead to an astonishing discovery that breaks the laws of physics? No, that's not true: A perpetual motion machine would violate the laws of thermodynamics.

Two Australian inventors claimed they had developed a method to power homes for free in an interview on Sky News Australia that aired in 2008.

A clip from this video is embedded on Instagram on December 2, 2022, with the caption: 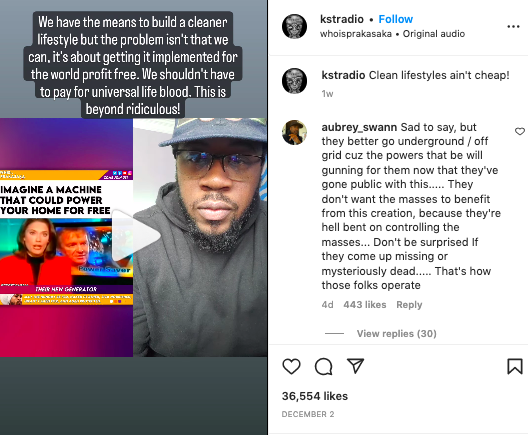 The full Sky News Australia interview can be seen here.

The perfect start to the week -- watch the reporters at Sky News Australia being gratefully hoodwinked by a rather earnest chap with an old motor and a few magnets.

Wired points out there is no independent scientific source or research to back up the claim being made:

This is yet another take on the perpetual motion engine, this time a motor which magically produces five times the energy that is required to run it. Any real questions are carefully avoided in favor of open-mouthed wonder at a future without power stations, a world where energy is free

Albert Einstein is widely quoted as saying about the law of thermodynamics:

... It is the only physical theory of universal content concerning which I am convinced that, within the framework of the applicability of its basic concepts, it will never be overthrown

The Guardian published this quote from Mechanic's Magazine about "perpetual motion enthusiasts" from 1848 in a science column on November 4, 2004:

A more self-willed, self-satisfied, or self-deluded class of the community it would be impossible to imagine. They hope against hope, scorning all opposition with ridiculous vehemence, although centuries have not advanced them one step in the way of progress.

Leonardo Da Vinci wrote in his notebooks in 1494 under "The Scourge of Folly":

So-called perpetual motion machines are for sale on Etsy mainly as whimsical and decorative art.