Does a photo circulating on social media show President Joe Biden "fondling" a child? No, that's not true: The image was digitally altered.

The claim appeared in a tweet (archived here) published by the @realstewpeters account on December 30, 2022. It contained a picture showing Biden interacting with a toddler. The tweet said:

What the EFF am I looking at here? Is this a photo of Biden fondling a small child's genitalia? 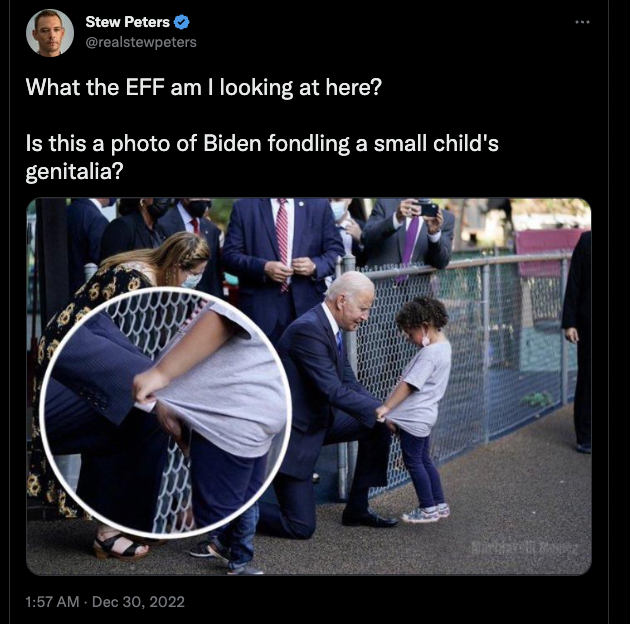 The original picture from the AP image library debunks the claim. Contrary to the tweet, Biden does not do anything inappropriate in the photo. Instead, he appears to be reading what was written on the child's T-shirt: The claim reproduces a variation of a repeated -- and unfounded -- leitmotif of far-right conspiracies about their political opponents being purportedly involved in child abuse. In the past, it led to life-threatening situations in the offline world; for example, in the case of Pizzagate.

Stew Peters, a former bounty hunter, is well known for spreading false information. His claims about COVID-19 led to the removal of his podcast from Spotify, and that was not the only instance. Following the incitement of violence on his account, even Truth Social -- the platform former President Donald Trump formed after Twitter "permanently suspended" him "due to the risk of further incitement of violence" -- placed a warning banner on a February 2022 post from Peters.

Twitter also once suspended Peters, and there was no activity on his account between August 18, 2021, and December 16, 2022, when he was allowed to return to the platform.

It should be noted that the blue check mark next to his account does not represent legacy verification -- in contrast, it resulted from subscription to a paid Twitter service: 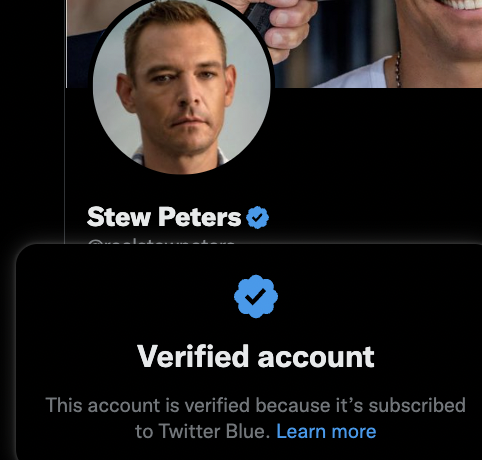