Does the word "coronavirus" mean "heart attack virus" in Latin? No, that's not true: A translation shown in a video circulating on social media relied on the intentional misspelling of the word, which triggered Google Translate glitches.

The claim appeared in a video published on Instagram on January 7, 2023. The caption said:

@ericmoutsos_ if #you #go to #god #forsaken 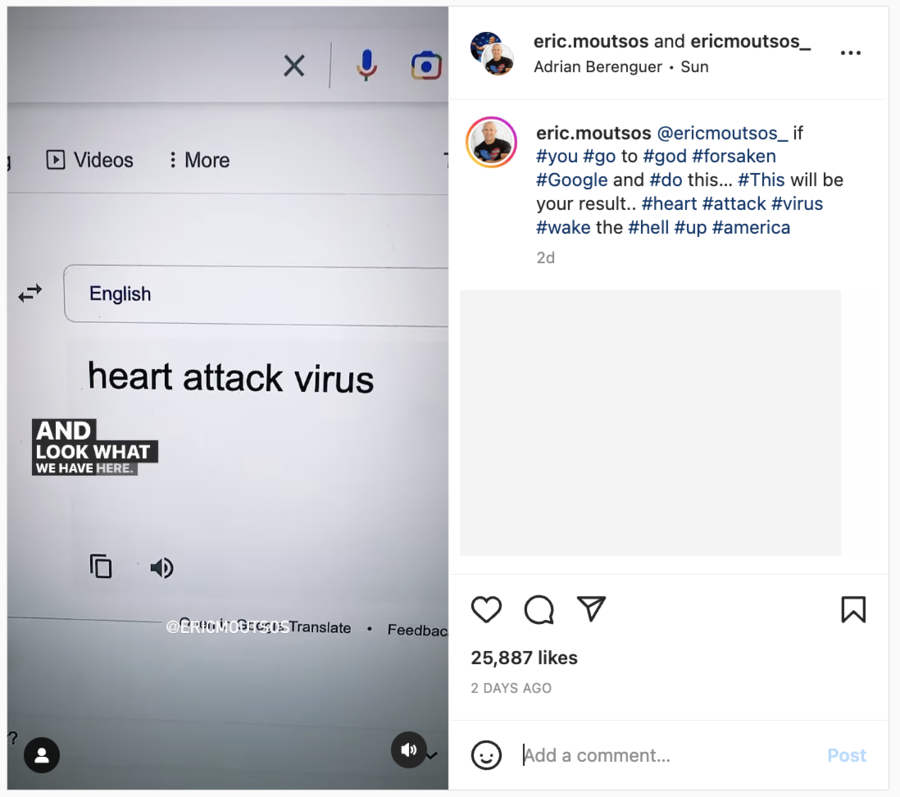 In the video, a man suggested that one type "latin to english" in the Google search field and then insert "cor ona virus" in the Google Translate form with one space after the first syllable and two spaces before "virus." The translation is claimed to be "heart attack virus."

However, that is not the origin of the term used to identify a class of viruses, including COVID-19.

According to the Merriam-Webster dictionary, the word "coronavirus" has Latin etymology. It derives from "corona" ("crown") and "virus" and was first used in 1968.

The book "Cold Wars: The Fight Against the Common Cold" by David Arthur John Tyrrell and Michael Fielder describes the moment researchers had to find a proper term for the discovered phenomenon: 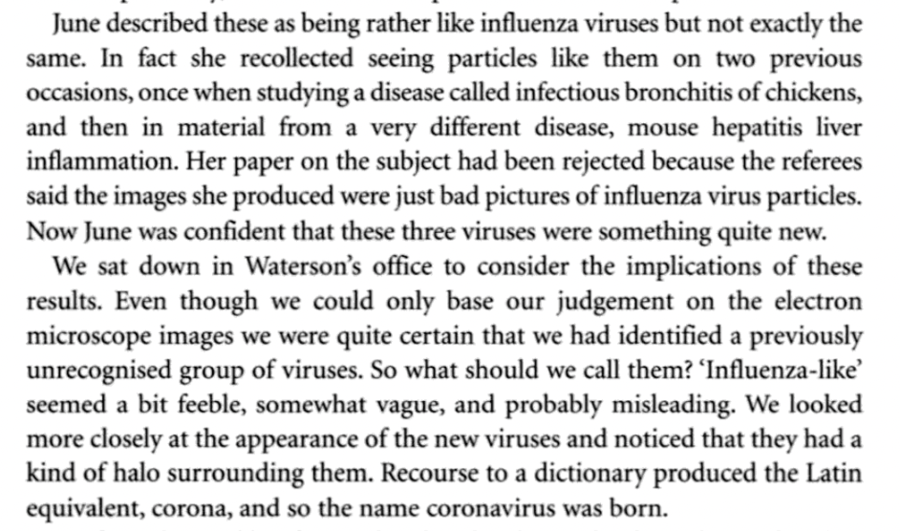 Lead Stories previously reported that Google Translate may be tricked into incorrect translation if a word is misspelled or artificial spaces are inserted. The same appears to be the case of "coronavirus," whose spelling was changed to "cor ona virus."

Lead Stories replicated the process suggested by the man in the video and saw the same result: 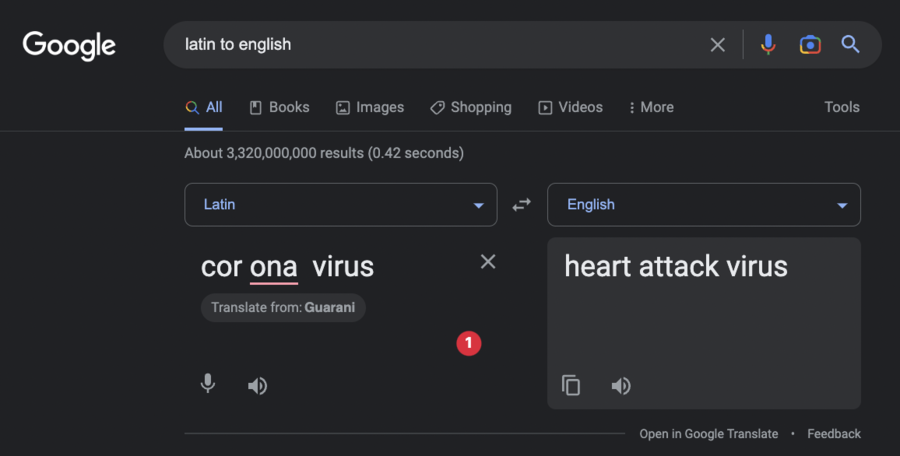 Yet, when the term in question was typed in without extraneous spaces intended to change its meaning, the service did not produce any glitches:

No wrong suggestions showed up when "coronavirus" was spelled with single spaces:

Even changing the language of the original to Guarani as proposed by the system for some reason, did not change that:

While working on this article, Lead Stories discovered other incorrect translations related to the use of spaces. That appears to impair the automatic detection of the original language in some cases; for examples, see below: 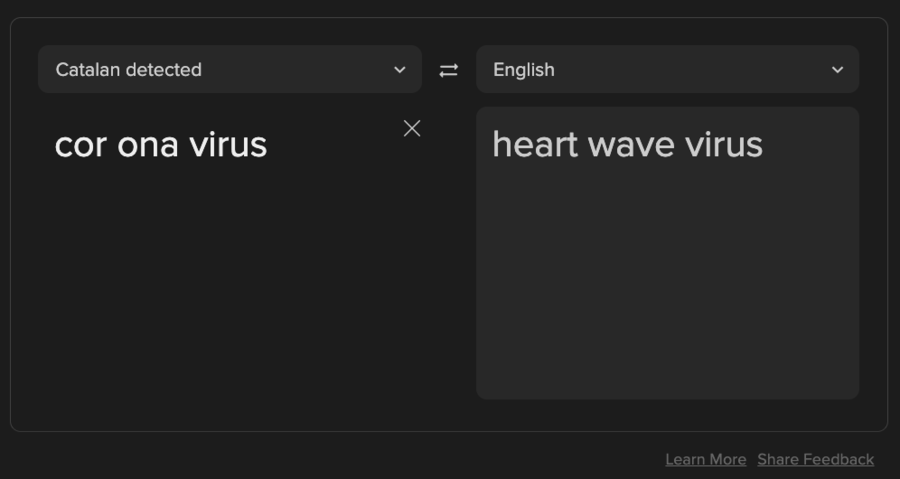 As articles published in recent years point out, there may be some contexts when Google Translate may not be fully reliable, depending on a particular pair of languages and the nuances of the text. In the Disclaimer section, Google warns that its service shouldn't be viewed as a replacement for language experts:

...no automated translation is perfect nor is it intended to replace human translators