Are there massive hidden structures located below Antarctica, hiding a "lost city unlike any other"? No, that's not true: There is no written record, geological or archeological evidence to prove that there are hidden structures or a lost city underneath Antarctica. Images shared in an article published by TheDailyWorld.NET are either altered versions of authentic photographs or scenes from the film, "2001: A Space Odyssey."

Hidden structures in Antarctica has long been an internet trope. A recent version of this claim originated in a January 4, 2023, article published on the website TheDailyWorld.NET titled, "It seems that Antarctica isn't as as barren as previously thought; the continent has a lot of mysteries under its sleeve (video)" (archived here). An introduction to the article read:

There have always been a lot of conspiracies around Antarctica, but we've never been able to find one that was completely true. Thankfully, it is no longer the case, since we have now discovered the one and only fact about this not-so-desolate frozen kingdom.

The reality is that underneath Antarctica lies a lost city unlike any other we've ever seen. Just a few miles under the glacier, we can see massive structures that are so intricate that there is no doubt in my mind that they were not constructed by mere human hands. 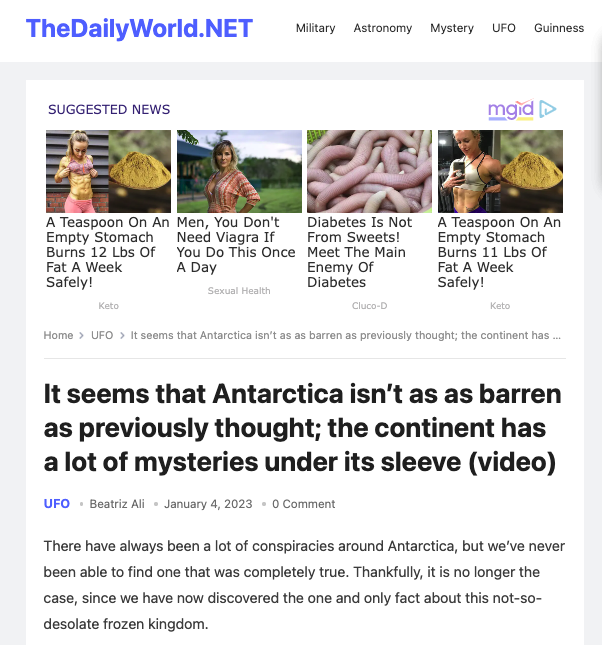 TheDailyWorld.NET is a website that primarily publishes articles with clickbait headlines related to sensational, unsubstantiated claims. It's described by the media bias resource Media Bias/Fact Check as a "conspiracy and pseudoscience website":

Launched in November 2022, TheDailyWorld.Net is an anonymously published website that promotes conspiracy theories and pseudoscience primarily related to extraterrestrials and alien visitations to earth.

The website lacks transparency as they do not offer an about page or disclose ownership, though Justa Tee is listed as the Admin.

Included in the Antarctica article was a 12-minute-plus video shared on YouTube in 2019 titled, "Turns Out Antarctica Holds More Secrets Than we Told" (archived here) by the account Amplex. Created in May 2012, the YouTube page features a number of conspiracy-touting videos with vague clickbait titles, including "This is BEYOND SCARY! Germany is Actually Growing Them in Labs Now" and "'They Putting it in EVERYTHING Now' This is Getting too REAL!"

Nearly all the images published in TheDailyWorld.NET story were pulled from the Amplex YouTube video. We've sourced some of those images below:

The first photograph shown in TheDailyWorld article claims to show a black structure held within an iceberg, described by the author as being "massive structures that are so intricate that there is no doubt in my mind that they were not constructed by mere human hands." Here is the first image: 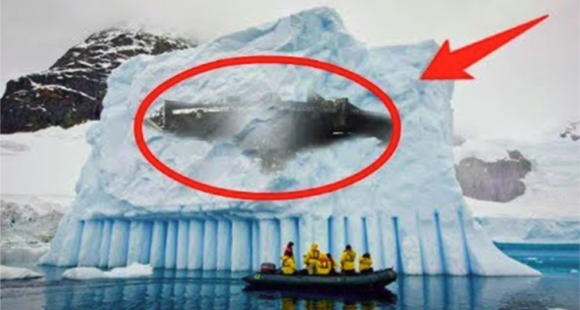 But a reverse image search showed that the above image is an altered version of the authentic photograph titled "People in Zodiac Boat by Iceberg, Antarctica." The photo was captured by wildlife photographer Jamie Scarrow and is hosted by the photo-hosting websites Mauritius Images and Masterfile RM. It was also included in a January 2008 feature on Antarctica that was published in Smithsonian Magazine (slide five).

The second image in TheDailyWorld article shows what is said to be "strange triangular crafts." This so-called craft was also shown in the YouTube video at the 0:55 mark. Here is a screenshot: 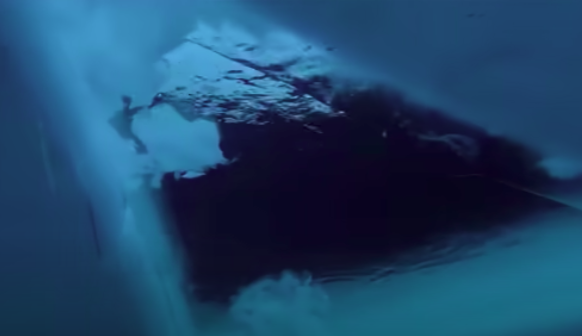 The image above appears to be a still taken from the YouTube video that shows authentic footage likely depicting water below the opening of an ice patch. The scenes in the YouTube video leading up to the "triangular craft" show authentic footage of glacial ice caves -- a natural occurrence seen around the world. For example, this video shared on YouTube by the official GoPro account in 2015 shows the ice caves located below Mendenhall Glacier in Juneau, Alaska. Similar ice caves can be found around the world, including Iceland and Antarctica.

Another image shared in TheDailyWorld article claims to show "the remains of people found in the 1990s." That image was also shown in the YouTube video at the 4:37 mark. Featured is what appears to be an underground structure surrounded by snow-capped mountains. In the photo, a central area is lit up by lights and several human-like figures can be seen:

A third image shown in TheDailyMail article was in the YouTube video at the 10:06 mark. It shows what appears to be a large hole dropping into the depths of the ice-covered southern continent: 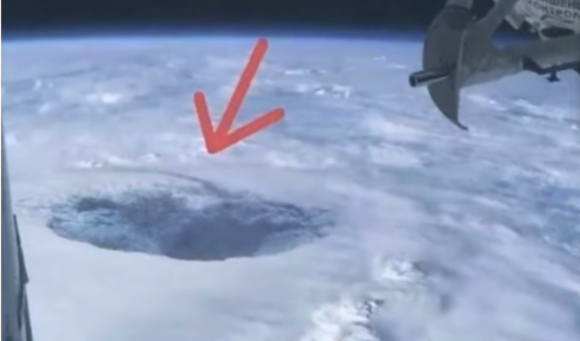 The above image is a cropped and altered version of a photograph captured by NASA on December 2, 2012, the day before Super Typhoon Bopha made landfall on the Phillippines. NASA notes that the still image was taken by Expedition Cmdr. Kevin Ford from the International Space Station (ISS) and shows parts of the ISS orbital outpost: the Permanent Multipurpose Module on the left and Mini-Research Module 1 on the right. 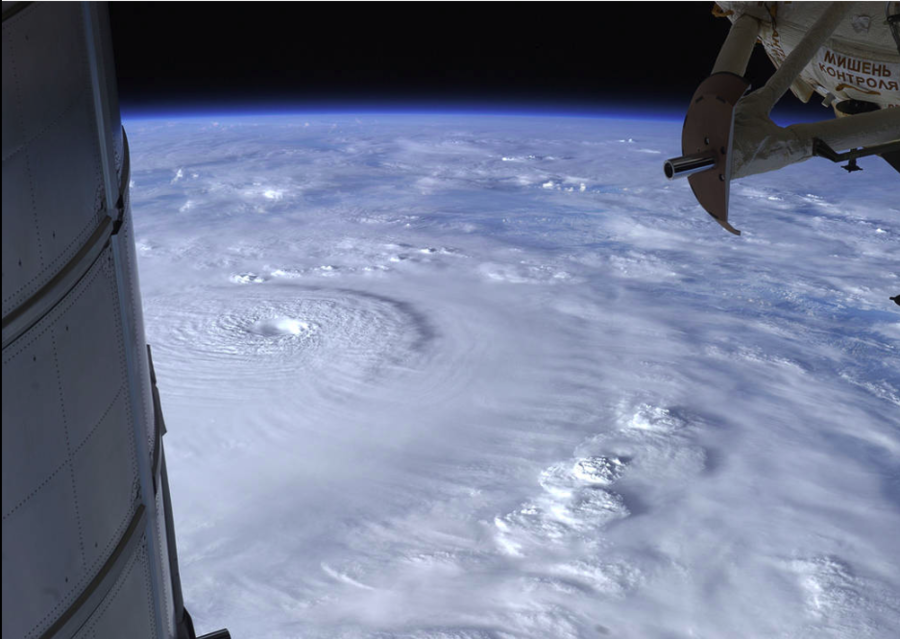 Other Lead Stories fact checks about Antarctica can be found here.