Was Greta Thunberg's detainment by police in Germany staged? No, that's not true: The spokesperson of the Aachen police department told Lead Stories that Thunberg's interactions with the police at the scene were real, but no arrests were made -- police escorted activists from the protest to collect their personal information.

The world is a stage. 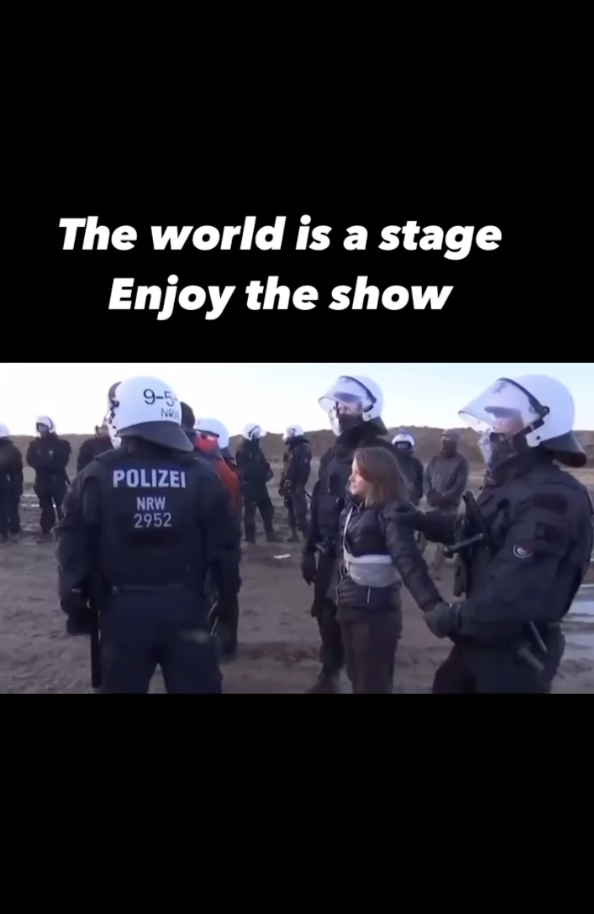 On January 13, 2023, Thunberg tweeted that she arrived in Lützerath, a village in the German region of North Rhine-Westphalia located about 30 miles away from the city of Aachen. She is the 20-year-old Swedish environmental activist who addressed the United Nations Climate Change Conference in 2018.

Thunberg planned to join the protest against an expansion of a coal mine. The deal the German government reached with the energy company RWE was scheduled to lead to the village's demolition.

The video reused by the Instagram post was taken on January 17, 2023, as the Swedish activist was detained. Its higher-resolution version shows the heavy presence of the media, equipped with expensive professional video and audio recording equipment, at the scene: 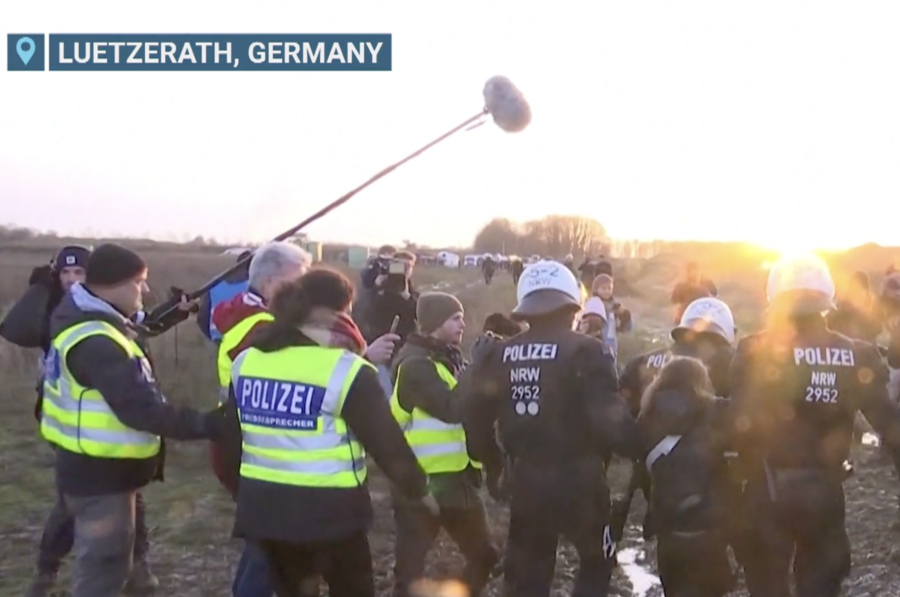 However, that is not a sign that the detention was staged: Media presence at protests is normal.

Dana Zimmermann, an Aachen police department spokesperson, told Lead Stories via email on January 18, 2023, that the police response was triggered by the initial report made by the "owner of the property" and that the detention indeed took place:

... the entire group of people including Greta Thunberg had to give their personal details to the police, they were not under arrest!

We are not the extras for the staging of Greta Thunberg.

The Aachen police department spokesperson also addressed why the police were moving slowly, allowing the press to take the shots of Thunberg:

We are grateful that the policemen and -woman acted so professionally during the police measures on site. During the mission, there was very isolated criticism that press work was restricted and now the posed photos are being discussed? That shows how difficult is to please everyone. We always said that it is important, the police, enable reporting and guarantee the protection of media workers in critical situations. Both were given at this point and that's why the journalist were able to do their work.

This version of the events is consistent with what was previously reported by credible media organizations such as Reuters.

According to Zimmermann, "no charges were filed against Greta Thunberg." By the time of this writing, she had already been released.

Thunberg did not claim that she was arrested. On January 18, 2023, she posted a tweet corroborating the words of the Aachen police department press officer:

Yesterday I was part of a group that peacefully protested the expansion of a coal mine in Germany. We were kettled by police and then detained but were let go later that evening.