Does this video accurately show a plane crash or emergency? And might it even be live ? No, that's not true: This footage is not real. It is a computer-generated video from a popular video game named Grand Theft Auto V that is often used to generate long videos of airplane "emergencies", "crashes" or "emergency landings", sometimes with the purpose of keeping people watching for long stretches of time in order to boost the algorithmic popularity of certain pages or channels on social media. 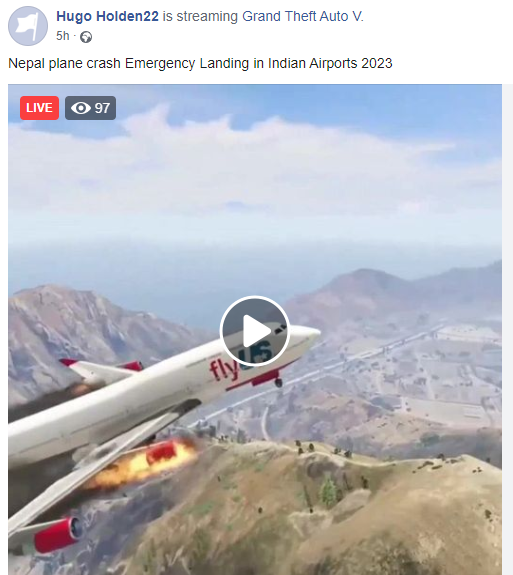 This eight-hour, 10-second video does not display actual footage of an airplane making a dangerous emergency landing or crashing. It is clearly fake as it depicts a computer-generated scene, showing the plane maneuvering in impossible ways without damaging the plane or the surrounding area. At no point in the video does the aircraft actually land or crash.

This video game also allows players to fly planes that appear to be on fire realistically, have smoking engines and crash.

An example of this was similarly depicted in a March 2, 2020, YouTube video titled "GTA V: FlyUS Jet Best Extreme Longer Crash and Fail Compilation." It displayed the same animated "flyUS" plane, which appeared to be smoking at one point in the video. 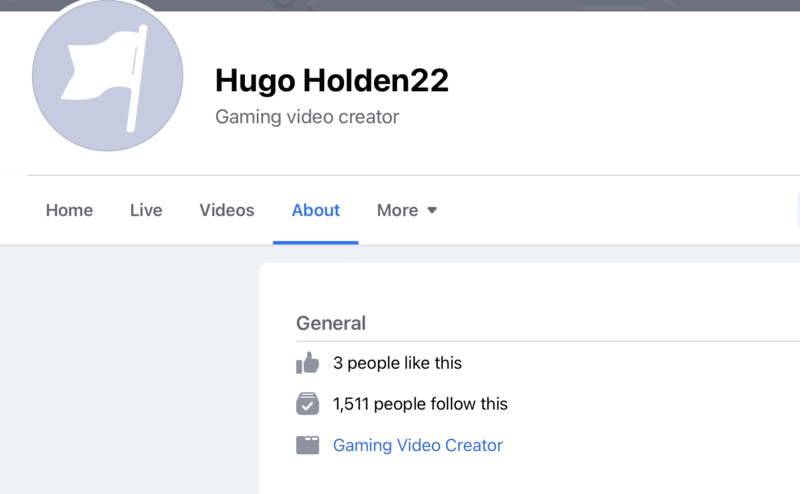 A January 17, 2023, Google News search using the keywords "Nepal plane crash Emergency Landing in Indian Airports 2023" produced no results that would indicate any emergency landings actually took place in India the relevant time period. There was an actual plane crash in Nepal in January 2023 but it is unrelated to this footage.

Other Lead Stories fact checks about flight simulation videos can be found here.