Are unknown men stalking women in the discount retailer Marshalls in cities throughout the United States and Canada? No, that's not true: This claim is a copypasta, a chunk of text that is copied and pasted on social media about an event that is not happening in reality. Lead Stories spoke to the police department in Ruidoso, New Mexico, the supposed location of the claim that is the target of this fact check, and was told the Ruidoso area does not have a Marshalls. Multiple people across the United States and Canada have posted this exact same text.

The claim appeared on Facebook (archived here) on January 12, 2023. It opened:

Ladies in Ruidoso area... don't go shopping alone and be very vigilent about who is in your area. 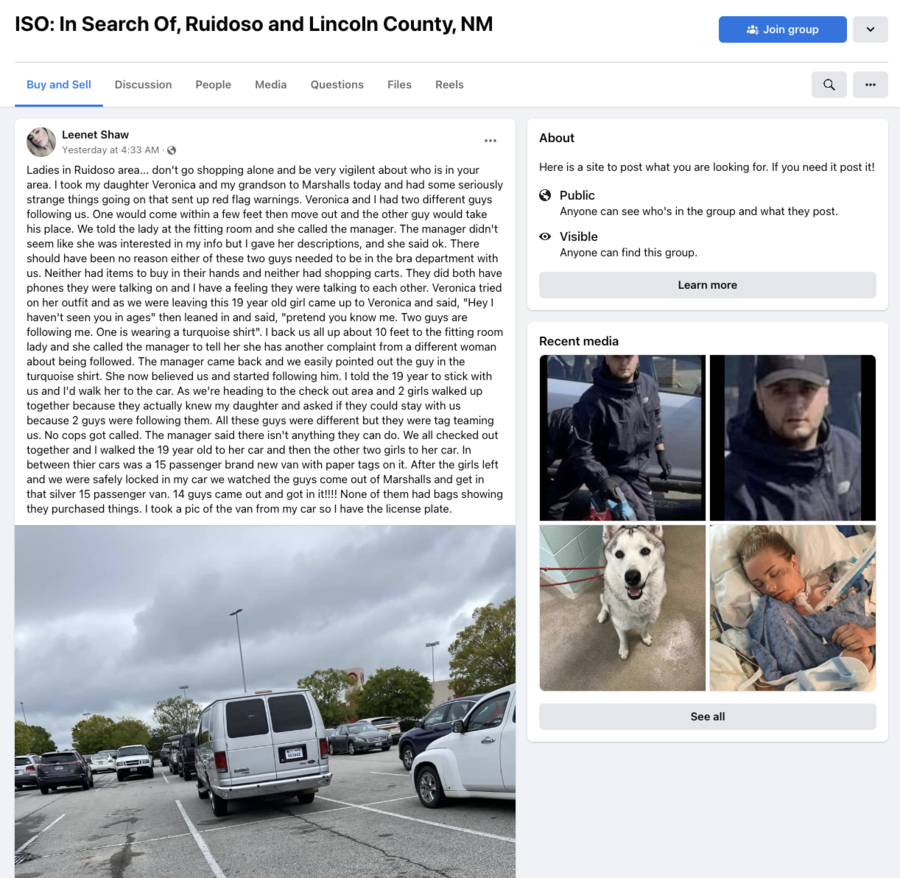 The post alleges that "different guys," supposedly working as a tag-team, followed a woman, her daughter, grandson and three other women in the Marshalls department store. The post claims that, after the women left the store, 14 men without "bags showing they purchased things" also left the store and got into a 15-passenger van.

The post that is the subject of this fact check refers specifically to Ruidoso and the larger Lincoln County area in New Mexico, but identical posts have appeared about Marshalls stores in Baltimore, Maryland; Mesa County, Colorado; and Duncan, Oklahoma. One person has claimed these events occurred in Canada.

All the posts start with the same opening line: "Ladies in [name of area] area... don't go shopping alone and be very vigilent [sic] about who is in your area." The addresses for the Marshalls stores are never given. The Lead Stories graphic below shows identical posts of this claim for other locations: 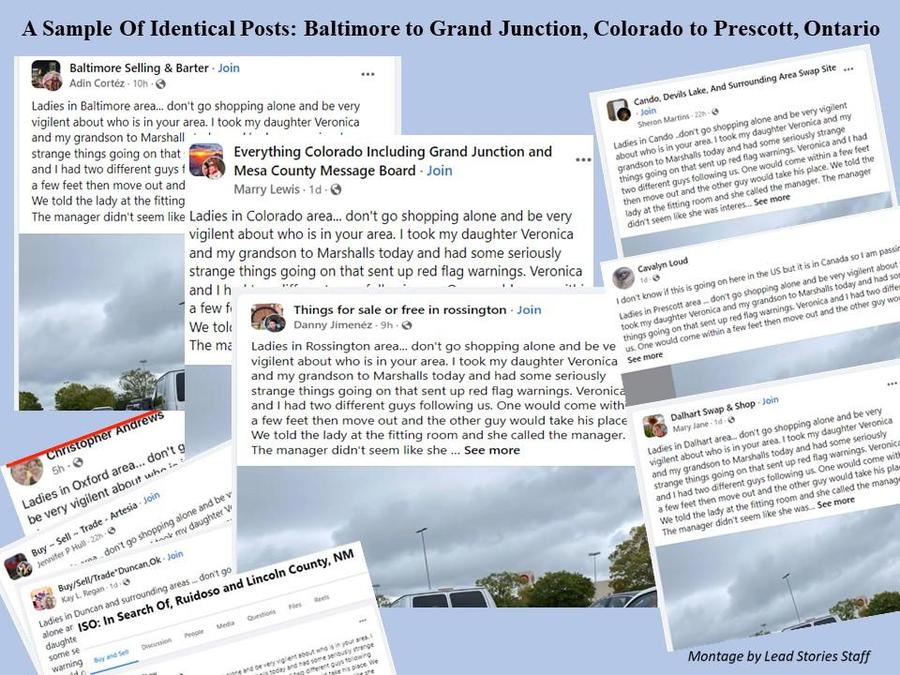 In the case of the post for Ruidoso, New Mexico, Lead Stories contacted the Ruidoso Police Department and spoke by phone to Deputy Chief of Police Steven Minner on January 13, 2023. Minner said that "[W]e do not have a Marshalls" in the Ruidoso area. The absence of a Marshalls in this specific location provides further proof that posts like these are meant to trigger Facebook engagement.

A Google News search for "Marshalls following women 14 men in a 15 passenger van" also led to no results.

Although this post does not pertain to real estate, real-estate scam posts on Facebook follow the same pattern. A Facebook user posts an alarming story to garner attention and engagement. Once the audience reached is large enough, the original post will include an advertisement to buy real estate in the comments.

The comments for the Marshalls post had been turned off at the time of the writing of this fact check.

Additional examples of scam posts that Lead Stories has covered can be found here, here and here.