Was a man in a photo suspected of "cutting" catalytic converters in multiple cities? No, that's not true: The man in the photo was listed as a suspect of catalytic converter theft in 2021 but it was in a town over 250 miles away from the town named in the social media post in October 2022. The post with the same image of the man has been used in other cities and states and appears to be a scam where the post switches to a real estate ad falsely claiming to be a Housing and Urban Development (HUD) real estate site. 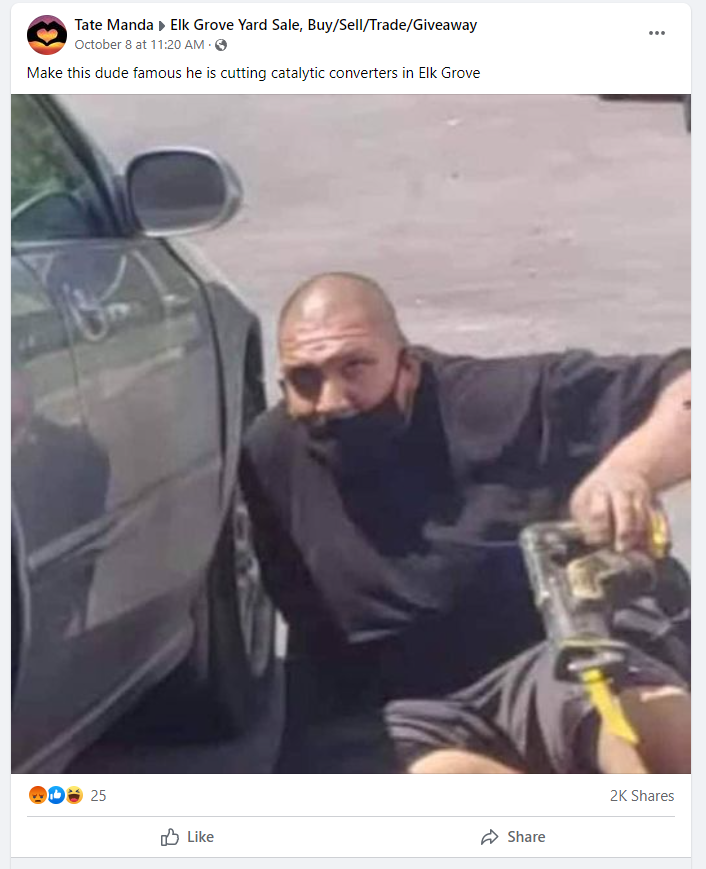 A reverse image search shows that the photo was published in a Bakersfield Now article posted on June 17, 2021, titled, "Man wanted in catalytic converter theft." The Bakersfield Police Department was asking for help identifying the person suspected of stealing converters. Bakersfield is approximately 262 miles away from Elk Grove, California, where the Facebook post claims he was wanted for "cutting catalytic converters": 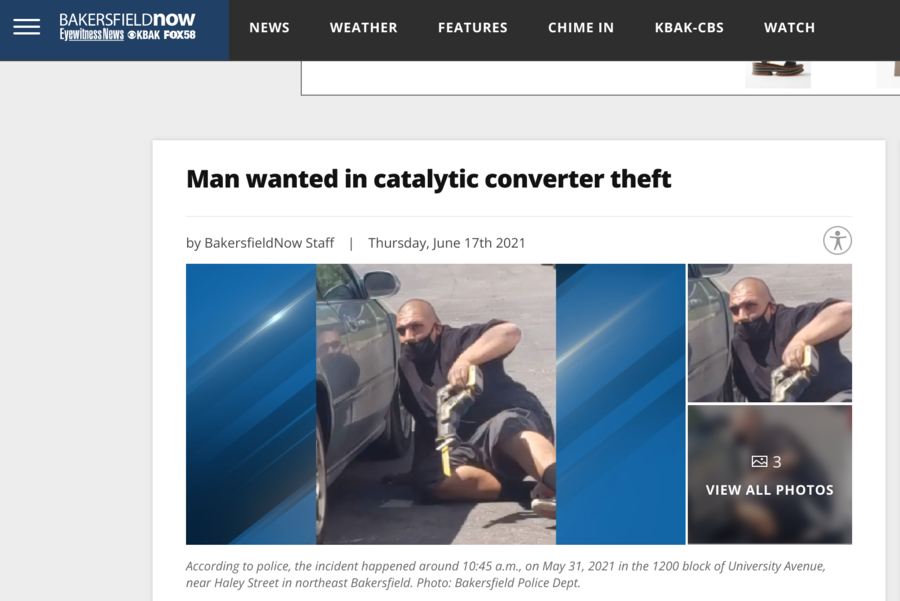 The composite image below shows posts from other cities that are hundreds of miles away from Bakersfield where the police department originally posted the suspect's photo. Each post has the same caption claiming the person is cutting catalytic converters -- in Nebraska and Florida as well as California. All have the comments turned off. 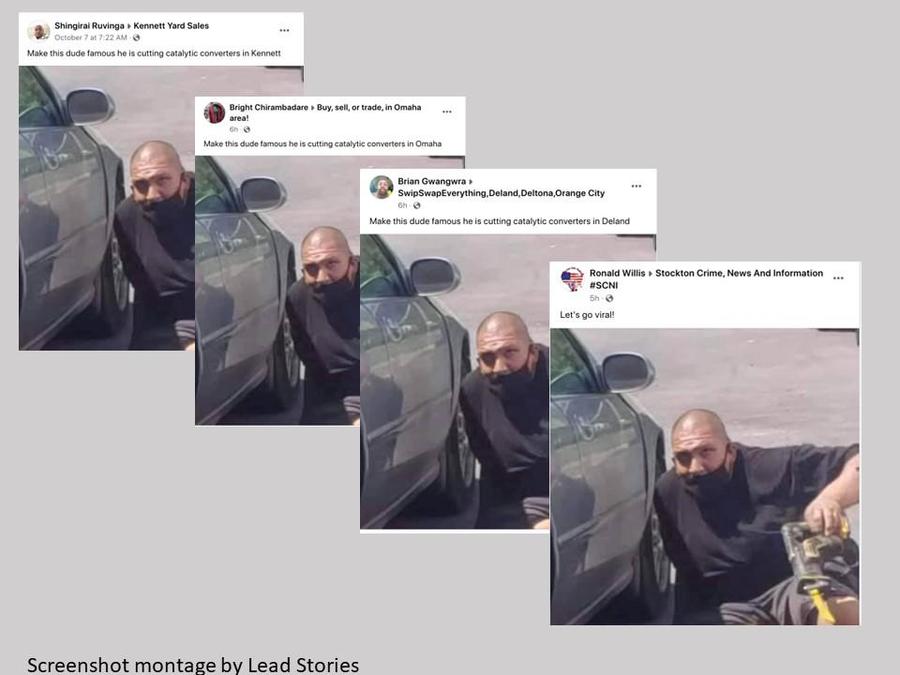 One way the scam works is once the post gets enough clicks it switches to a questionable real estate listing. It is not clear how this update occurs. The post then appears to be for a real estate deal with a link that purports to be a HUD site, but that claim is false. When the "start viewing homes" icon is clicked it leads to a separate site that notes, "viewhudforeclosures.com is not affiliated with, endorsed, authorized, or approved by the Federal Government or the US Department of Housing and Urban Development."

An example of a switched post is below. A post shown on October 10, 2022, appears to be for a real estate deal as this screenshot shows: 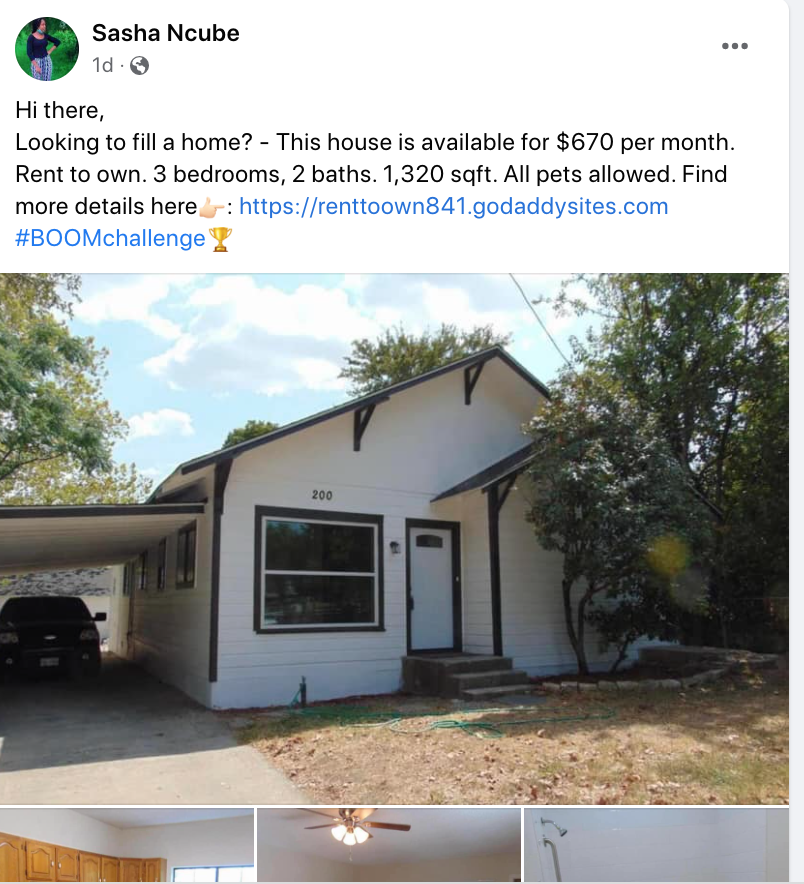 However, the edit history of the post shows it was originally a post that read, "Let's make this dude famous he is cutting catalytic converters, in Pahrump." It notes that images have been removed from the post. Pahrump is in Nevada, not California. This screenshot is of the edit history of the post. It shows that it was originally about catalytic converters. 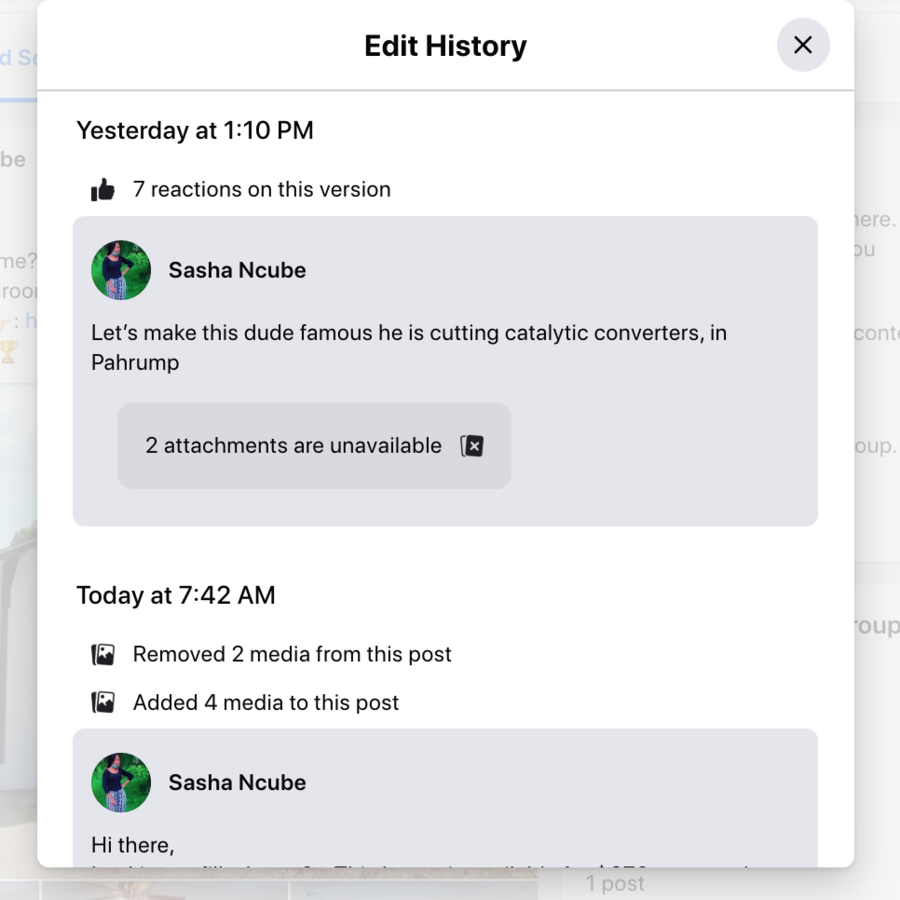 Lead Stories has debunked several variations of this deceptive post design appearing in local groups on Facebook including this one from August 2022. One version involves a story of a dangerous man on the loose, another a story of a fugitive who attacked a woman with a knife. Not all the stories feature criminals. Some posts have stories about missing grandmothers with dementia, missing kids, rattlesnake sightings, found dogs and even noxious weeds. Regardless of the narrative presented to entice people to helpfully share the post, what happens next is consistent.