Did George Washington University Hospital in Washington, D.C. stop accepting new patients on January 4, 2023, due to a "possible EBOLA OUTBREAK"? No, that's not true: An official statement from the hospital, provided to Lead Stories on January 5, 2023, said that the facility, known as GW Hospital, has "no Ebola patients, [and] is fully open to serve the community." Calling the Ebola allegation "erroneous," GW Hospital also posted a similar statement on its Twitter account.

The claim appeared in a post on Instagram published on January 4, 2023, under the title "BREAKING NEWS." It opened:

GW HOSPITAL isn't accepting no patients due to a possible EBOLA OUTBREAK. Also Washington Hospital Center has no bed space with a line out the door. Stay Tuned for more updates. 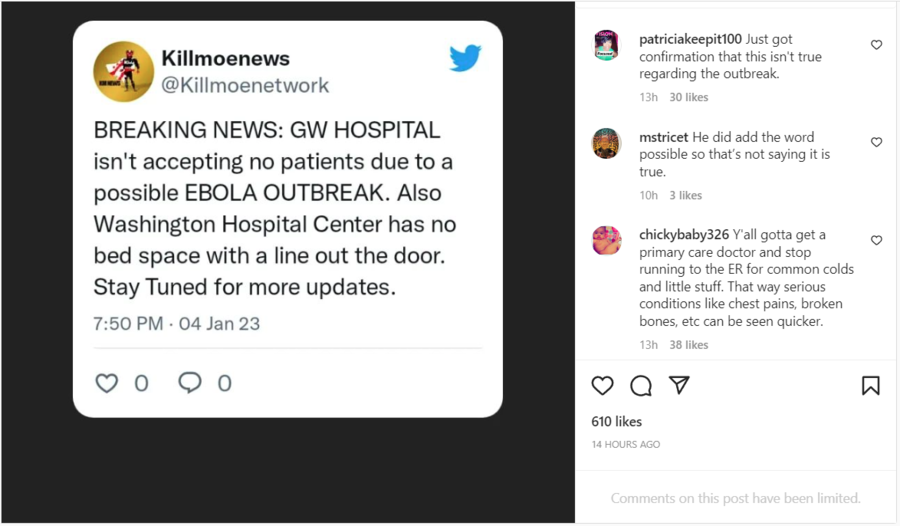 In a January 5, 2023, email to Lead Stories, the hospital's marketing manager, Beth Couch, provided the statement below, "Regarding False Information on Twitter":

The hospital also posted a response to the claim on its Twitter account on January 4, 2023. It says: