Will answering four questions earn all Walmart female customers $500 in grocery credits, given that the company purportedly has discriminated against women "for years"? No, that's not true: There is no evidence that the long-time retailer has issued such a survey. Walmart's online "Fraud Alerts" page describes its process for awarding survey participants with gift cards; notices of such awards that do not follow this procedure are "likely a scam," the company says. Also, the image in the post that featured the offer of grocery credits for women has been digitally manipulated.

WalMart has been discriminating against 40+ y/o women for years! All 40+ women are eligible for 500$ Grocery Crеdit. Answer 4 questions only

Here is how the post appeared on Facebook on the day of the writing of this fact check: 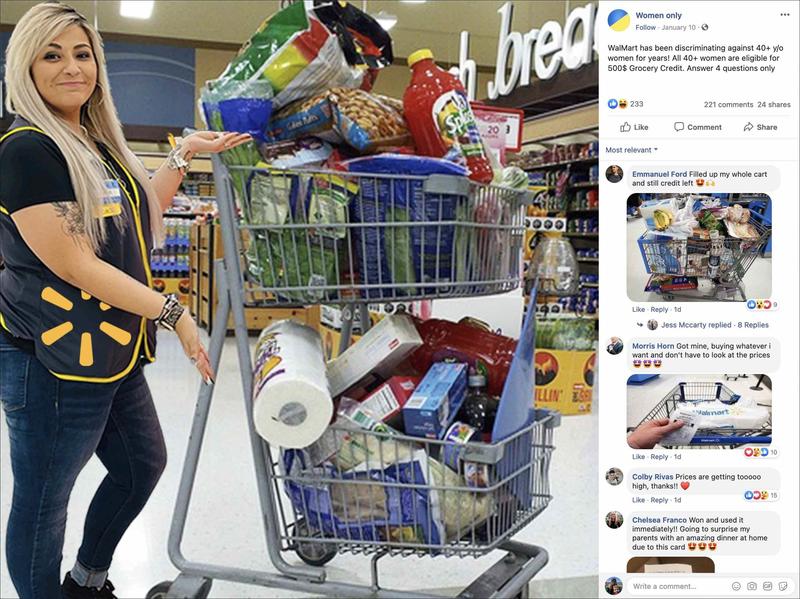 As of January 13, 2023, Walmart does not pay a monetary credit to women of any age as compensation for discrimination once they complete a survey.

The picture attached to the post has been digitally altered.

A Yandex reverse image search revealed that the photo in the post was taken from an August 11, 2014, Consumerist article with the exact image of the overflowing shopping cart with a clearer resolution. The Consumerist is self-described as "an independent source of consumer news and information published by Consumer Reports."

Lead Stories could not identify the origin of the photo of the woman seen in the post. However, juxtaposing the picture of the woman with the seemingly enlarged photo of the cart made it evident that this image had been digitally manipulated. 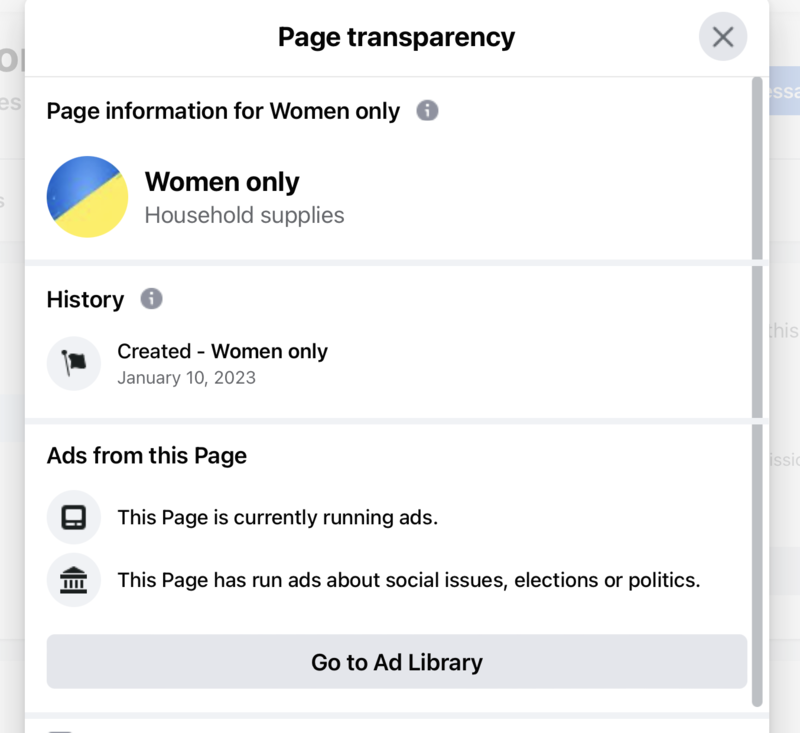 Walmart's "Fraud Alerts" page specifies that gift-card offers to survey participants that do not follow its standard protocol are "likely a scam." Although the post on Faceboook mentions "Grocery Credit," rather than gift cards, the concept is the same.

This is how Walmart describes its procedure for awarding gift cards to survey participants:

Walmart offers a survey, located at survey.walmart.com, from invitations appearing on receipts in our stores. Customers are offered entry to the survey through register receipts or emails from our survey team, and the survey can only be completed online. The survey participants may choose to enter a sweepstakes which offers five winners a $1,000 gift card every 3 months, and 750 winners a $100 gift card. Winners are notified via phone and certified mail. Gift cards are not given away through Twitter, Facebook, or text message. If you receive a notice through one of these channels, it is likely a scam. Do not click on any links in these messages.

Lead Stories has contacted Walmart for a statement about the claim about credits for women, and will update this fact check if a response is received.

Other Lead Stories fact checks of claims about Walmart can be found here.