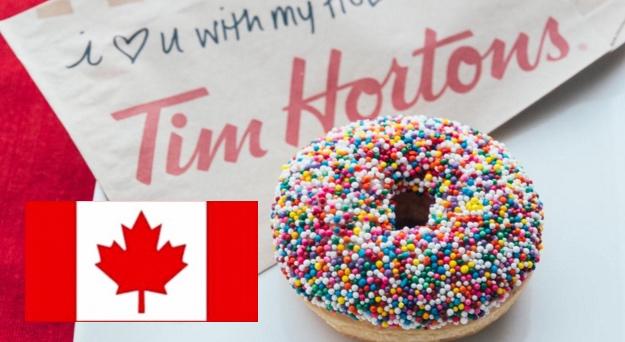 In possibly the most Canadian crime ever, CBC News reports a 31-year-old man has been arrested after allegedly hijacking a transit bus with a knife and forcing the driver to take him to a Tim Hortons in Toronto.

Tim Hortons is a Canadian fastfood chain that specializes in doughnuts and coffee. They are a prized possession to the U.S.'s friends up north; so much so that a man felt the need to hold a bus driver at knifepoint so that he could go get his fix.

Police say the incident happened around 12:30 a.m. ET Friday night, when the man got on a Toronto bus with a knife.

The man then allegedly forced the driver to run through several lights before pulling into a parking lot shared by a Tim Hortons and McDonalds.

The man then went into the Tim Hortons -- presumably for a nice doughnut -- where he was later arrested by police. No one was injured in the heinous crime.

The driver is "shaken" but was not physically harmed, TTC spokesperson Brad Ross said, adding that counseling and other assistance is made available to all employees who experience traumatic incidents on the job.