A fake story is trending on social media reporting that Ted Cruz went on a profanity-filled Twitter rant to blame God for his failed presidential campaign. It is a hoax -- or perhaps a satire. But judging from the sharing and commenting on social media, many of your friends are believing it to be gospel.

Cruz has said that he believed God called him to run for the White House.

One purported Cruz tweet reads: "Either God doesn't care or God is a f**king a**hole. How could he let Satan win??" 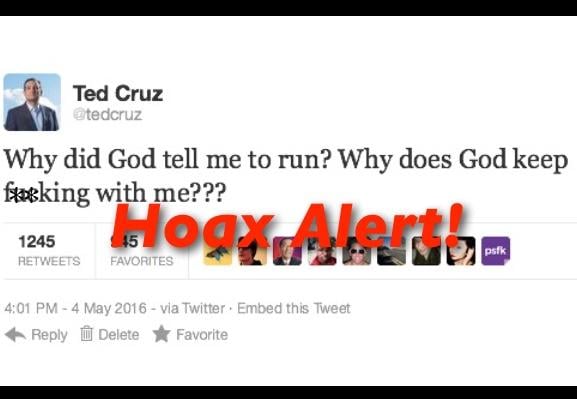 Again, these are fake tweets and the story is not true. Try to avoid sharing it. If you see your friends share it, post this story in their timeline.