There is a NOT TRUE story trending stating "Transgender Woman Shot To Death In Department Store Restroom." This particular topic is a current hot-button issue and has many, many hoax stories being posted about it daily. Lead Stories has debunked several NOT TRUE stories regarding this issue, and will continue to do so if they are as ignorant and baseless as this HOAX story.

An excerpt from the story of lies:

Bradford's Department store DOES NOT exist, at least not as a major big-box store. If you live in a town named Bradford, there's a good chance you will have local stores using the name in some form.

As for the image used in the NOT TRUE story, it is a free stock image from Pixabay.com. The website that published this ignorant NOT TRUE story is well known for this type of irresponsible journalism. No matter where you stand on the issue of gender identity and the "Bathroom Law", no one should die over it. 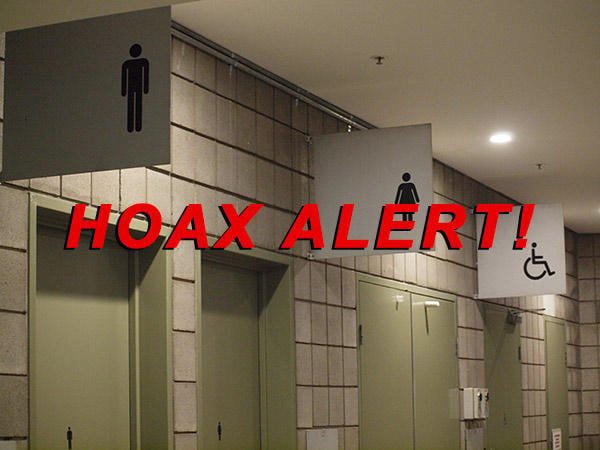 After reading the comments on the NOT TRUE story, it is obvious that people do believe this story is true. 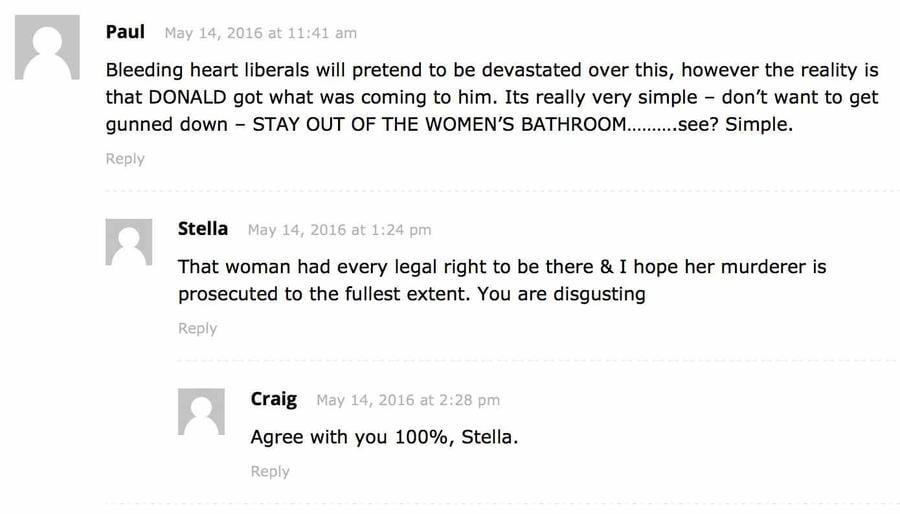