An estimated 20ft Great White Shark has been spotted in Panama City beach. Many who have spotted the large shark have said it appears to be drawn to the coast line to feed on large jellyfish. Mayor Larry Vaughn said this shark will not effect the upcoming Ironman event to take place 11/5. 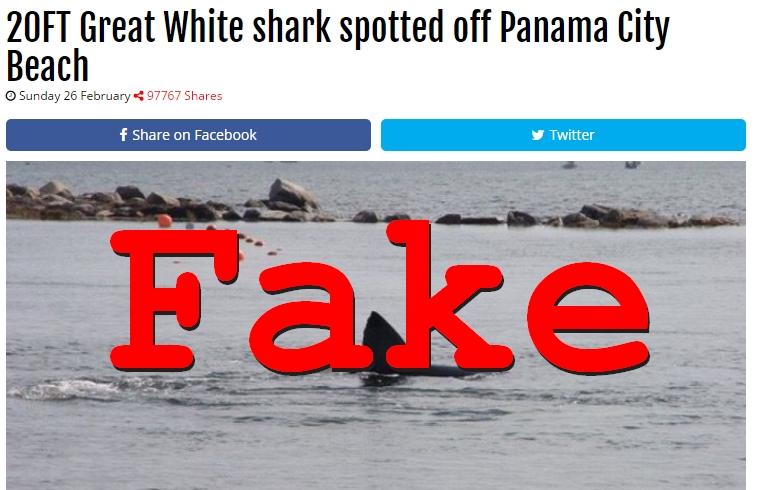 The image that goes with the article was probably lifted from a Fox News article about a 2011 shark sighting at Cape Cod.

React365 is a prank website that allows anyone to upload a picture, type a headline and a paragraph of text in order to prank their friends. In this case the prank was an extreme succes as it was shared by almost 100000 people on Facebook at the time of writing. Judging by the date it is refering to the 2016 edition of the Ironman Floriday triathlon so the prank has been going around for a while.

For some reason it has suddenly started trending again, as the Trendolizer graph at the end of this article shows. If you see anyone sharing it around point them to this article instead because nobody likes fake news being spread around.