The most renowned African-American pastor, "T. D." Jakes reportedly dead this morninsg in his residence, Dallas, Texas. According to the Dallas Voice, the homophobic Dallas Megachurch pastor had not been ill when he died in his sleep leaving behind his wife of 61 years and five children.

The story is not true: neither the official website of the T.D. Jakes ministry nor his Facebook page have confirmed the news, and the T.D. Jakes twitter account has just tweeted less than an hour ago and makes no mention of the death of T.D. Jakes at all:

Good Morning! There is power in prayer and proximity! Everything can change for the better at any moment! @eji_org pic.twitter.com/2k4KhdYZOv 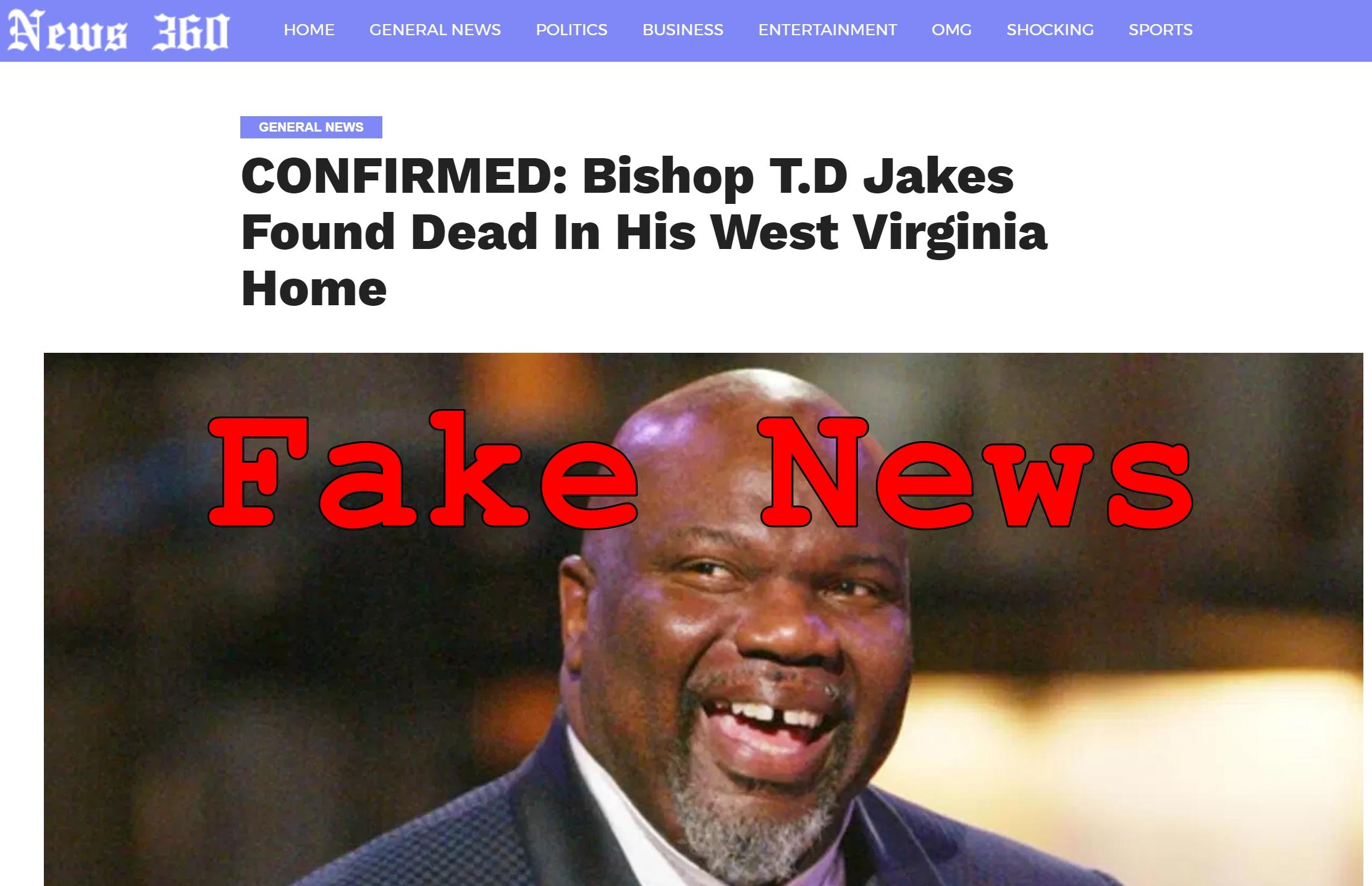 The site News 360 (meganews360.com) appears to be part of a network of fake news websites that all have normal looking front pages with some generic news stories taken from other websites but which frequently publish hoax articles on other parts of the site that aren't immediately obvious to visitors. Some sites we've identified as apparently part of the network include: