An article titled "Bill O'Reilly In Critical Condition After Being Attacked By 'Tolerant' Liberals" published by fake-news-as-satire website The Last Line of Defense is trending on social platforms, indicating that many readers believe it is true. But it is fake news and it opens with this:

Bill O'Reilly was reportedly minding his own business at a bagel shop in New York City this morning when he was approached by two women and three men who said they were "disgusted" by his behavior towards women at Fox News. O'Reilly, who has never been afraid of anyone, turned and told the group to grow up and leave him alone. That's when the "tolerant" liberals got violent.

The story, of course, is playing off the real news that O'Reilly was fired from his hosting job at FOX News recently amid allegations that he sexually harassed females at the U.S. television channel. Lead Stories' Trendolizer tools detect early trending stories on social platforms. See the chart documenting this fake story's rise below. 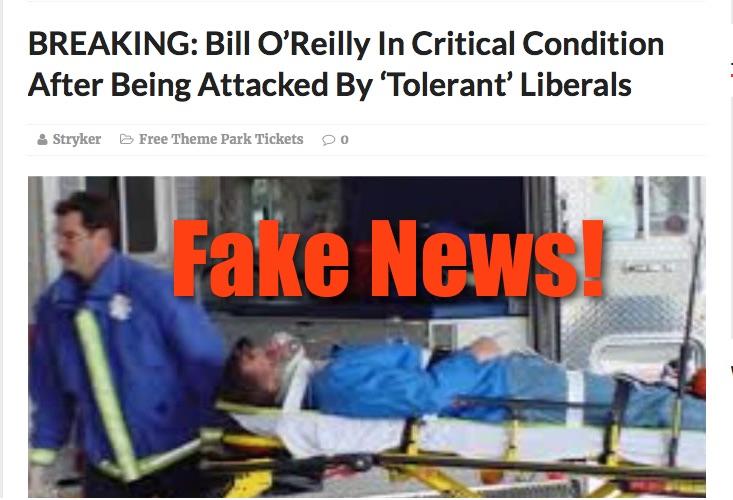