Another day, another hoax from World News Daily Report. This time they report: "CANADA: MOOSE ESCAPES FROM ZOO AND GOES ON COW-RAPING RAMPAGE". The fake story starts out:

Calgary, AB | A moose that has escaped from the Calgary zoo is wreaking havoc on local farms in the area as the 2,000-pound beast has allegedly been sexually assaulting a large number of cows since its escape two nights ago.

Of course none of it is true. Fake news, or better: fake moose. 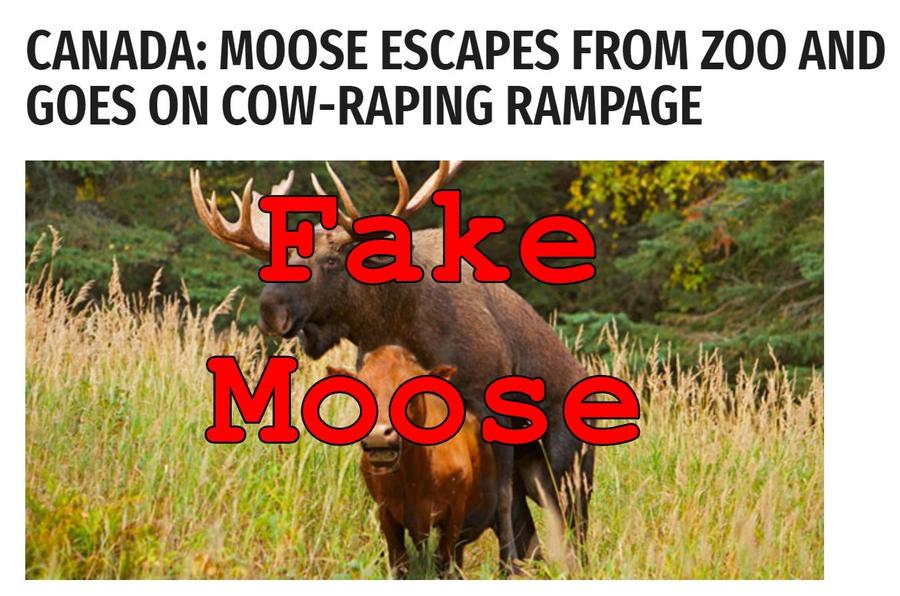 The image is clearly photoshopped from this picture, showing some normal moose on moose action: 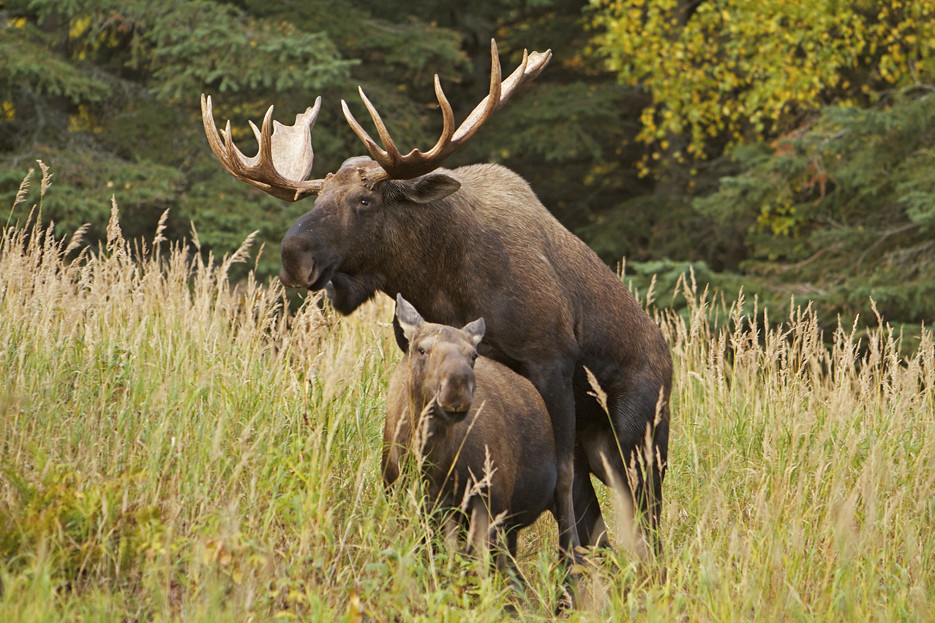 Not only that, but the website World News Daily Report is a well known hoax website specialized in posting hoaxes and made up stories. The disclaimer on their website is pretty clear about that even though you have to scroll all the way down the page to find it:

Despite that the story is being shared around widely as you can see in the Trendolizer graph at the end. If you'd like to do some fake news hunting, please join us in shooting down this myth.