Go ahead, fake my death! No, a report trending on social media is not true: Conservative Icon Clinton Eastwood was not found dead in his Brentwood home. Lead Stories' Trendolizer system detected the death hoax as trending, but we've confirmed it is not true. The article headlined "BREAKING: Conservative Icon Clint Eastwood Found Dead In His Brentwood Home" from known fake/hoax website "The Last Line of Defense" says:

The Orange County Sheriff confirmed this morning that Clint Eastwood was found deceased at his home in Brentwood, bringing to an end a life that will never be forgotten and leaving behind a legacy that will live forever. The coroner reports that it appears Eastwood died of natural causes. There is no word yet on funeral arrangements.

First, Eastwood does not live in Brentwood, a west Los Angeles community. He is a Carmel, California, resident. Also, Brentwood is in Los Angeles County, not Orange County. 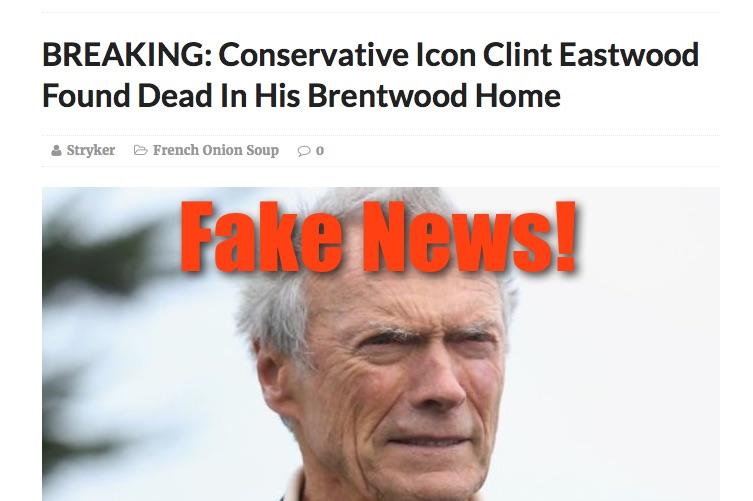