Our favorite fake news website The Last Line of Defence started another fake rumor today titled: "The DEA Just Raided A United States Senator-Dems In A Panic". It opens like this:

The DEA just raided the vacation ranch of Democrat Senator Hal Lindsay (D-NJ), seizing more than 400 marijuana plants, 2 greenhouses full of opium-producing poppies and a small lab that was pumping out massive amounts of refined, finished product. The ranch, just a few hundred miles north of anything in Wyoming, was also seized along with a fleet of automobiles, recreational vehicles and other property now considered the spoils of the drug trade.

The bust itself yielded more than $6 million in finished drugs alone, never mind the plants and raw product waiting for packaging. All in all, Senator Lindsay is looking at 70 years behind bars on the opium alone. He was taken into custody at his office in Washington DC and has since been booked and released on $10 million bail.

It is unclear at the time what Cory A. Booker or Bob Menendez think of this (the actual current senators from New Jersey). Nobody by the name of Hal Lindsay has ever represented New Jersey in the Senate. So the story is definitely bogus and people who believe it clearly haven't done even the most basic of factchecking. 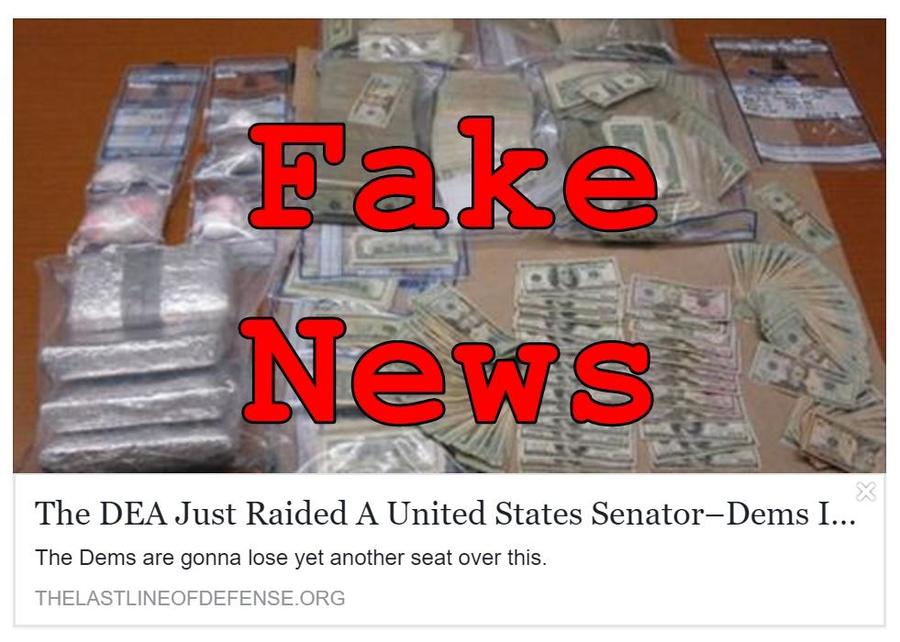 According to Buzzfeed the site was originally meant to troll conservatives with over the top satirical articles but now appears to be used as a 'source' by a large network of actual fake news sites (not related to the original creator) that all repost the same articles mentioning it as the source but not acknowlediging the satire disclaimer. This causes many people to believe the fake stories especially when they are being shared on social media where all context is removed and only the title, image and description remain. Politifact identified a liberal from Maine by the name of Christopher Blair as the owner of The Last Line of Defense.

If you look at the Trendolizer graph at the end of this article it is obvious there are lots of dumb people on the internet. Help them out, share this article and make them a little less likely to fall for the next liberal internet hoax.