Guy from viral Instagram and Facebook videos has been found dead in South Florida on Wednesday night. John Hill Jr. AKA "Boonk" turned an online following into viral fame, recording stunts that have racked up over millions of views on Instagram alone.

Currently police do not have a suspect in custody but witnesses are in questioning.

The article quotes no sources and no exact location. "South Florida" is quite big: if something like this really happened normally at least the city is known, if not the exact location where it happened. Also, no other sites are reporting on this "news". 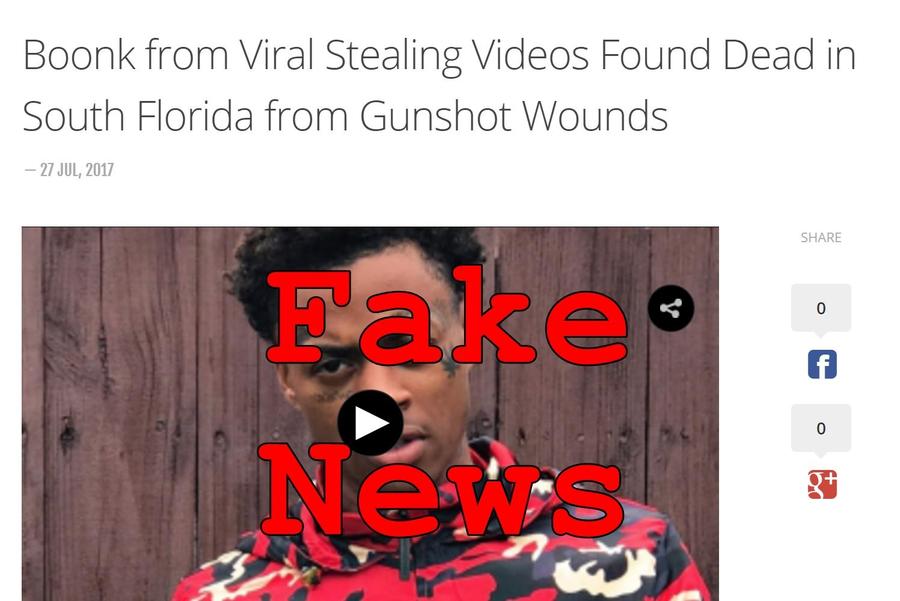 Meanwhile, Boonk's instagram account posted a promotional video less than one hour ago. It seems quite unlikely Boonk or his people would do this if he was dead:

Go download Power Jump 1 and play with me as the character (on IOS & Android) !!! @elev8apps #boonkgang

Whats the play for today

So we are going to go ahead and call this one fake news. Yet despite all this thousands of people are sharing news of Boonk's death around as you can see in the Trendolizer graph at the end of this article. If you notice anyone spreading the rumor around you can help by pointing them to this article here because nobody likes fake news.