22nd Circuit Court of Appeals Justice Hansam al Alallawalahi-Smith made national news this week when he overturned a ruling out of Dearborn, Michigan that allowed two critical and violent tenets of Sharia Law to be practiced here in the United States.

The main point of the new article reads:

President Trump used an old precedent and an executive order to remove al Allalawaralahali-Smith from the bench, citing gross negligence of his duties and wanton disregard for the United States Constitution. 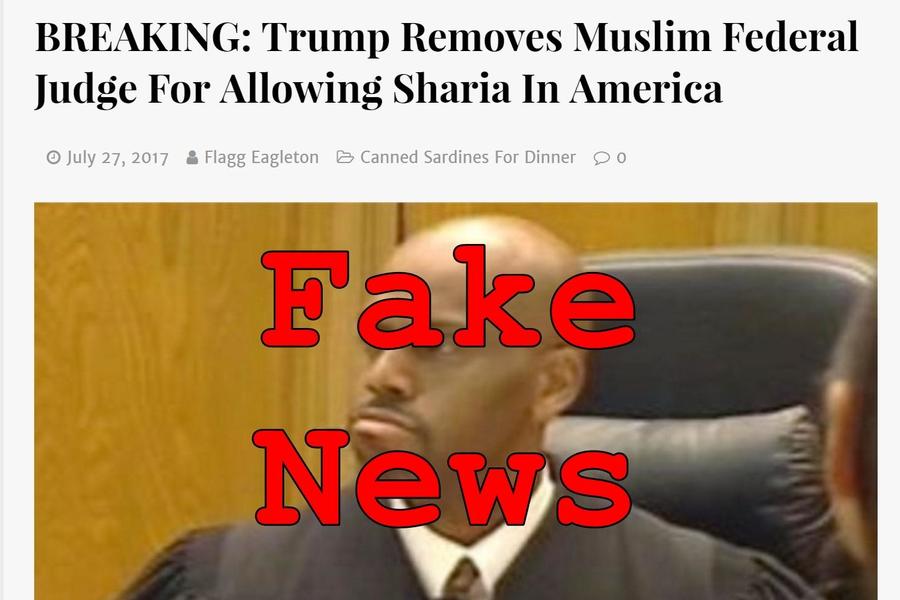 We don't even need to try and debunk that since the "22nd Circuit Court of Appeals" does not actually exist as we have already pointed out in this earlier article debunking the earlier claim from the same site that a judge from that court had declared certain parts of sharia law valid in the United States. In that article the judge's name was reported as "Mahal al Alallaha-Smith" though and a different fake picture was used with the story. This time the picture of William Thomas was shown, a gay black judge that was nominated for a federal position under the Obama administration but whose nomination was withdrawn.

Besides that there is also the disclaimer on the site's about page:

When no one can trust the lying fake news liberal media anymore because they hate us and guns and Harley Davidson and meat and OUR president, As American as Apple Pie is here to be your beacon of something you can kinda rely on sometimes but not really.

To remove all doubt, the footer of the site even has a "Satire Warning" icon:

So to believe and share this news you either have to be exceptionally dumb or just too lazy to actually click through and read the article. But it looks like hundreds of people still did so anyway you can see in the Trendolizer graph at the end of this article. Don't fall for it and warn others who might have been mislead into believing it.