Caught on dashcam: The horrific moment a Nollywood actor was killed in a devastating car crash

The final moments of a car crash that resulted in a talented nollywood actor being flung to his death were captured on video.

He is best known for his staring role in the love afrosinema films The Good Man, was a passenger in his car which was being driven by a friend when it smashed into a wall on the N2.

Video of the accident was at dawn shared across social media by friends of the 27-year-old who used it to warn others about the dangers of speeding.

Of course none of it is true. There is no such video and Ramsey Nouah is not dead. In fact, he posted this to his Instagram account on July 10th 2017, something quite hard to do for a dead person:

The official launch of the @westernlotto.com with my great friends as the brand ambassadors @aycomedian @official2baba. Much luv

The crash photo that is shared with the fake article is actually from a 2011 accident that happened in Paris, Tennessee, USA. 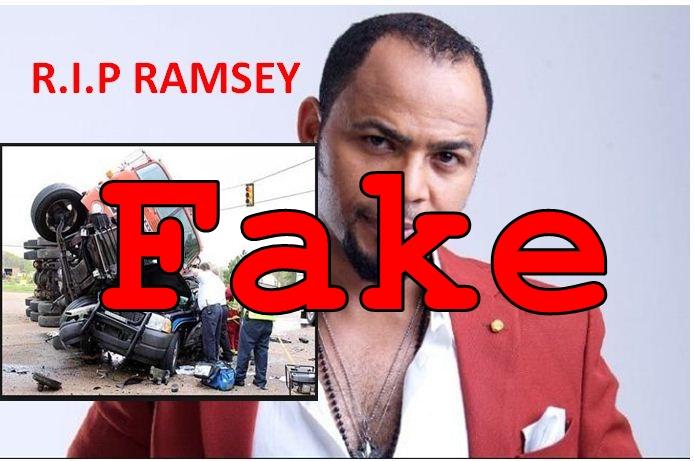 Despite being several days old this hoax keeps on racking up likes and shares as the Trendolizer graph at the end of this article clearly shows. If you see any sad Ramsey Nouah fans, cheer them up by pointing them to this article.