Police have reportedly launched a murder investigation into Chester Bennington's death with insiders believing it is "extremely likely" the Linkin Park frontman was killed in eerily similar circumstances to his close friend Chris Cornell.

Detectives are looking into whether Chester Bennington was murdered, with the death scene later arranged to resemble a suicide. They have put a team of investigators in place and are refusing to rule out a criminal homicide charge.

"Murders are sometimes made to look like suicides. We think he was murdered, we just have to find out who was behind it," said a police source. 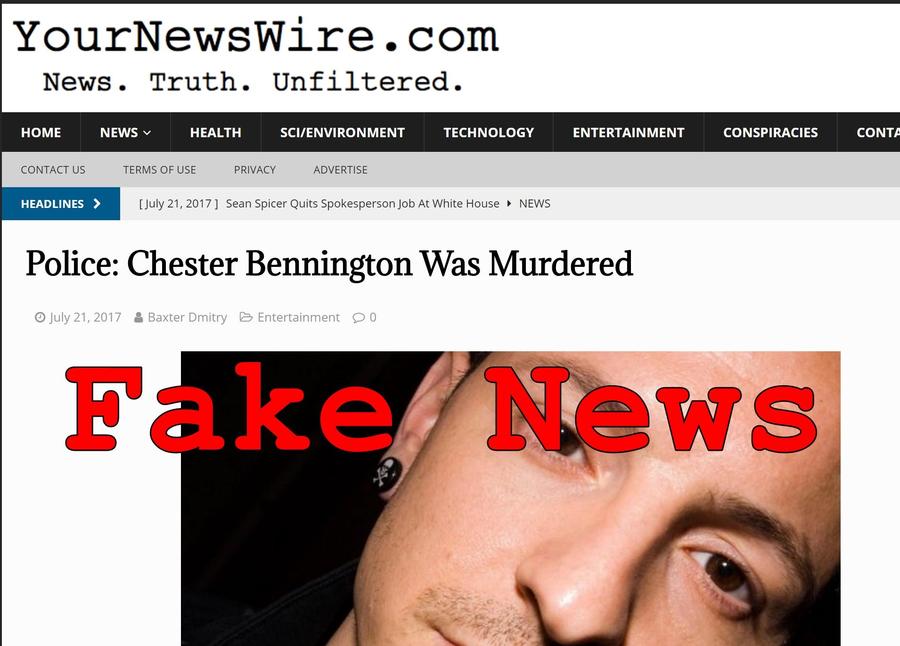 None of the police sources are actually named in the article. And there is no link or mention to any kind of an official announcement that Chester Bennington's death is being investigated as anything else than a suicide.

One name that does appear in the article is an "Investigator" named "Randy Cody" who supposedly spoke to the Detroit Free Press but whose name does not actually appear in the linked article or anywhere else on the site of that newspaper. He is supposedly investigating the earlier death of Chris Cornell but it is unclear what this has to do with Bennington's death and the article doesn't make it clear.

Investigator Randy Cody is among those questioning the suicide ruling. He points to perceived timeline gaps, forensic questions and what he says are two signs that Cornell had a head wound that was not mentioned in autopsy reports.

The autopsy of Bennington is scheduled to take place on friday according to Brian Elias of the coroner's office in USA Today:

An autopsy has been scheduled for Friday, he said.

So, in summary: a site known for spreading fake news trots out an amateur investigator who is investigating a different person's death and concludes that this means the police said Chester Bennington was murdered.

Despite that the story is going viral as the Trendolizer graph at the end of this article shows. If you see any Linkin Park fans being mislead by this article, send them here for better information.