Democrats love to say they're the party of racial tolerance, but after civil rights legend Rosa Parks' daughter spoke out in support of Donald Trump, liberals acted like liberals and trashed her mom's grave.

Parks is buried at the Rosa Parks Memorial Cemetery in Birmingham, Alabama and Leftists decided to get their revenge on Muriel Parks-Griffin for calling our President a "modern civil rights hero" by trashing her grave.

Vandals knocked over her headstone and sprayed the "anarchy" sign that is often seen in groups of "antifa" instigators.

It is a sequel to another hoax that appeared earlier about Rosa Parks' daughter praising President Trump's response to the events in Charlottesville which was also untrue... because Rosa Parks never had a daughter. Note that in the earlier article the fictional daughter was named "Muriel Parks-Rosenberg" (in the present one it is "Muriel Parks-Griffin"). 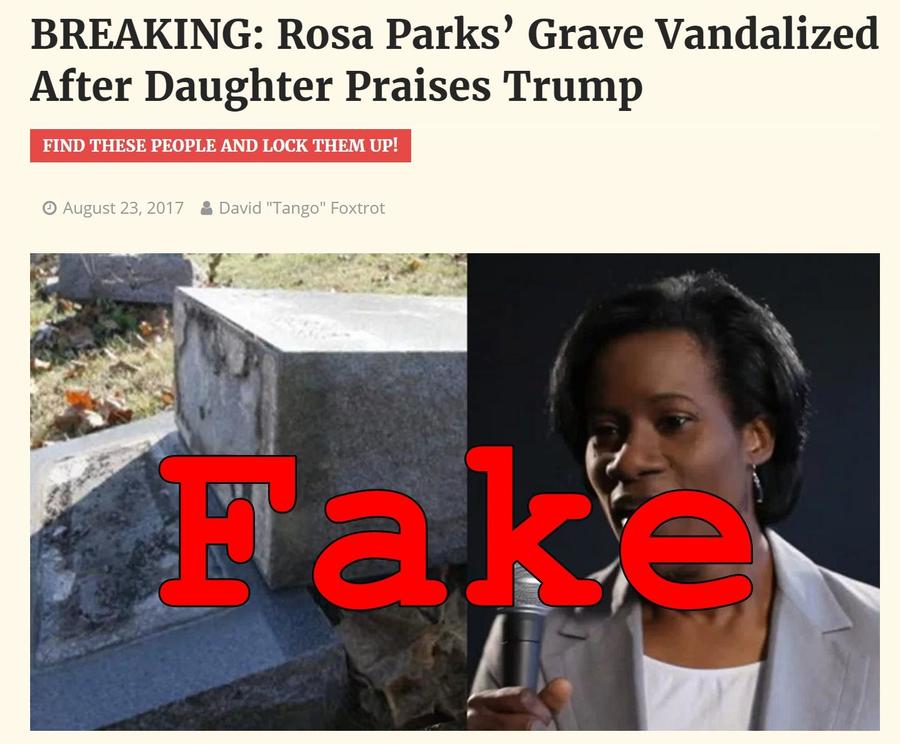 The woman in the picture was lifted from a stock video showing a "motivational speaker".

All of this is just barely funny satire, as the disclaimer at the bottom of the article attests:

So if you encounter any people online spreading this hoax as if it was real, send them here for a dose of truth...