A satirical website published an article with a photoshopped image suggesting Donald Trump was planning to use U.S. Navy ships to spell out phrases singing his own praise that would be visible from space. The article, titled "Trump Orders Navy Fleet To Spell Out 'Donald's The Best' With Warships", opened:

THE US naval fleet in the Pacific Ocean has been put on high alert after reports from Washington suggested that President Donald Trump may be planning to send more ships to the area and arrange them so that they spell out a message that can be seen from space.

Trump is currently deciding between 'Donald's the best' and 'Trump is number one', and has begun negotiations with his military advisors to see which one would be possible with the warships available in the area at the moment. 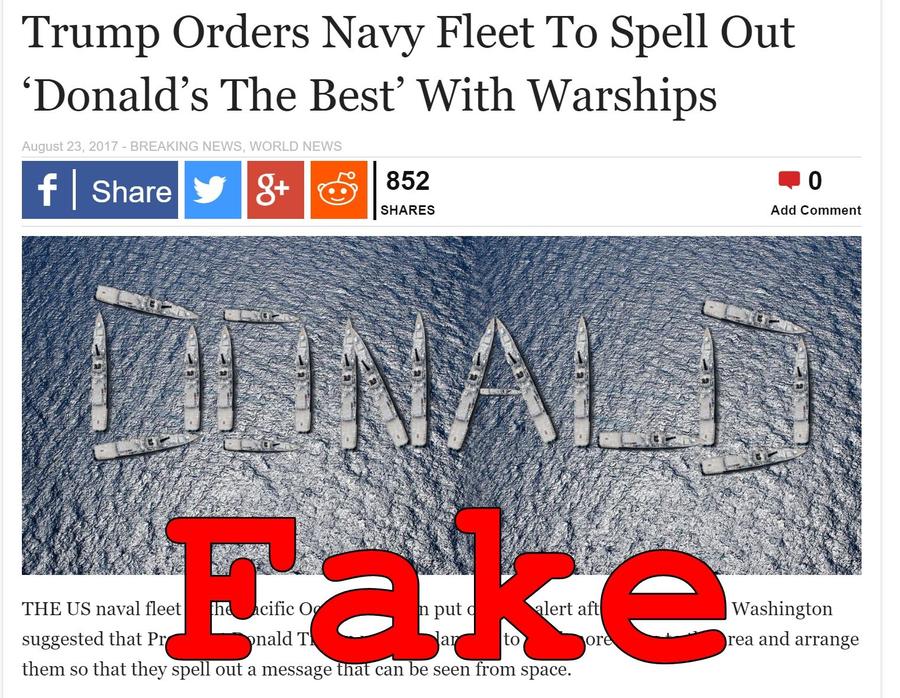 Of course the image is clearly a photoshopped fake as all the warships in it are the same (but some have different sizes). In addition to that, "Waterford Whispers News", the site that published the article, is a well known satire website with following disclaimer:

So if you see the story pop up in your newsfeed (or maybe just the image) know that it originated on a satirical website and that you are allowed to laugh at people sharing it while believing it is real.